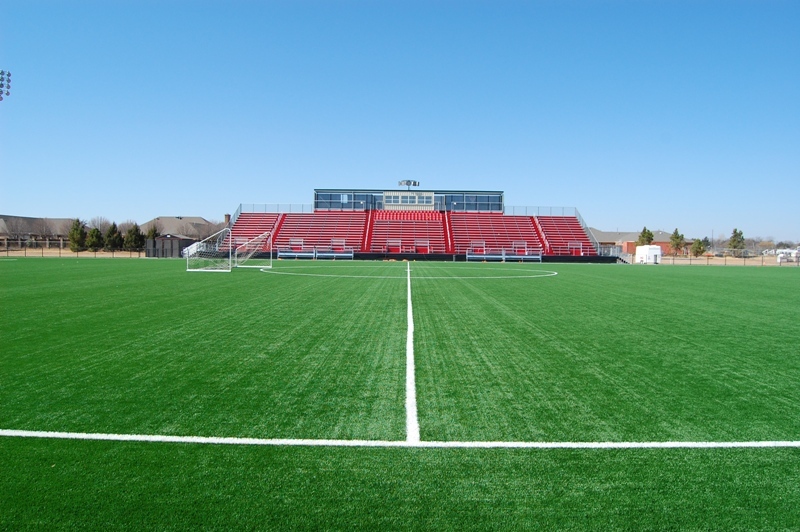 Does the Texas Tech soccer team have what it takes to make a run in the postseason?

Disclaimer: I haven’t watched many Texas Tech soccer matches. I used to work a lot during their games and only watched them occasionally on TV. This is from my prospective from watching about half their games this year.

The last time Texas Tech soccer won a postseason game, two of the all-time greats in Janine Beckie and Alli Murphy were in their senior season. The season prior, the program had their best finish ever in the Sweet Sixteen, with the two players listed above along with Jaelene Hinkle.

That was in 2015. The last two years haven’t been the best for the program. Texas Tech squeezed into the postseason in 2016 before falling to Utah, and the Red Raiders missed the postseason altogether last season. With basketball, men’s golf and women’s tennis reaching the Elite Eight, the soccer team has fallen a bit under the radar.

However, there’s reason to believe that Texas Tech soccer is back. And not the poorly ill advised quote like the one about american football team down in Austin back.

How Have They Done So Far?

For starters, the Red Raider team has started off 8-1 on the season, and have increased their margin a victory more so as the season progresses. They defeated a ranked opponent in No. 18 Pepperdine and have traveled to the west coast plenty of times, coming back with victories.

The Red Raiders have three of the six leading shot takers (and shots per game) in the Big 12. Even though only one of those players is Top 5 in goals scored, it keeps the defenses and goalies on their heels and wears them down. More often than not, they eventually get the ball in the back of the net.

The defense has done great as well, posting six shutouts and allowing just one goal in the other contest. It’s hard to lose games when the other team struggles to score goals.

Why May This Year Be Different?

Depth. Tom Stone is great coach and has reloaded the team once the group that led the Red Raiders to their first Sweet Sixteen ever graduated. Remember that stat about shots taken above? The Red Raiders rank third in shots and are fourth in goals scored.

Their shots on are setting up goals for other players. Stone doesn’t have a Beckie on this team, but he does have an upperclassman and leading scorer Jade King, who is second in the Big 12 in goals so far with six. He also has some amazing stud in an All-Big 12 freshman in Ally Griffin and an All-Big 12 freshman snub in Kirsten Davis.

Those three are among the top six in the Big 12 in shots per game, and have plenty of opportunities to not only score, but give other players chances. This has led to goals by several other players who were in the right place at the right time, including freshmen Charlotte Teeter and Cassie Hiatt among others.

Defensively, they are also third allowed in the Big 12 in goals allowed with just three so far. Marrissa Zucchetto was fighting to replace All Big-12 first team player her freshman year, but now she’s got a hold on the job and has done outstanding so far. She’s decreased her goals allowed per game by half so far.

Zucchetto also has two seniors in front of her on defense, which is great for a young goalkeeper. She also was the Big 12 defensive player of the week during the opening weekend.

How Will The Rest Of The Year Play Out?

Right now as we speak, Texas Tech is just half a game out of first place (due to the fact Tech loss, while Texas tied one match). However, the Red Raiders may quickly jump out of the gate early in the Big 12.

They host West Virginia, who is typically good by hasn’t done well the last couple years, and Iowa State, who is currently last place in the Big 12. Then they travel to Norman. Very rarely do you face three of the four teams with lowest records to start Big 12 play, but the Red Raiders do here. A minimum of 2-1 is necessary, and preferably 3-0.

After a home match-up with Baylor, the Red Raiders face a gantlet in the Big 12, with games at ranked Oklahoma State, at Kansas State, at TCU and finally home against ranked Texas. This is where we’ll truely see what this team is made of.

That being said, if Tech can take care of business early, they should be in the tournament this year. It’s going to be interesting to find out how the Red Raiders play during the Big 12 schedule.