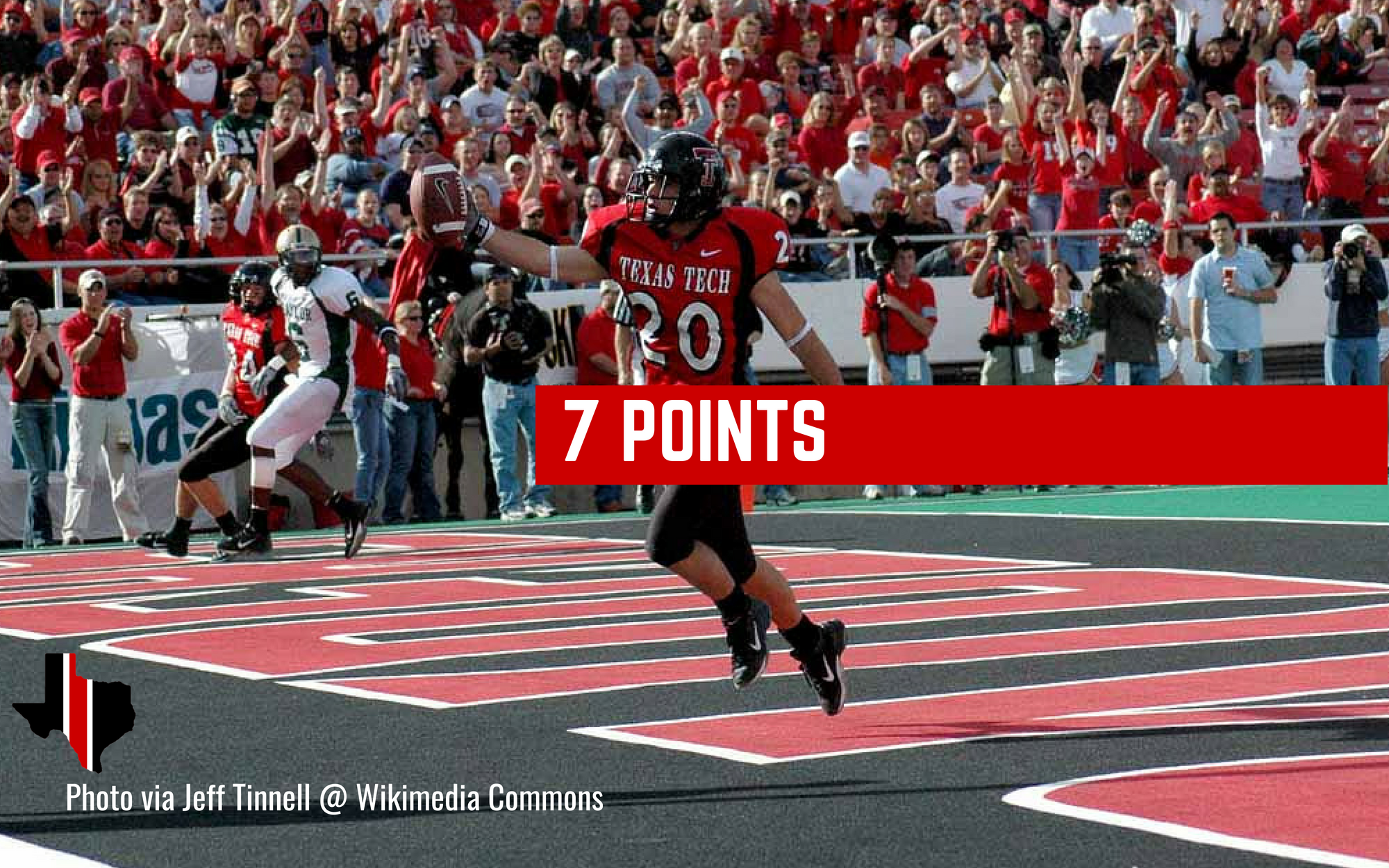 The Line: None (OddsShark)

One uniform combination down for the year and I don’t recall wearing it last year. 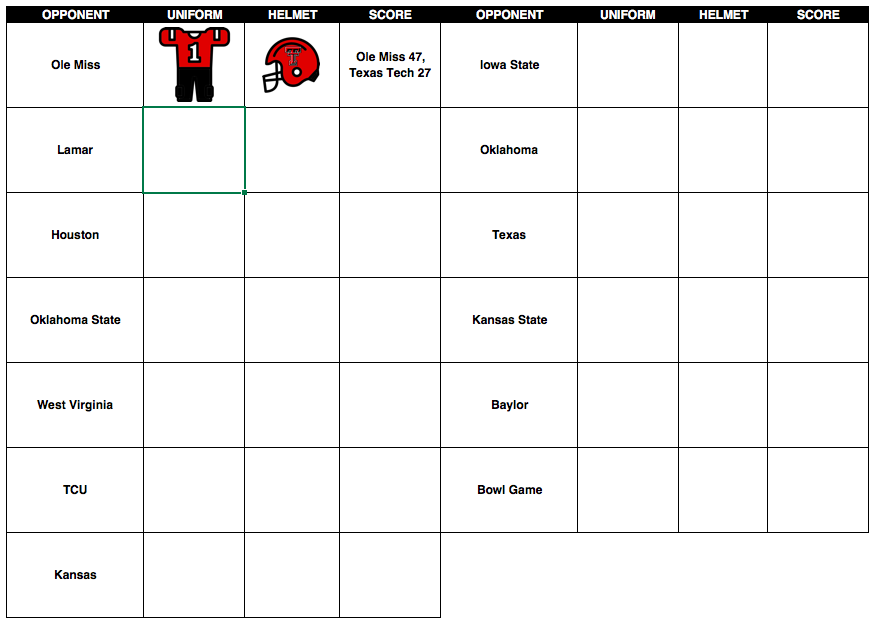 So, we should know a lot more than we did at this time last week. Here are the things that I think about the team with a very small sample size.

The offense has to be better because this offense cannot outscore opponents. Either that, or the defense is going to have to be significantly better. You’ll have to choose between the two ,but I think one of the two will need to happen. I think it’s easier for the defense to get better. For whatever reason, the linebackers were pretty terrible overall on Saturday and there’s a lot of room for improvement for those guys. The potential is there, but those guys are going to have to get in the film room and see how they just didn’t make an impact. That can’t happen again.

The offense needs someone to be a playmaker. A guy that the opposing team is going to be afraid of and that the opposing team needs to actually gameplan for. Right now, there’s not that guy on the team and that’s concerning. The closest guy on the team is T.J. Vasher and as I mentioned after the game, Bowman (or whoever is at quarterback) has to look Vasher’s way and the quarterback has to figure out how to throw Vasher open. Defensive backs cannot cover him on the outside, they just can’t, but the receiver is dependent on the quarterback and if he doesn’t even look Vasher’s way, then it’s just not going to work. Da’Leon Ward would be another option and I think the offensive line was pretty good, but they’ll need to be that much better in order to get Ward over 150. Granted, Ward didn’t really play in the second half of the game, but Ward hasn’t exhibited breakaway potential. I’m not giving up on him, but I think this team is made to have a receiver be the significant player and the player that’s tough to gameplan for.

Again, I think the defense is an easier fix, and I know that Bowman will get better, but I’m pessimistic that the progress is really going to come against Lamar. That’s not exactly a real barometer for success.

I need a separator here because I wanted to keep track of any freshmen that played and in looking at the box score from last week it appears that the following freshmen received paying time: KeSean Carter, Erik Ezukanma, and Ta’Zhawn Henry. I did not see any defensive true freshmen listed, but this is where you help me help you. I’d imagine that we’ll see a lot more freshmen this week. And to remind you, freshmen are allowed to play 4 games without having their redshirt removed, so these guys can keep their redshirt even though they are playing.

I’m going to make you watch highlights from last week for Texas Tech and let’s look at each of those big touchdowns . . . the first touchdown given up, the long pass play to open up the game, Demarcus Fields just falls down. I don’t know what happened here and why he just fell down. Additionally, John Bonney (I think that was him, but I suppose it could have been Thomas Leggett, I just can’t see the number clearly) took a bad angle to start the play, maybe he thought that Fields would be able to delay the play enough to let him get there, but that didn’t happen . . . The kickoff return for a touchdown, the Ole Miss blockers really did a nice job of executing, sealing off blocks on either side of a tunnel that they created right around the 20 yard line. Since everyone got blocked, everyone overran the play from Texas Tech’s perspective. The guy that dives at the returner’s feet (maybe that’s #36?) somewhat cuts off Adrian Frye’s pursuit, but I don’t think Texas Tech is catching him . . . The next Ole Miss touchdown is the 37 yard touchdown and when you all want to blame the safety, which is fine, he did whiff tremendously, watch the linebackers and how quickly they get absolutely blocked and sealed by Ole Miss. There’s 37 yards of open field and just 1 man to beat because it was 4th and 1, everyone was on the line of scrimmage (except for that safety) . . . There’s the nice throw from Bowman there and a field goal for Texas Tech . . . The next Ole Miss touchdown is from their own 35 yard line where you’ve got all three down linemen engaged with blockers and Dakota Allen runs right into the pulling lineman with Kolin Hill trailing the play. Everyone is blocked. Leggett misses the tackle at the first down marker and it’s church. Ole Miss went trips right and then ran away from the formation so there was a math advantage from running that direction, but I’m sure the plan wasn’t for Dakota Allen to just get swallowed up by that lineman . . . The next big play for Ole Miss, I think Texas Tech gets fooled into it being a run play from the play action. Texas Tech has 7 guys at the line of scrimmage and there are 3 receivers out in the pass play, Justus Parker has the slot receiver who scores the touchdown and Bonney is late to the play, or just doesn’t make an impact, but he should have been there . . .

There was no transcript from head coach Mike Schultz’s press conference this week, but Port Arthur News’ I.C. Murrell has a handful of quotes from Schultz had detailed the injury situation earlier in the week. In discussing the injury to Kendrick King, the starting slot receiver:

“The great thing about Kendrick, we’ve got people behind him,” Schultz said. “We’ll move D.J. [DeWan Thompson Jr.] and Kirkland Banks back in [the lineup]. There wasn’t really one starter. We felt both of those guys could go in get what we want done at the A-position (slot receiver). As far as talent and being able to do those type of things we want them to do with the offense with that position, I don’t think that’ll hurt us.”

“Tech is a system,” Schultz said. “It’s a good system. It looks to me, year after year after year, as they unplug one [quarterback], they just plug another one in. We’re just preparing for what they do. I don’t think they’re going to change that much.”

“It is a tough place to go in and play,” Schultz said. “I’ve been there several times. We’ll talk to our players about what to expect. It is a hostile environment. We’ll try to educate them on what to expect and how to handle it.”

Light a Fire: We talked about getting to 6 or 7 wins during the offseason and the reality of that situation somewhat rears it’s head here as this Ole Miss game was a toss-up in a lot of ways. It was, in fact, not a toss up, so I don’t know if this tilts the scales closer to 5 or 6 wins with this loss being so dramatic (i.e. it wasn’t really even close).

Eraser Wanted: Who on the defensive side of the ball was erasing those mistakes last week? I can’t think of any, but I mentioned above that both Dakota Allen and Riko Jeffers need to be erasers. Erase those good plays.

Needs Repair: You could pretty much go to the defense here, but the special teams needs to reevaluate what they’re doing. I think Panazzolo is a decent fellow, but he’s just got to be better. There’s no excuse to get that sort of shank punt as Aussie kicker. And the kickoff coverage cannot be as bad as it was to open the game (or really any time) and is flatly inexcusable.

Under the Microscope: Bowman, whether he likes it or not, is under the microscope for this game and I know there are a handful of folks that thought that he looked pretty good against Ole Miss, but he completed about 50% of his passes and there were a ton that were severely off-target (from where I was sitting). It’s not easy being the quarterback and it’s especially not easy being the freshman quarterback.

Tacos vs. Burritos Matchup of the Week: Let’s just say it’s the Texas Tech linebackers versus the quarterbacks and running backs for Lamar. These are the rushing numbers for the Lamar running backs after one game:

That’s only one smaller back and even the quarterbacks have pretty decent size. I’d expect a heavy dose of Lamar running the ball.