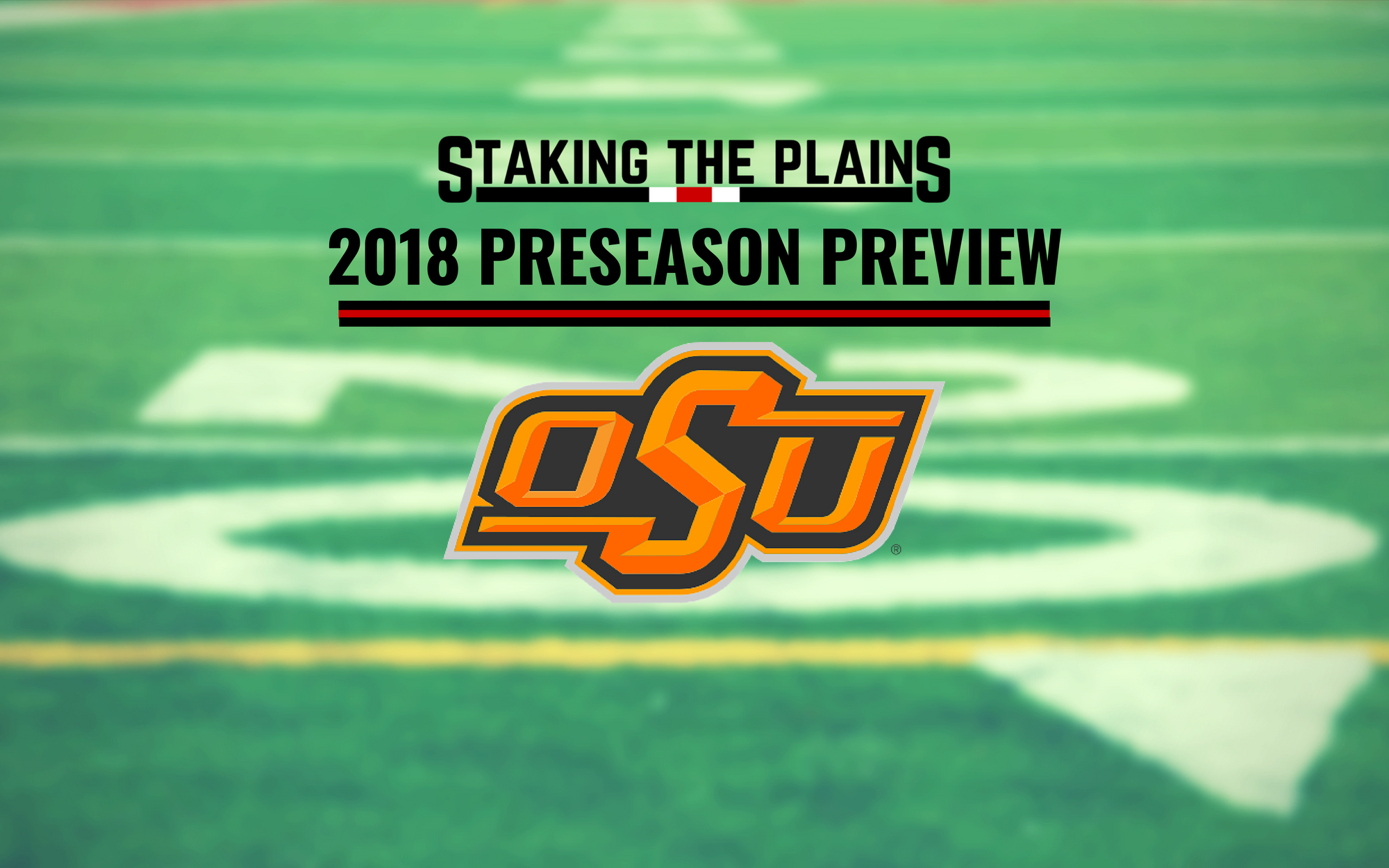 The Cowboys have won nine in a row. Nine.

RB Justice Hill (5-10/190): Hill ran for 1,467 yards on 268 carries for an average of 5.5 yards per carry plus 15 touchdowns. I think if you would have asked me if Oklahoma State had a guy rush for 1,500 yards last year, I would have told you probably not but Hill was terrific for them last year. And it wasn’t just running the ball, Hill caught 31 passes for 193 yards for 6.2 yards per catch plus a touchdown. Not sure if he’ll be more involved as a junior, but that would make Hill significantly better.

WR Jalen McCleskey (5-10/170): With James Washington and Marcell Ateman graduating, McCleskey is the leading returning receiver and much like Dillon Stoner, McCleskey is an inside guy who caught 50 passes for 647 yards, about 13 yards per catch and 6 touchdowns. Oklahoma State will have to replace an All-Big 12 quarterback in Mason Rudolph and Washington and Ateman. It won’t be McCleskey or Stoner, but they might be the most productive.

The relationship between Mike Gundy and his athletic director, Mike Holder, is the most strained in college football? I don’t know if that’s an understatement, or an overstatement, or simply true. It’s at the very least weird. Holder said during the offseason that Gundy should be recruiting better, and gosh, this is where you’d love to be where Oklahoma State is, winning 10 games a year and you have the AD criticizing that accomplishment to an extent.

And the crazy thing was that Gundy really wasn’t satisfied with last year’s result to an extent because he fired long-time defensive coordinator Glen Spencer and hired Jim Knowles, the former Duke defensive coordinator. Knowles’ Duke defense last year was 40th overall, 17th in efficiency, 95th in explosiveness, 17th in field position and 50th in finishing drives. That’s pretty good and maybe the biggest difference is the havoc rate, 42nd for Oklahoma State last year, 20th for Duke. In fact, the defensive backs is probably the biggest difference, 66th for Oklahoma State last year, 6th for the defensive backs for Duke.

Yurich as the offensive coordinator has been very good and for that trivia question that you may never need, he was previously at Shippensburg University, which is in Pennsylvania. OSU has been very good on offense, but they’ve also had a lot of very good players and now, a lot like Texas Tech, replacing that very special quarterback will most likely be a letdown because Rudolph, Washington and Ateman were so good. There a handful of options to replace Rudolph including Taylor Cornelius, Hawai’i graduate transfer Dru Brown, John Kolar, Keondre Wudtee and Spencer Sanders.

Brown: Passed for 2,785 yards, completed 62%, 18 touchdowns and 8 interceptions last year for the Rainbow Warriors.
Cornelius: Originally from Bushland and a walk-on (originally, he was a walk-on) and backed up Rudolph last year, but only threw 10 passes.
Kolar: A former 4-star quarterback that’s been in Stillwater since 2015.
Wudtee: A redshirt sophomore that threw 3 passes last year.
Sanders: A true freshman from Denton Ryan that had terrific numbers as a senior, but he’s a true freshman.

Very good offensively and just mediocre on the defensive side of the ball. You’d have to imagine that the offense won’t be as potent as it was last year and that’s okay. The former LSU receiver, Tyron Johnson and Tylan Wallace will try to replace Washington and Ateman and they just don’t have a lot of experience.