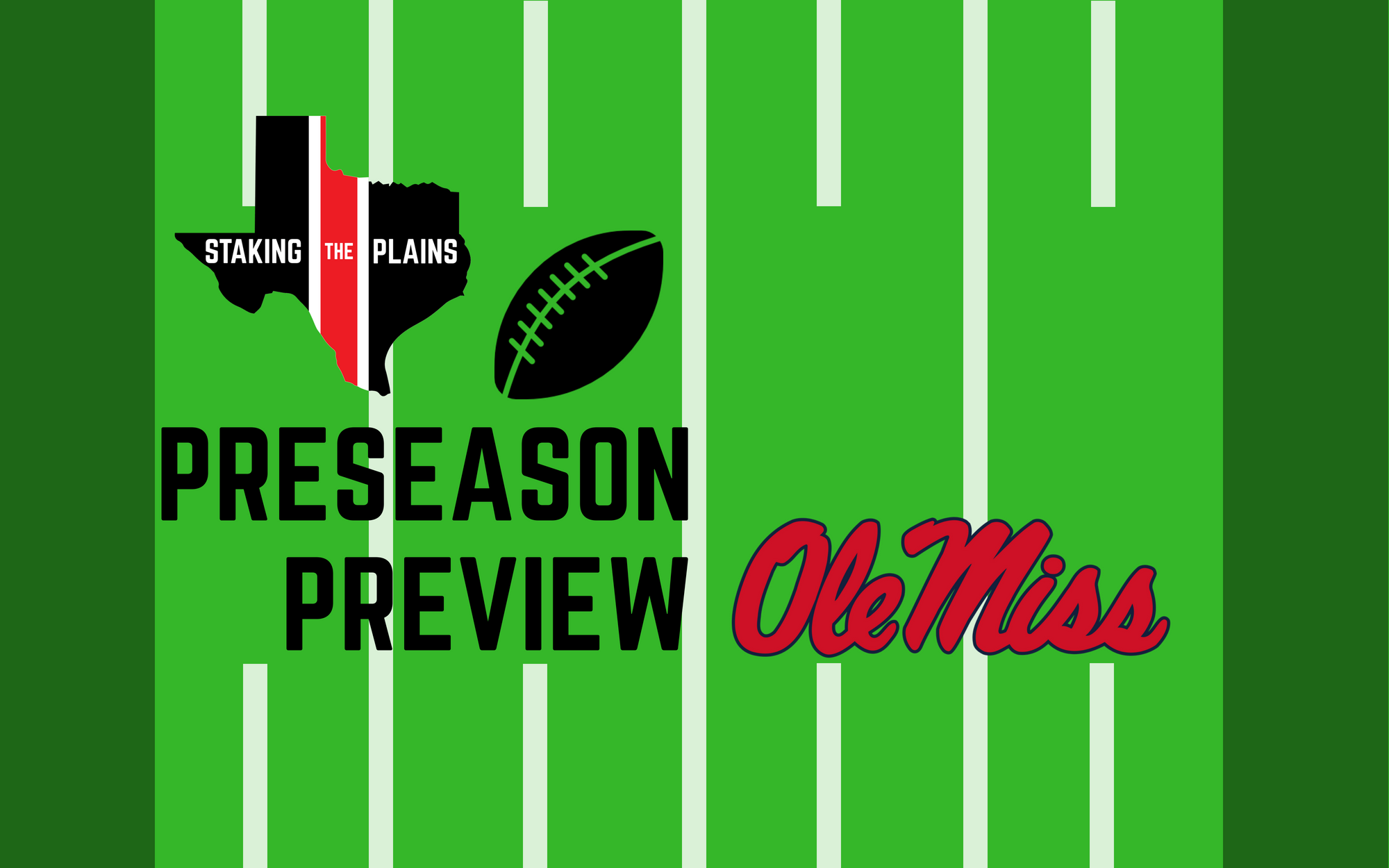 QB Jordan Ta’amu (6-2/212): Ta’amu played in 8 games last year, but only had meaningful in the last 6 games where I’d guess he started and he played really pretty well. In those 8 games, Ta’amu completed 66% of his passes for 210 yards a game, 11 touchdowns and just 4 interceptions. Ta’amu wasn’t a running threat necessarily, maybe 3 rushes a game. So Ta’amu’s biggest advantage is the fact that he averaged 9.7 yards per pass, which is spectacular for this offense.

WR A.J. Brown (6-1/225): Brown was the leading receiver last year, grabbing 75 passes for 1,252 yards and 11 touchdowns. Brown averaged about 17 yards a catch, which means that he’ll probably go deep and intermediate routes. Brown was a sophomore last year, so he’s a junior this year.

Head coach Matt Luke is Ole Miss’ version of Kliff Kingsbury, an alum, graduating in 1998 from Ole Miss and a team captain. Luke bounced around the Southeast as a coach and eventually settled at Ole Miss in 2012 to coach the offensive line and be the co-offensive coordinator. So he’s offensively minded, but I don’t think he calls plays (we’ll get to that) and when Hugh Freeze was terminated for all of the nonsense that he did, he became the head coach last summer and was the head coach all of last year.

The play-calling duties fall most likely to Phil Longo, who was previously at Sam Houston State. In fact, I think that Longo was probably one of Kingsbury’s targets as offensive coordinator, but Ole Miss is paying Longo $700,00 a year to do that and I don’t think Texas Tech really could have competed with that. And Longo did improve the offense, 9th in S&P+, but probably wanted to be a better at scoring points, only 47th in points per game. The biggest improvement was in passing the ball.

On the defensive side of the ball, Wesley McGriff is the defensive coordinator and since we’re also talking salaries, McGriff made $1.1 million last year. McGriff was at Auburn before joining Ole Miss and was at New Orleans before that. Before McGriff’s arrival, Ole Miss ran the 4-2-5 and McGriff ran the 4-3, which is not a surprise given McGriff’s NFL experience, and much like David Gibbs, McGriff is a secondary guy.

Ole Miss was a good team last year, probably plagued a bit by what happened with Freeze, but they were a top 40 team, with basically a top 10 offense and a defense that struggled. So, they were essentially a version of Texas Tech (Texas Tech has a slightly worse offense and a better defense).

So yeah, what you’re getting is a team that’s pretty good on offense, and Ta’amu is likely to improve, so expect an uptick and the defense, although overall wasn’t very good, they simply just didn’t cause a lot of problems for opposing offenses. The only position that really did any damage was the defensive line and Ole Miss is replacing a lot of talent at that spot, as well as the starting linebacker that was also the leading tackler (by 40 tackles or so).

The intriguing thing to me is that Ole Miss is facing all of these potential punishments for what Hugh Freeze did while he was in charge and they’ve still recruited fairly well, well enough (28th overall according to 24/7 Sports). Ta’amu will be the toughest challenge for the defense, I think he’s better than you’re probably giving him credit and if Longo was good enough for Kingsbury to hire, don’t doubt his ability to throw out a productive offense. I think at this point, Texas Tech has enough bodies to throw at Brown to maybe contain him to an extent. Ole Miss had a few departures on the defensive line, so despite the fact that I think that Coatney is a dude, he may be surrounded by some relative inexperience.

For me, my biggest questions for the first game of the year will be how prepared Texas Tech will be offensively. I still have a ton of questions and I don’t know that they’ll be answered until that first game is over and done with.

I usually put this disclaimer at the top, but it’s here at the bottom. I’m not an Ole Miss expert, I just try to educate myself as much as I can on a Saturday morning about an opposing team.