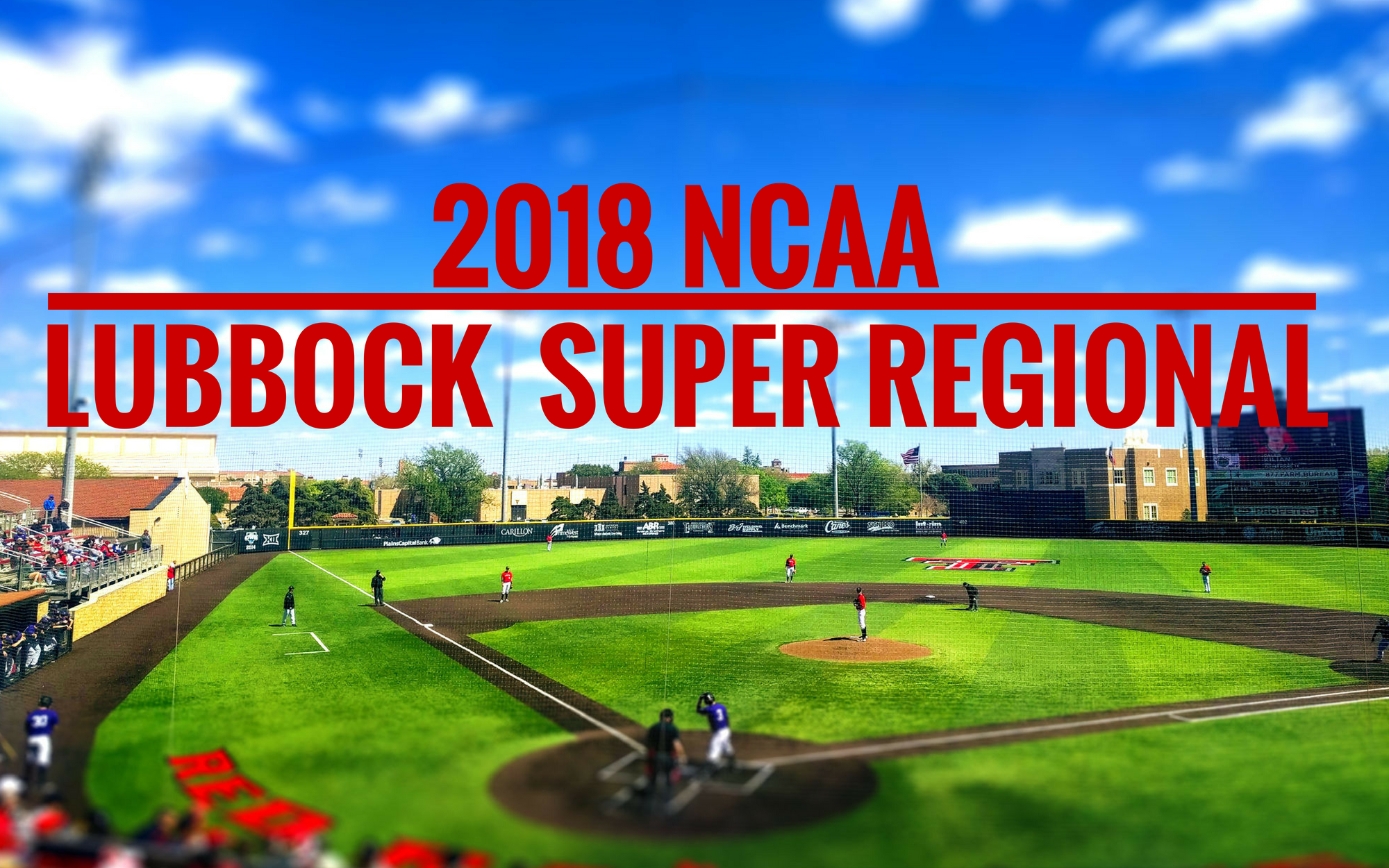 The Red Raiders host the Duke Blue Devils in the Lubbock Super Regional.

The offense had better be ready to come out and play as this appears to be one of those classic offenses versus defense sort of situation as the Blue Devils are a very good team on the mound and in the field. Actually, I was a bit surprised by the fielding percentages of some of these players as I was compiling stats. Duke has good hitters, and maybe they are timely hitters based on what they did to a very good Georgia team last week, but Duke isn’t some terrific offensive team. The one thing that might be a bit worrisome is that Duke did all of this one the road in a very pressure packed situation, so they might be thinking that they’re playing with house money at this point.

Texas Tech has, by far, more big bats, but they’ll all need to hit to beat Louisville. I think it was LaBarre that mentioned that Duke doesn’t have great starters (all have ERA’s over 5), but their bullpen is lights out if they’ve run down that ERA to under 4. And maybe more than that is that Duke doesn’t issue many walks, at least not as much as Texas Tech. Those mistakes add up over time.

I don’t know who is pitching, that is normally in the PDF each series, but it wasn’t in there this time, so I’m guessing that Tadlock will let us know sometime today. I’ll also update the “News, News, News, News” portion of this tomorrow morning when there will likely be more stories published.

UPDATE: It’s been updated with as many articles as I can find, as well as starting pitchers added. Dusek gets the start. Let’s go.

Should be a fun weekend.

What a heck of a comeback, but I felt strangely secure that despite the score, Texas Tech was peppering the Duke starter for the most of the day and I wasn’t intimidated by Duke and I don’t think that Texas Tech was either. Dylan Dusek only lasts 1.2 innings, giving up a 4 pitch walk that ended his day and Ryan Shetter was pretty danged impressive, going 4.2 innings, giving up 4 hits, 2 runs and striking out 3. That’s right, no free passes for Shetter. Jose Quezada (W, 5-2) gets the win pitching in the 7th and 8th giving up just a run after a shakey start, and Ty Harpenau shuts things down in the 9th.

The offense struggled a bit to get things going, they get kept getting guys on base, but couldn’t follow through with any runs. Down 3-0, Texas Tech got two runs back in the 5th off of a Grant Little double that scored Brian Klein and Gabe Holt. In the 6th, Cam Warren scored on a fielder’s choice that tied the game. Duke would get one back in teh 6th and then the dramatic shit started happening.

Zach Rheams hit an absolute bomb to right field in the 7th inning that tied the son of a gun. And in the 8th, Texas Tech would go up for good as Gabe Holt would single, scoring Cody Farhat who was just scooting through the bases to give Texas Tech their first lead of the game, and then Brian Klein doubled to right and Gabe Holt would set a flipping land speed record and score to make it 6-4.

Not a fun game, well, it was fun early before Duke just started punishing Caleb Kilian’s pitches. Kilian was okay early, but he was seemingly in trouble early, but then Kilian gave up 4 in the 4th and then was hammered again in the 5th and Kurt Wilson really didn’t stop the bleeding and 10 runs scored by the end of the 5th and it was all but over. The Duke pitchers pretty much kept Texas Tech off track for most of the game and the offense only mustered 9 hits (to Duke’s 16 hits), but they were scattered at best until the game was well out of hand.