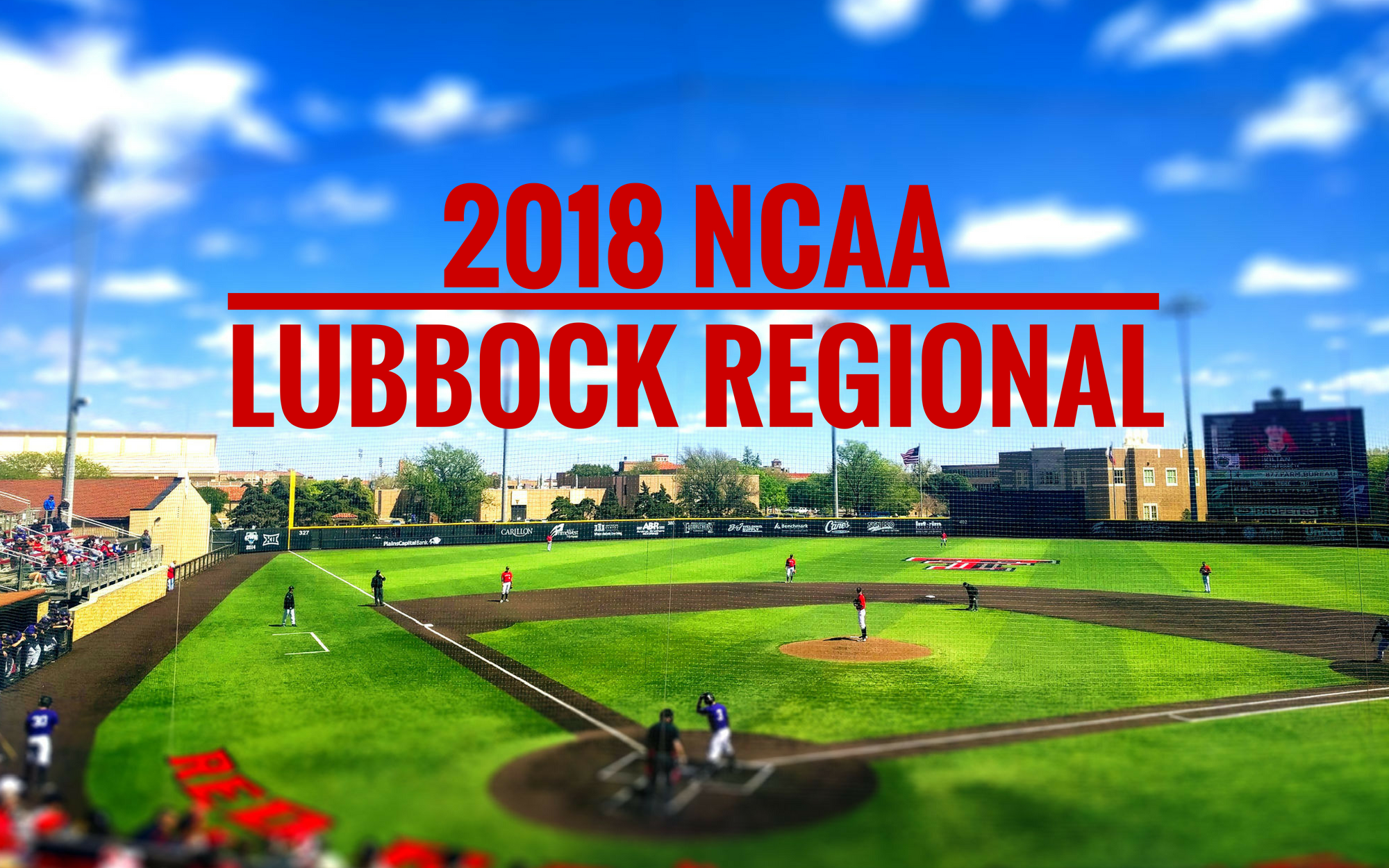 You ready? Yeah, me too. Texas Tech is set to host this regional with Louisville, Kent State and New Mexico State and I think we’re all just a bit nervous of Texas Tech’s prospects this year. We don’t need to relive history, but losing two starting pitchers at the beginning of the year has made this particular year a bit tougher than expected, and despite that, the Red Raiders are still hosting an NCAA Regional Tournament and that’s probably pretty good given the circumstances.

I’ve posted the stats below and it’s always tough to detail how these teams compare given different conferences and things like that. There are nuances to each conference, big or small, but I think it’s safe to say that this could be a really offensive-minded regional. It seems that all of the teams in this regional can hit and put runs on the board. Whoever can keep a pitching staff together for four games will likely be standing at the end.

A couple of numbers for you to chew on. Louisiville had the 24th best RPI (their only significant non-conference opponent was Texas Tech), Kent State is 61st overall, and New Mexico State was 87th overall. In terms of strength of schedule, Louisville was 63rd, Kent State was 204th and New Mexico State was 212th. Texas Tech was 10th in RPI and 16th in strength of schedule and if you want to know why Texas Tech was this close to being a national host, it’s the hellish schedule that Tadlock put this team through, particularly early in the year. It’s somewhat amazing to consider that this team only suffered 17 losses with that schedule. 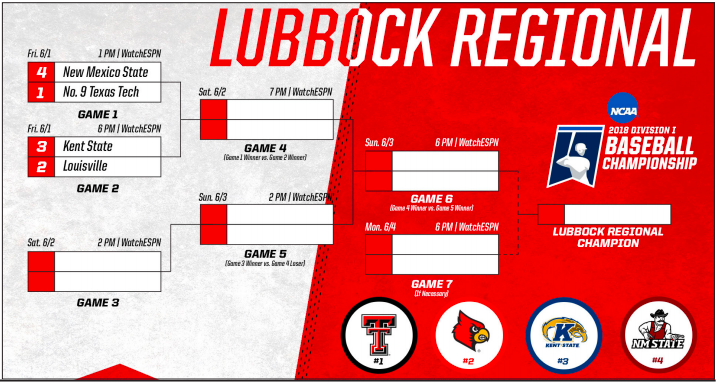 Courier-Journal’s Jeff Greer: Heat is on for Louisville pitchers this weekend at the NCAA Tournament

MinorLeagueBall’s Shaun P. Kernahan: Breaking down every player to watch in this weekend’s NCAA Regionals

A sterling pitching performance by Dylan Dusek and Ryan Shetter as they combined for 7 innings, 5 hits, 1 run, 1 walk, and 6 strikeouts (5 of them from Shetter). Dane Haveman started the 8th inning, but was replaced by Connor Queen after Haveman gave up a run relatively quickly, and Queen allowed 3 hits and no runs and it was game-over. Zach Rheams started the offense on the right foot as he hit a 2-run home run in the first (Grant Little had a double that scored the first run). Michael Davis was fantastic, going 2-3 with 3 RBI. Rheams was 1-3 with 2 RBI and 2 walks. Cam Warren was 2-4 with 2 RBI. Josh Jung was 2-4, while Gabe Holt was 2-5.

This game set up perfectly for head coach Tim Tadlock, with Dusek getting the start adn eating up a few innings, and Shetter just shutting down New Mexico State. Now, Caleb Kilian will get the start against Louisville.

Caleb Kilian and Ty Harenau were really good, very good, to hold a terrific offensive team like Louisville to just 4 runs and the fact that those two went the entire 9 innings means that Tadlock has a ton of options available to him for the game on Sunday. Kilian (9-1) went 5.1 innings, allowing just 2 runs, 2 walks, striking out 4 on 103 pitches. Probably not as efficient that he would have liked, but I’ll take it. Ty Harpenau (S,3) went 3.2 innings, allowing 2 runs, 2 walks and striking out 2 on 52 pitches. The offense was terrific at the top of the lineup, Gabe Holt went 1-4 with 2 RBI (that hit was a double that scored Braxton Fulford), Brian Klien went 3-5 with 2 RBI. Josh Jung homered while going 2-2 with 3 walks, and 2 RBI. Grant Little went 2-4 with a walk, 2 RBI and a double that scored Jung.

Texas Tech will play the winner of Louisville vs. Kent State, which starts at 2:00 p.m., and the second game today will be at 6:00 p.m. If Texas Tech loses, both teams will be back on Monday for a win-or-go-home game to advance.

I didn’t notice until yesterday that TexasTech.TV has the highlights and presser, so that’s why these aren’t embedded.

With last night’s win, Texas Tech wins the NCAA Lubbock Regional and advances to a super regional, to be determined. Davis Martin was the old Davis Martin and Zach Rheams hit the heck out of the ball. Martin (W, 7-5) went 5 innings, giving up 2 runs, 1 walk and striking out 1 on just 66 pitches. Jose Quezada went 2 innings allowing a run, walking 2 and striking out 2. Caleb Freeman made things a little closer than they should have, giving up 3 runs in an inning or work, while Ty Harpenau made short work of the 9th inning, shutting down Louisville on just 10 pitches.

Rheams went 4-4 with 2 home runs, 5 RBI and just mashed the ball. As a team, Texas Tech collected 14 hits with Gabe Holt, Brian Klien, Grant Little and Cody Farhat all having multi-hit games. Farhat was 2-4 with 3 RBI and a home run while Jung was 1-5 with 2 RBI. Texas Tech would score the first 7 runs of the game before Louisville got on the board and would score in every inning through the 6th inning. Texas Tech would tack on two insurance runs in the 9th inning, including one of those Rheams home runs.