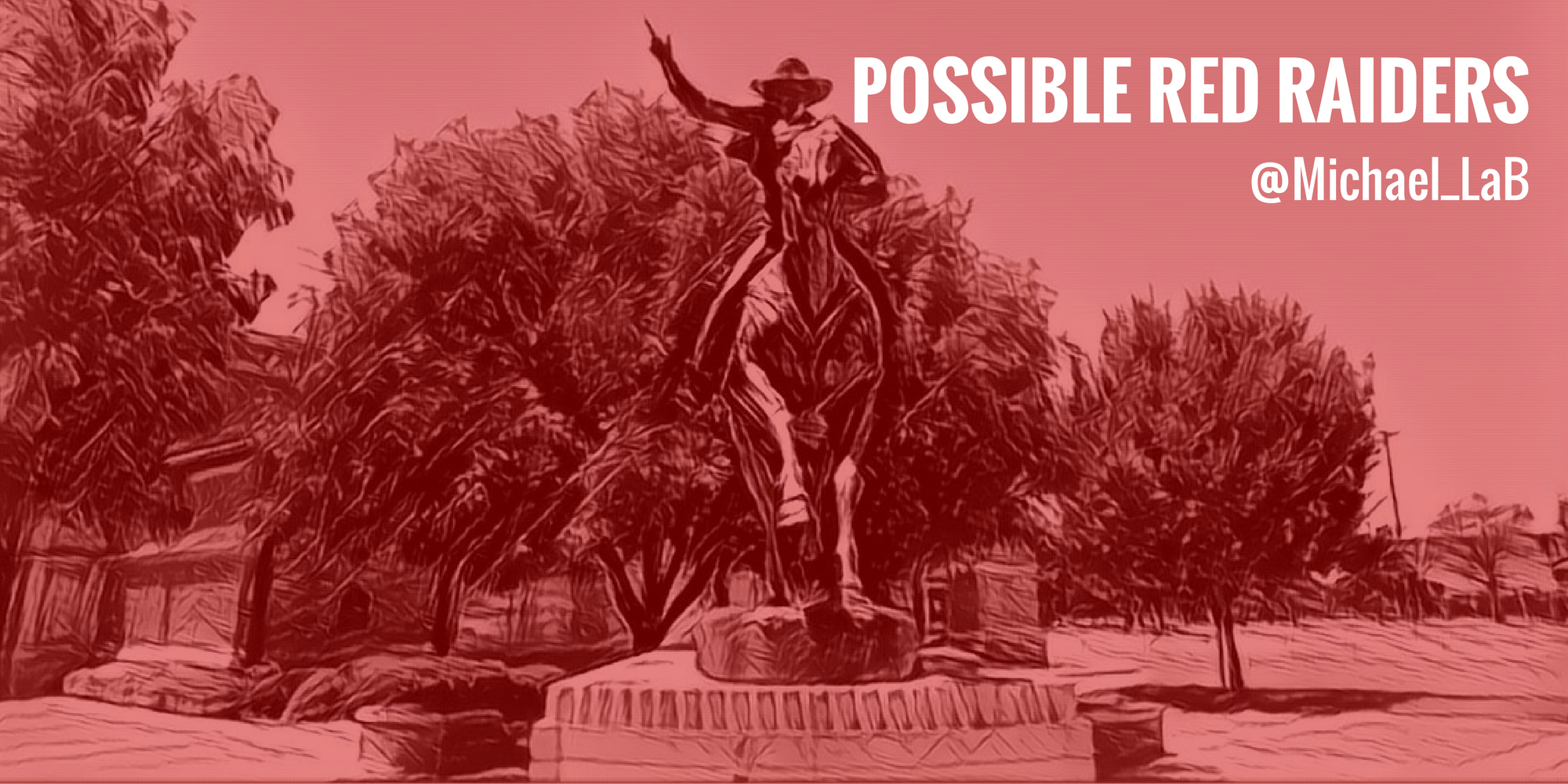 We take a look at a couple of 2019 recruits, new Red Raider offers and who can Tech still get for the upcoming season

Remember we mentioned that Emmett Jones visited Tascosa last week? Well we guessed that they were looking at Doerue and we were right, as the Red Raiders were the third team to offer him on Tuesday. Kansas extended an offer in December, and Iowa State and the Red Raiders gave him one last week. Although he only has three offers so far, I bet that number starts to increase we get towards the spring. Doerue is a panhandle recruit, and the Red Raiders have not done the best job keeping panhandle recruits at home, so it would be big to keep this one in West Texas. Now let’s take a look at what Doerue can do. Doerue has good agility for his size, making the slightest of moves to evade defenders. Tascosa runs a lot of screen passes for him, which is what Tech might use him for if he were to commit to the Red Raiders. He also has underrated speed for someone his size. They also use him on returns, but I doubt he would do that in college. Doerue would be a good addition to the 2019 class.

Ellison began gaining traction from colleges in January, when he received several offers, including one from the Red Raiders. His first offer was from Illinois in June before receiving offers from Tulsa, USTA and Texas State before receiving his second Power 5 offer from TCU in early January. Right now, the Red Raiders have a defensive end committed to Steven Parker, but will likely add more this class due to the fact that Texas Tech didn’t add any defensive ends in the 2018 class (John Scott III is listed as a defensive tackle). Let’s take a look at what Ellison can do on the football field. The first thing I noticed about Ellison is how many moves he already had. There’s the swim move, bull rush and sometimes just uses his speed to move around the tackle. Speaking of speed, he’s got a lot of it. It’s evident from the way he moves around tackles and tracks down the quarterback, along with his plays as a tight end. He also has a knack for the football, causing multiple turnovers. Ellison would be a great addition to the class and would make quite the defensive end combo with Parker.

Jernigan may be the defensive lineman Tech is most likely to get as of now. Of course, that can all change since it is a year til the 2019 National Signing Day. 247sports lists Oklahoma State, Texas Tech and Washington as schools that are “warm” on Jernigan, although I’m not sure why them and not others. The Red Raiders were the third team to offer and second Power 5 school to do so in March of 2017, and now has about 11 offers. Jernigan has taken a lot of unofficial visits, which includes Oklahoma State, Texas A&M, UCLA, USC and Washington. Although Jernigan has not visited Texas Tech yet, I’m sure he’ll take a trip to Lubbock at some point. Now let’s see what Jernigan can do. The Allen defensive tackle makes good use of his arms, not letting the lineman push him downfield. That way when the ball carrier comes to him, he can stop him. He’s not the fastest guy, but he does have some strength to him, pushing some linemen back a few times. He knows how to be in the right place at the right time, as Jernigan has a couple a fumble return touchdowns. Hopefully Jernigan can get down to Lubbock to explore Texas Tech.

Now let’s take a look at what happened recruiting wise this week, starting with football: