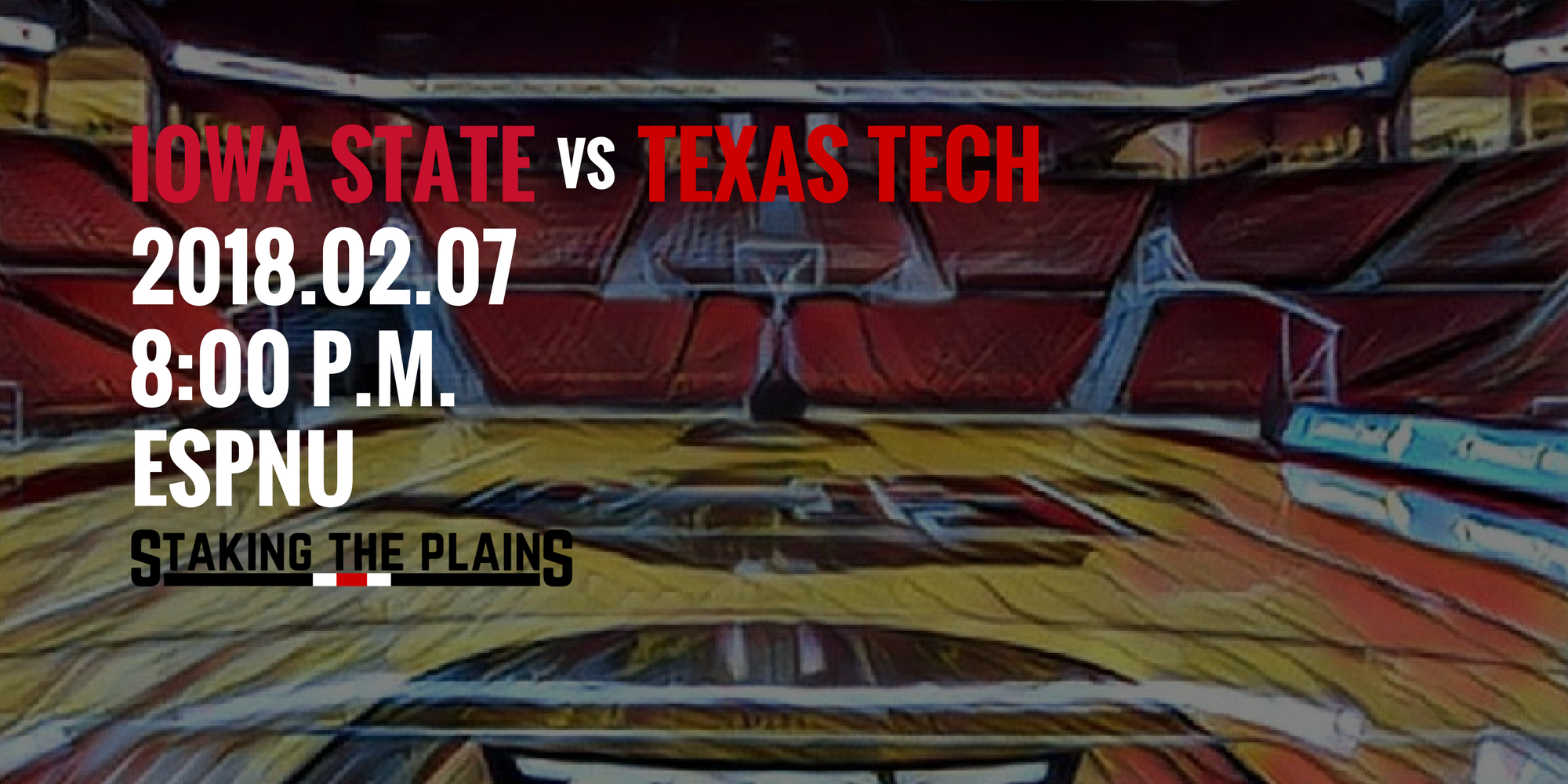 The Red Raiders host the Cyclones.

2. Stats. Via RealGM, Texas Tech is a better shooting team, with a eFG% of 53%, while Iowa State is at 50%. I’d like to know what those splits are at home and away. The Red Raiders also hold an offensive rebounding advantage, gaining 33% of offensive boards while Iowa State is at 30%. The Red Raiders shoot free throws at a much higher rate, 29% to Iowa State’s 21% and Texas Tech turns the ball over slightly mover, 16% to 14% for ISU.

3. Scouting. This will be an interesting game because Iowa State will be without arguably their best player in Nick Weiler-Babb and they’ll also be without Hans Brase (a back-up forward). Weiler-Babb is the guy that does it all for ISU, scores, rebounds, and was leading the team in assists. Wiggington and Jackson are obviously the leading scorers for the team, but Wiggington shot terribly on the road against Baylor and I think both of these guys will need to be on-point to beat Texas Tech. The nice thing for Texas Tech is that they have gotten used to playing without Zach Smith and the Red Raiders are still really playing 8 or 9 deep and they are playing regularly.

5. Official Site. The official site’s official preview and head coach Chris Beard discusses how Texas Tech must be better against Iowa State than they were in Ames:

“We have got to be a lot more competitive,” Texas Tech head coach Chris Beard said. “We got kicked down there in Ames. They beat us up and down the floor for 40 minutes. They were more aggressive, tougher and the better-coached team that night. I know as a competitor, we’ve been looking forward to this one for a lot of reasons. One is to see if we can respond. It was some of the most challenging basketball we have had this year, and I give Iowa State all the credit. I think the first thing that’s got to change is we’ve got to have a different approach. Iowa State’s great offensive identity with the way they run – they play fast, and they have multiple shooters. I think Lard is one of the best freshman in the country. His numbers in the Big 12 as a freshman speak for itself. They’ve got great balance from offense and defense and inside and out. They’ve got a great coach, and they really kicked us in game one.”