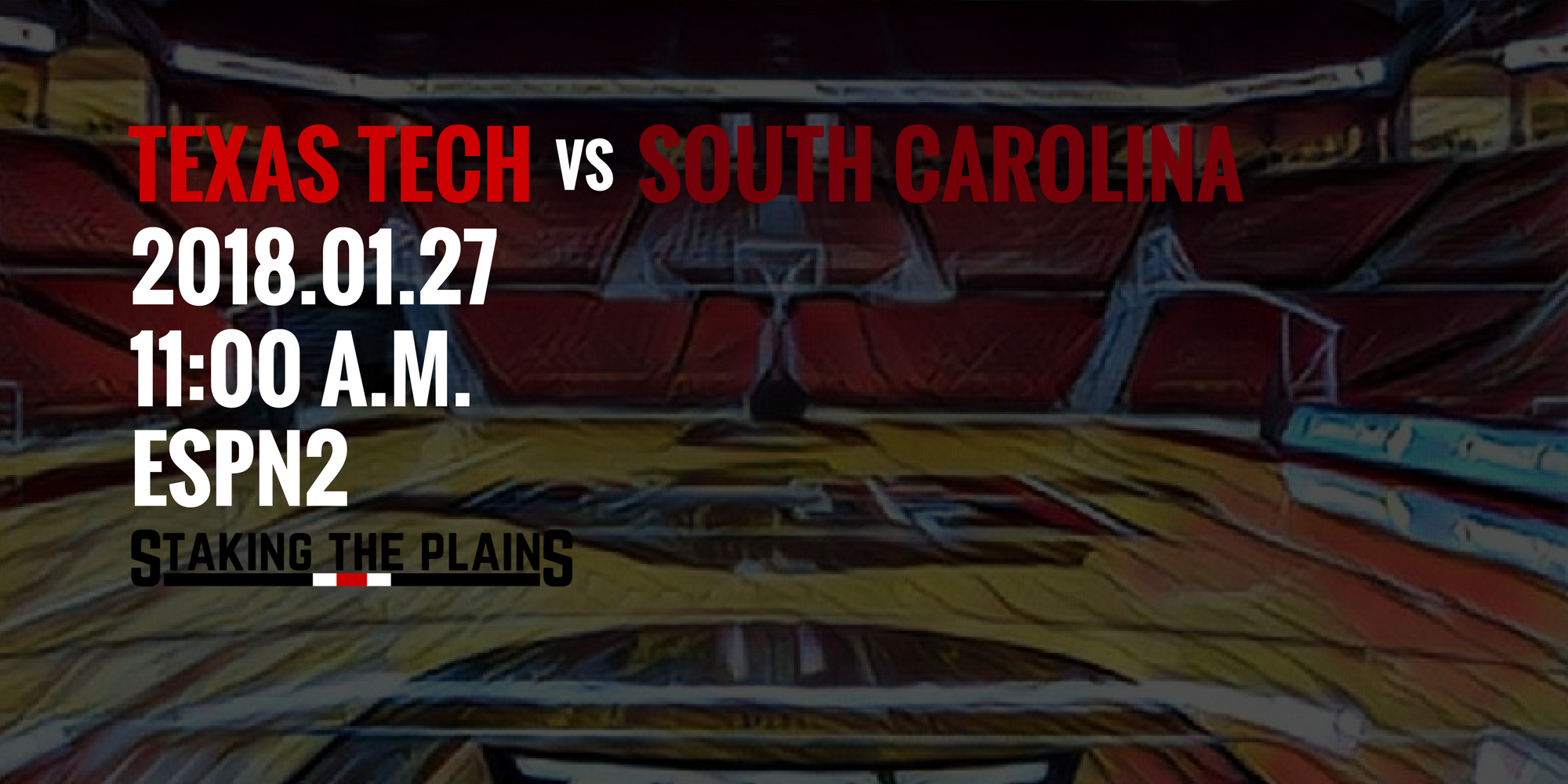 The Red Raiders travel to South Carolina as part of the Big 12 / SEC Challenge.

1. KenPom. KenPom has South Carolina as the 69th best team in teh nation, 144th in AdjO and 24th in AdjD. Texas Tech is 11th overall, 60th in AdjO and 3rd in AdjD. This is up one spot from the win against Oklahoma State. As an aside, Kansas is 9th and West Virginia is 10th in then KenPom rankings and all three teams are 16-4.

2. Stats. Via RealGM, Texas Tech is a better shooting team, sporting a eFG% of 53% to 47% for South Carolina. They are both essentially the same with offensive rebounds, grabbing 33% of those boards. The Gamecocks are better at getting to the line, 30% to 27% for Texas Tech and both teams essentially turn the ball over 16% of the time.

3. Scouting. Texas Tech head coach usually talks about walking double-doubles and that’s Silva, averaging nearly 15 points a game and 8 rebounds, that’s pretty salty and that’s likely to be a problem for Texas Tech. The Gamecocks are really pretty big and that proved to be Texas Tech’s kryptonite against a team like Texas; however, I think it’s important to note that I don’t know that SC has anyone on their roster that clogs the lane like Bomba did. When South Carolina toppled Florida in Gainsville, they were led by Silva, who scored 18 and grabbed 12 boards, while Myers had 22 points on 8 of 15, including 5 of 7 form the three-point line. Texas Tech’s depth that they have relied on won’t be as important this game because South colina plays a ton of players a lot like Texas Tech, 9 players had 11 mintes or more against Florida.

“We’re excited for the next opportunity on the schedule which is a road game at South Carolina,” Beard said. “Frank Martin is one of the best coaches in college basketball. He’s got really good players. They made the Final Four last year and returned several key players including both of their bigs from that team. We are proud to represent the Big 12 in the Big 12/SEC Challenge. We are just looking forward to the opportunity. We know we will have to play really well – probably our best 40 minutes of basketball this season – to have a chance in this game.”