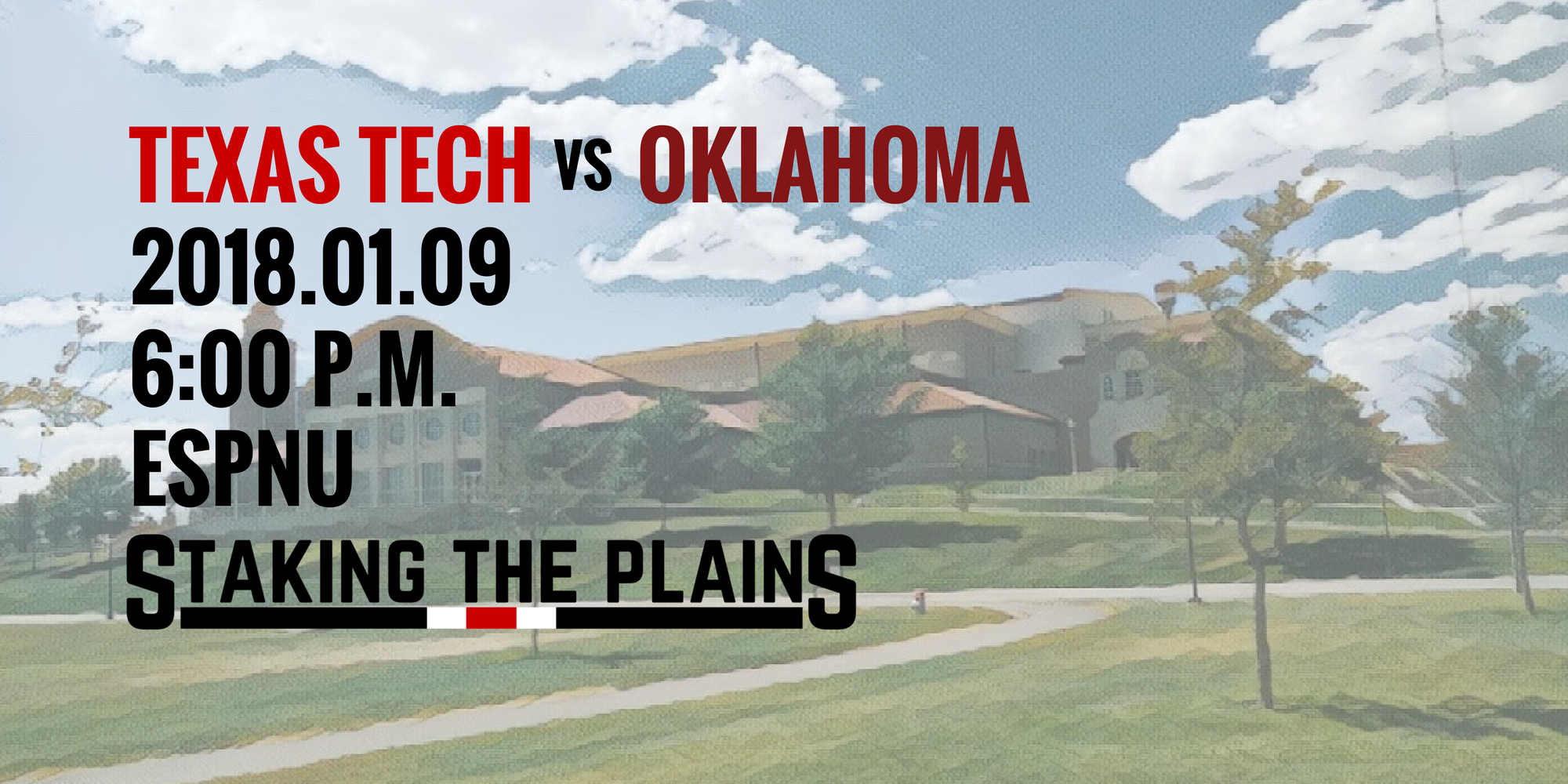 The Red Raiders take on the Sooners.

2. You want to know how has a really great set of stats? RealGM. I stumbled on them earlier this year and they’ve just been fantastic, even after the game. What we know is that Oklahoma has the better offense, having an eFG% of near 60% and Texas Tech is at 55.5%. Texas Tech has a pretty big advantage on the offensive glass, careening 35% of offensive rebounds, where OU only grabs 27%. Both teams are pretty even on free throw rate and turnover percentage, within in 1 percentage point. That seems negligible.

3. This game really bothers me because Oklahoma is a pretty big team and they have some skilled big men, particularly the freshman Manek, who could cause some problems for Texas Tech. They don’t have that dominating center like Seton Hall did to dominate the paint, but they’ve got lots of big bodies and I think they’re all pretty athletic. With Zach Smith out, that could be a problem. Zhaire Smith can only make up so much with his height.

4. And this is obviously burying the lede, which is how to stop the tremendous freshman Tre Young, who has absolutely dominated the collegiate game from day 1. Just a terrific player and regardless of what happens, appreciate what he’s done and how well he’s played. His scoring has dropped a little bit, particularly against West Virginia, who will bully most guards (I mean that as a compliment) and Young was no exception. It will be interesting to see if Beard dials up Stevenson to cover Young? I’m guessing he will as he won’t want to get Evans in foul trouble, while Evans on the offensive end could cause issues for Young if he can get to the line. Regardless, that match-up should be fascinating the entire night.

5. If you’re a betting man (or woman), then you should know that the line opened with OU favored by 2, but that line has moved to 3.5. If you would like some solace, OU is 6-7 against the spread this year, while Texas Tech is 8-3, but the Red Raiders are only 1-1 as an underdog this year, that one win was Kansas. The official site has your official preview and head coach Chris Beard discusses his team:

“What I do like about our team is that we are playing together,” Beard said. “We are an unselfish team that’s playing hard. We are being aggressive. We are buying into some things on the defensive end that Coach Adams, and our staff want done. We are trying to play the game offensively like we want done. We do play well enough to win, but we have to validate it by trying to put ourselves in a position to win the next game.”

A-J Media’s Carlos Silva, Jr. writes about the outstanding freshmen in this game, and Beard discusses his own freshmen:

Smith, Culver and Moretti will look to do it once more as No. 8 Texas Tech faces off against No. 9 Oklahoma at 6 p.m. Tuesday in a Big 12 game televised on ESPNU inside Lloyd Noble Arena in Norman, Okla.

“It’s like this every year in the Big 12,” Texas Tech coach Chris Beard said of the collection of freshmen talent. “When I was here the first time: Martin Zeno, J (Jarrius) Jackson. We had some freshmen play at incredible levels. So Z (Zhaire Smith) and Jarrett (Culver) are attempting to do that.

“I don’t think it’s time to hand them the jewelry yet. I think they’ve got a lot more to prove, but they’re off to a good start. … You look at any Big 12 game, there’s young guys that can really play.”