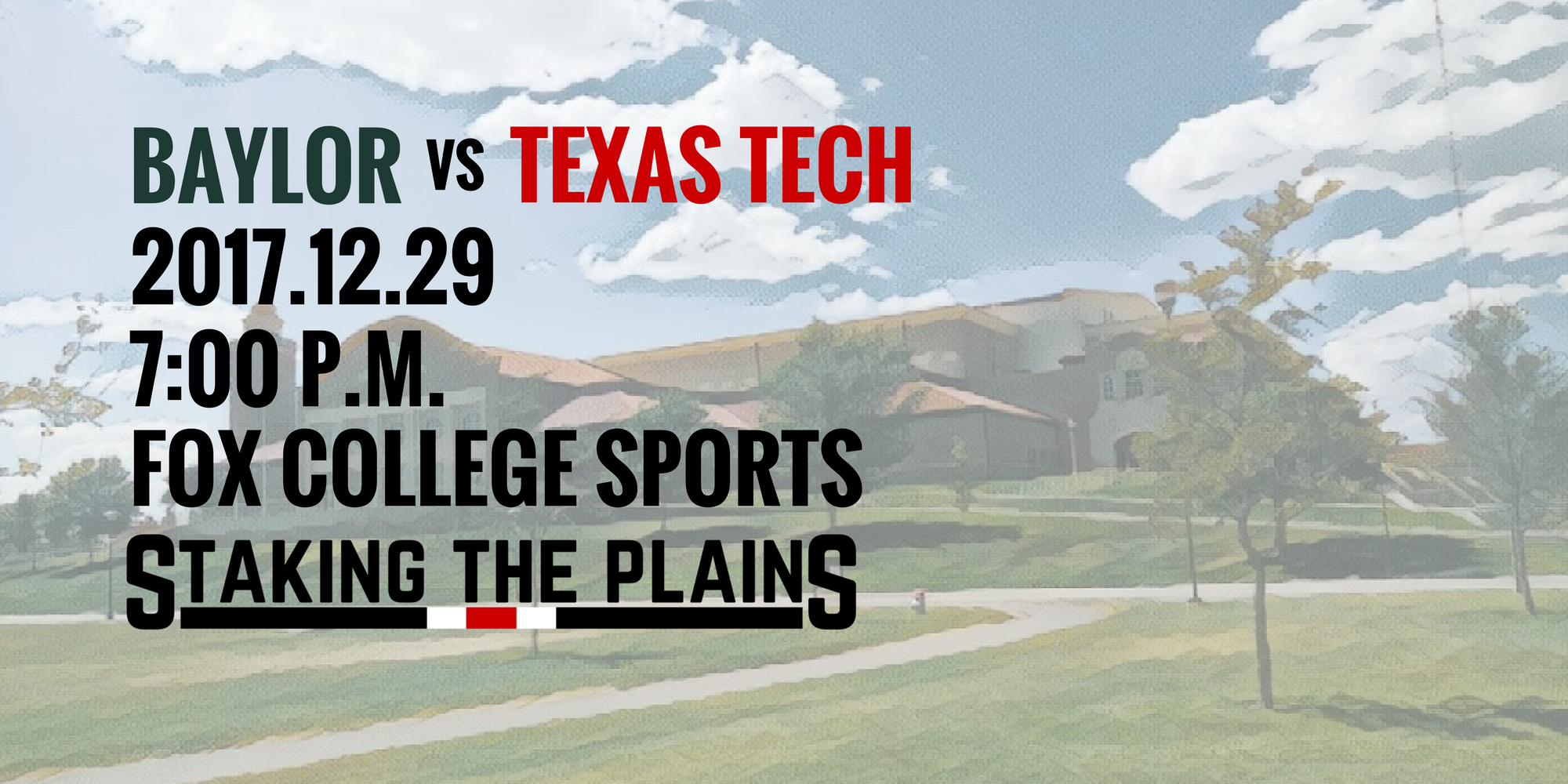 The Red Raiders take on the Bears.

1. KenPom has Baylor as the 27th best team in the nation, 32nd in AdjO and 28th in AdjD. Teas Tech is 11th overall, including being 39th in AdjO and 6th in AdjD. That’s the highest I’ve ever seen for Texas Tech overall and especially on the defense.

2. It’s for real at this point! Baylor is a heck of a team, one that likes to pass a ton. Or, maybe a better way to write it is that the starters pretty much share the ball really well and then Baylor really doesn’t play anyone else after that. Both teams are pretty evenly matched. Baylor is a better shooting team, near 60% in eFG while Texas Tech is at 55%. Baylor rebounds better on the offensive end, but Texas Tech shoots free throws at a higher rate and also has a slightly lower turnover percentage.

3. Baylor is a very shallow team. They hardly play their bench and that’s so odd after watching Texas Tech for 12 games where they essentially play a starting 10. Also note that they pretty much only play 3 big men, and I’m guessing that they pretty much rotate those three big men up and down the lineup. Their bench consists of big guards or small forward types and really, they only play Vital and Lindsay to a certain extent. This year will be a pretty tremendous experiment on how Beard coaches as he has gone with this interchangeable lineup and he’s got three freshmen receiving huge minutes while the team is obviously led by Evans, it’s a true team concept after that.

4. Texas Tech’s best chances in this game are to be the better defensive team and really limit Baylor’s ability to shoot the three-point shot. The Bears shoot nearly 40% from beyond the arc and although Texas Tech is only allowing 30% from their opponents, it still fees like it is too much. Baylor is pretty danged long and I’ll wonder how that will affect the blocked shots and offensive boards.

5. The official site has your official preview and head coach Chris Beard discussed the difficulty in playing Baylor:

“There are all types of challenges when you play Baylor,” Texas Tech head coach Chris Beard said. “It starts with their coaching staff. Coach Drew has been there for a long time now and has built a program. I think the most impressive thing to me – from the outside looking in but also as a guy who has followed the Big 12 very closely since Coach got to Baylor – is their consistency. This is a great Baylor team, but it’s no different than a lot of the other ones they’ve had. When you start getting into the level of consistency that the Baylor program has, it’s when you get into a team that has a chance to make a run in the tournament every year. This year’s team has the same athleticism, the same size and plays multiple defenses. I also love the balance of their team. They have five starters in double figures. It gives lots of challenges for us this game both with coaching and also their talent.”

“Being patient, picking our spots, moving the ball around, getting everybody involved,” Odiase said of what the Red Raiders worked on for Baylor’s defense. “When we’re inside, be aggressive. … Just not turning the ball over, being confident with it.”

Evans, a veteran of the Big 12, mentioned he told a few of his teammates who had not gone through the conference slate that it was a different level of intensity.

“We’re just telling them that they’re going to be better players,” Evans said. “On defense, you can’t gamble as much as you can in non-conference. They’ll make you pay if you gamble. You’ve just got to be solid and patient being on defense.”