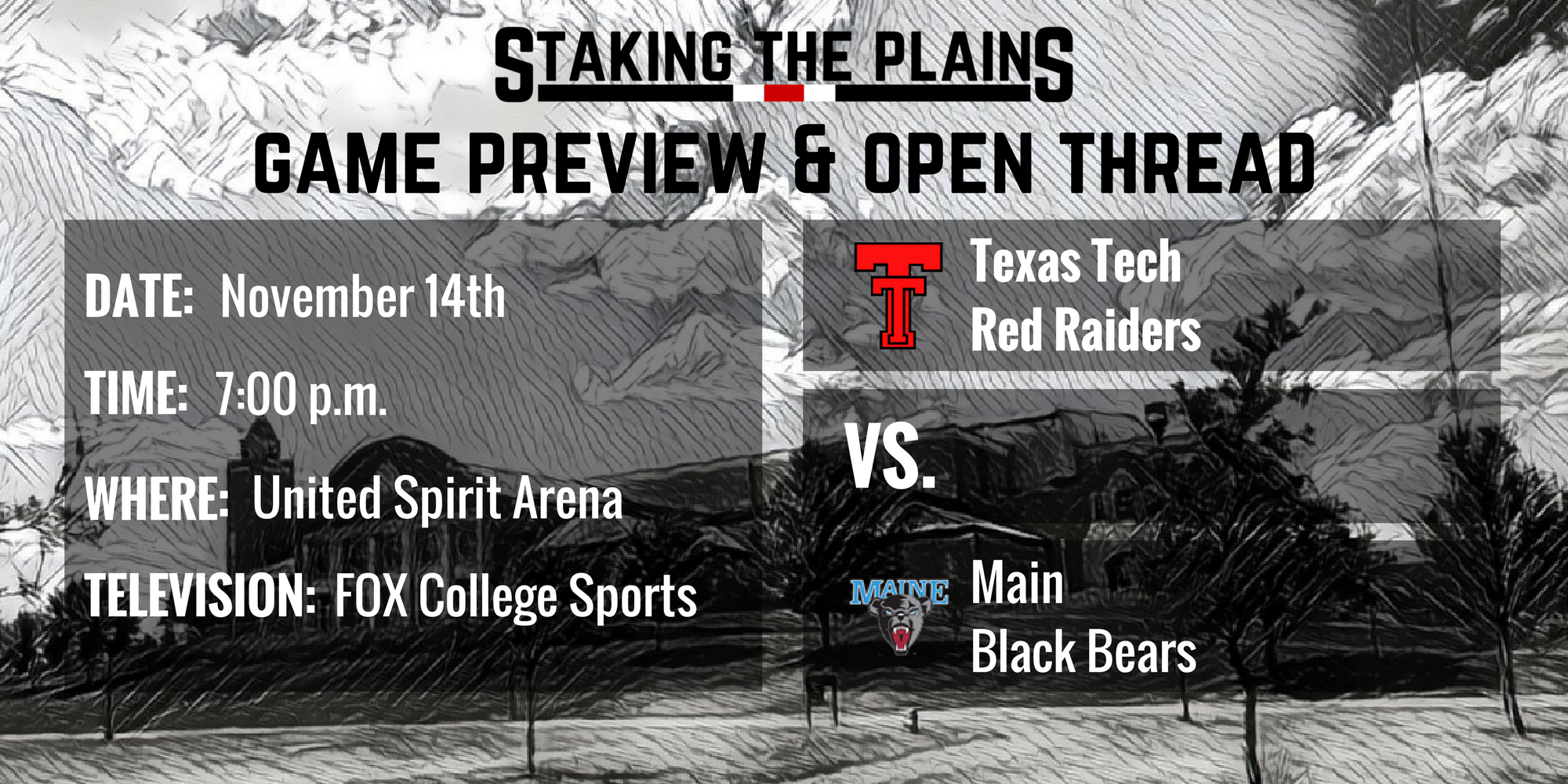 A preview and open thread of the Maine Black Bears.

2. Maine lost to Boston College by 20, a future opponent of Texas Tech as part of this Naismith Memorial Basketball Hall of Fame Tipoff Tournament. Stojiljkovic was by far the best and most efficient player as he made all 5 of his shots, which included 2 three-pointers as well as grabbing 8 boards. I think this will be the Zach Smith match-up and he’ll need to guard that three point line.

3. Actually, the whole team will need to guard the three point line. The Black Bears jacked up 32 three-point shots against Boston College, probably hoping to catch fire. They made 34%, which isn’t bad, but I’d bet they come out with a similar game plan. As you’ll note, the Maine team doesn’t really have any height, mostly mid-range players so that will either play into what Texas Tech can guard and maybe you don’t see guys like Hamilton and Odiase get huge minutes. On the flip side, if there’s a size advantage, you’d like to see those guys take advantage of that.

4. Texas Tech’s performance against South Alabama was good. Not perfect, but plenty to work on, which is a great thing as a head coach. The slow start needs to be corrected and the turnovers were a huge problem. 18 turnovers is way too many. This is largely a new team and one that will needs to figure out how to play with each other. There’s a lot of moving parts and Hyron Edwards hasn’t even played a minute, so there’s going to be some adjustment. It’s going to take some time for the team to figure out who they are.

5. The official site has your official preview where head coach Chris Beard is still working on things with the team:

A-J Media’s Carlos Silva, Jr. writes about how Davide Moretti is progressing in transitioning to Division I basketball:

“All of the athleticism and the skills,” Moretti said of his transition from the European- to American-style of play Sunday. “The first month was really difficult for me because it’s my weakness, right now, so I have to improve a lot.”

It all came to a head in a 25-point win over South Alabama to open the regular season. In the 75-50 victory, Moretti came off the bench and scored 10 points, which included a pair of three-pointers to spark the Red Raiders on offense.

“I like to play pick-and-roll, and I’ve been trying to figure out the offense,” Moretti said in an offseason interview with the A-J. “I feel I can really help my teammates by making 3s. It’s something that I think this team needs and coach (Chris) Beard spoke to me about.”

Silva also notes that Stevenson, who was injured in the game against South Alabama, is okay, just fell hard and was a bruise.