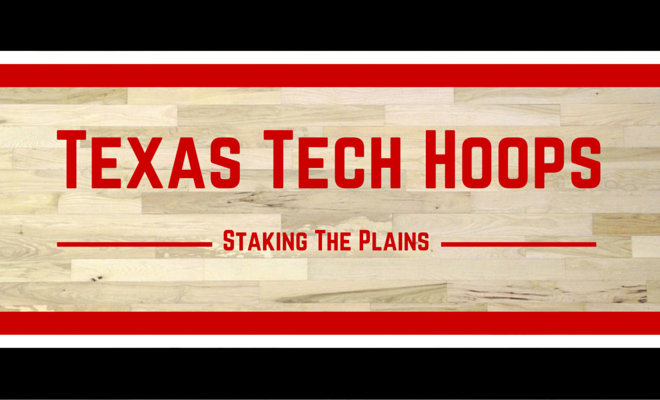 Yesterday, head coach Chris Beard met with the media for the local media day. I’ve done a non-transcript and it’s one of my worst ones because I could only run through this one time (the video is about 20 minutes).

The 11th practice today, likes the team. Like the balance between newcomers and other players. Young guys really contributed, some of these true freshmen will play minutes. Sean Sutton is a great addition, having another great mentor to be around. Really excited about the schedule and the throwback game. Connecticut and another tournament.

. . . Shooting is something that every team is looking for, college basketball has changed, returning players getting better, Keenan Evans is now one of the better shooters in the league, we’ve recruited guys that can shoot. Morrow, Jarrett Culver and Z.

. . . Matthew Temple’s waiver appeal was denied. he is in grad school and something he wants to do anyway, a lifelong goal of his and rehabbing his knee, we’ve approved for the NCAA he can be a practice player and get himself back in playing shape and a shot to be a professional basketball player.

. . . His approach when he returned to Lubbock is more professional, change in consistency, weight room, discipline with his diet, he looks different and about 10 to 12 pounds heavier. I’m supportive of all of our guys dreaming of getting to the NBA and a real life of what to do to get there next season.

. . . It’s a special group, it was a good day for ou program for those guys to get recognized for All-Big 12, I’d also like to recognize Justin gray and also Tubby Smith, he coached those guys for 2 years hard, I’d like to give our staff credit, I think our staff deserves some of that credit, having some success team wise and their story isn’t written, if we don’t get NCAA done, it won’t be a great story.

. . . Morrow has come in and was at a disadvantage because he wasn’t with the team this summer, difference with physicality between international and Big 12 basketball, brings experience and can shoot the ball. With Jarrett Culver, a special player, coming off of shoulder surgery, but has made great strides, if we played today, Culver would be in the rotation. Zhaire Smith from the Metroplex, is maybe the best athlete, Zach and Z is in the same class, he is mature beyond his age, he gets it and he’s going to play. Malik is going to give depth in the front court, it wouldn’t surprise me if he played a major role. Alex and Parker have made great strides, and Andrew Sorrells is doing a great job, third year in the program and a real culture guy.

. . . I think above all, we’re selling an easy product, a great community and all of the other successful programs, we have a coaching staff that is on the same page, I can tell you this, that everyone is committed to doing things here.

. . . First thing is to acknowledge the thing going on, we were on a lot of close game situations, focusing on the idea of finishing, John would do one more thing with the team and teaching the same thing. We’re studying close games and showed a Sweet 16 game and took our team through the process of close games, and play close games to the bone, don’t make mistakes and stay committed, we have a plan.

. . . It’s exciting, we’re only as good as the people around you, John Reilly gets it and he knows how to do this in a relationship based way, Tommy has changed and Norense has changed, Norense deserves a great season, pray for Norense, he lives his life right he deserves a break and would do anything for Norense to get through a full year.

. . . With Niem, it has a been real soul searching offseason, he had some real conversations, he’s answered the call. Niem gave himself a second change and gotten himself back on track and as of today he’s our starting shooting guard, last year we saw what he could be and now we are looking for consistency and I look forward to coaching him this year.

. . . Every team has to improve, even if we would have lost the last game of the year, just a reality based perception, we’ve got the experience to be part of the fight, we’ve had good leadership from the older guys now.

. . . I have a lot of faith and confidence that make the rules, I’ve personally never been a fan of the one and done rule, I think if the market wants him, he should go, they should be able to go the NBA if they want.

. . . I think some guys are ingrained with how they play, we all have different feels, I like 10 players. I hope Keenan and Zach play less minutes because that means we’re better, but I like 10 guys in the mix, and now we have 13 guys in that 10 man conversation, just have to make sure chemistry coincides with the depth.

. . . We’re headed in the right direction, but we are a work in progress, it’s a different rule in college basketball, being a Big 12 basketball player is a full-time job and a challenge from a coaching standpoint, you can’t push it but put them in situations where their leaders take over, we got out of town this weekend, but I like our team chemistry and have a lot of confidence for Keenan, Zach, Justin, Norense and Niem.

Tipoff is getting closer…

RedRaiderSports’ Will McKay also has quotes from yesterday’s media session with Beard.

A-J Media’s Carlos Silva, Jr. has a notebook from yesterday that leads with Matt Temple being denied that extra year of eligibility, then looks at the freshmen and Norense Odiase needing a healthy year of basketball.