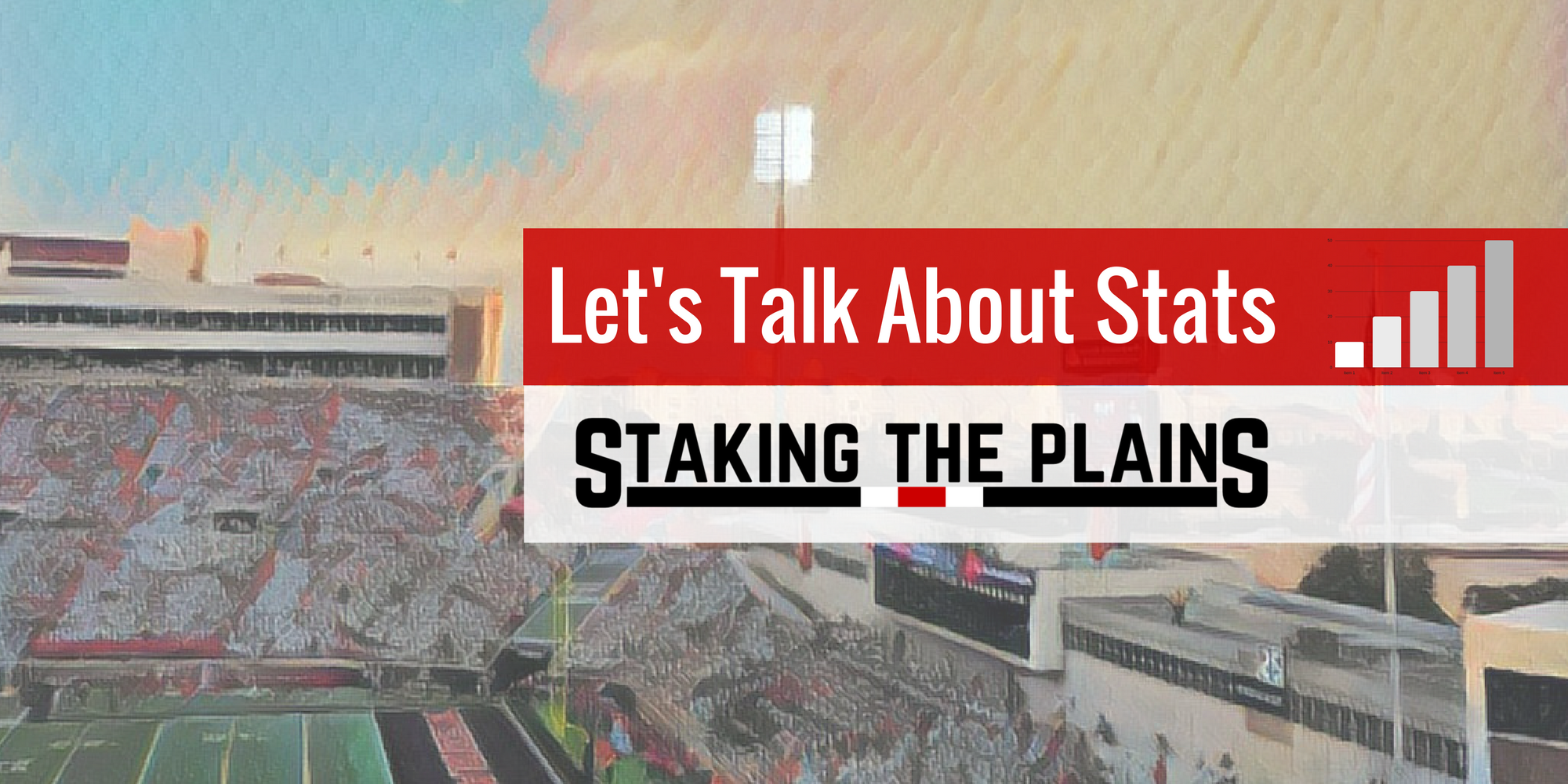 A look at some of the stats for Texas Tech vs. West Virginia. 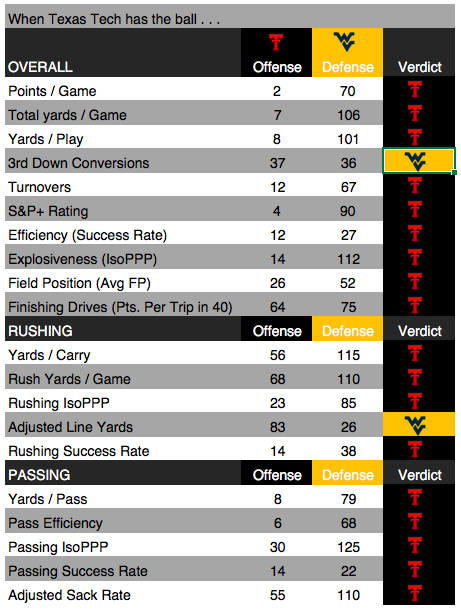 As always, all stats are made possible by Football Study Hall and CFBStats.

This is a pretty typical game for a Big 12 game, one where the offenses are absolutely dominant. Two things are evident, the first being that Texas Tech continues to be better than their opponent on offense in just about every respect, the rushing aspect of Texas Tech is still lacking just a bit. Texas Tech offensively is as elite, but maybe in a different way than they were last year. The third down conversion rate is the the only thing that’s not really elite, but top third isn’t bad t all.

Everyone seemingly has a complaint with how the offense is stagnant at times and that’s sorta the deal with offense is that it’s never going to be perfect and what Texas Tech is doing is is pretty spectacular.

The rushing offense still has some work to do in terms of the rushing is concerned, but they’re great at breaking big plays and overall, it’s more than acceptable.

When West Virginia Has The Ball 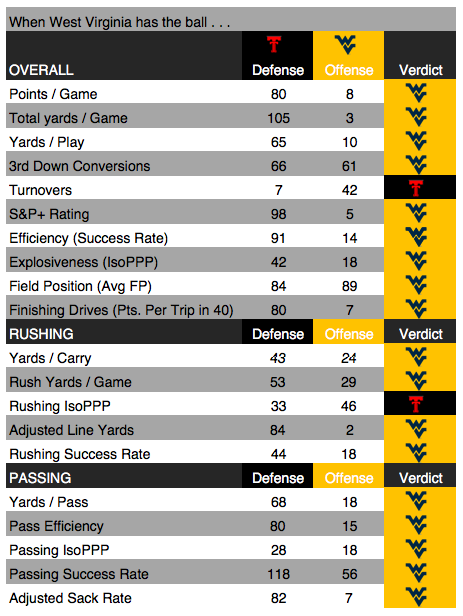 A couple of things, West Virginia might be somewhat of a push on third downs with Texas Tech. Oh, and Texas Tech is really pretty good on the rush defense. And Texas Tech has been really good at stopping the big plays on the passing defense. Teams can still throw the ball, but they don’t get the big plays.

Oh, and you want a top 80 defense with Texas Tech, I think you have it.

I do think that Texas Tech’s defense is probably better than West Virginia’s, but on the road for an 11:00 a.m. game in Morgantown isn’t a bad deal because this gives West Virginia fans almost no time to drink, unless of course they drink all night.