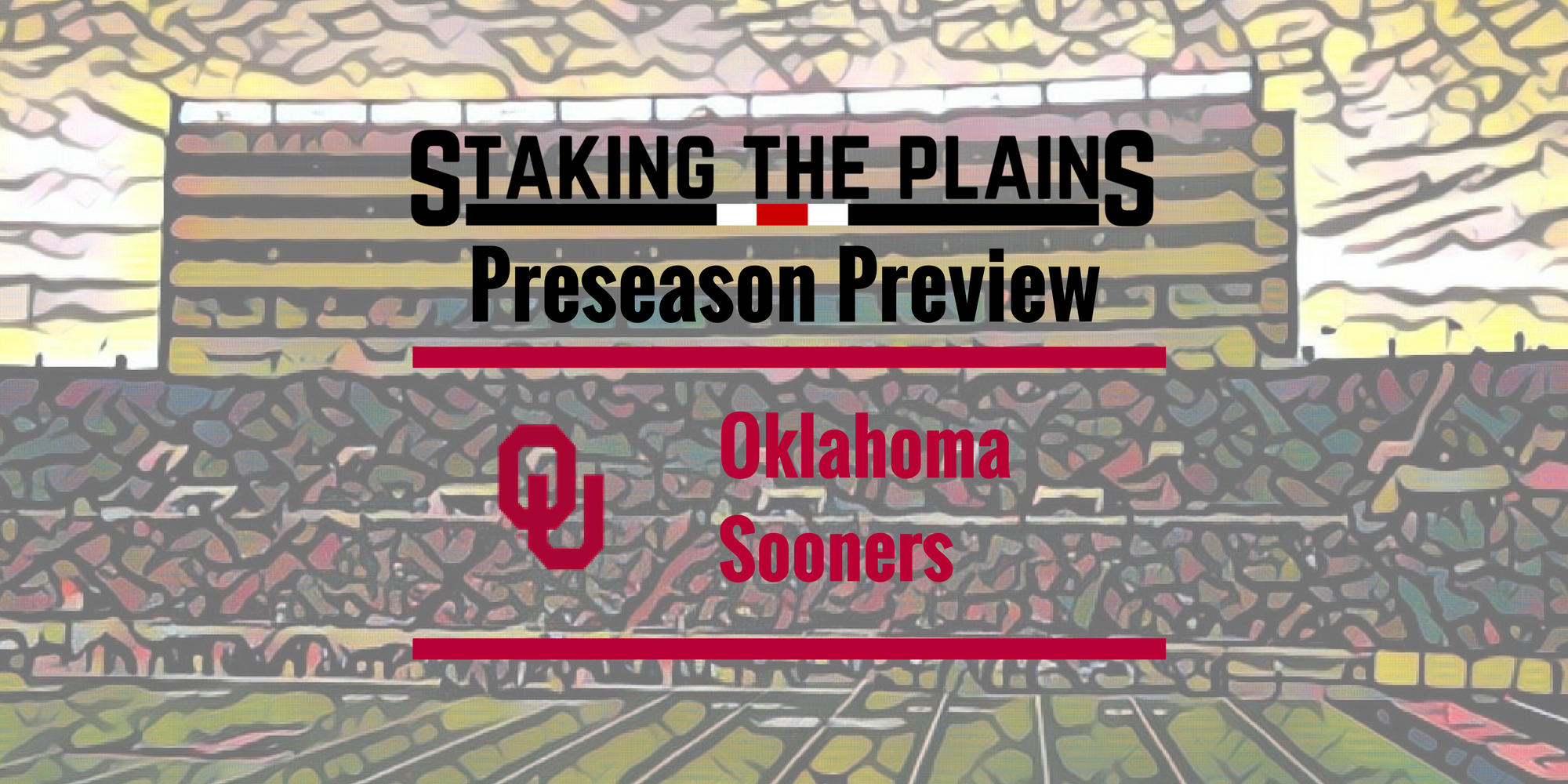 The Sooners will be the toughest opponent for the Red Raiders.

Oklahoma’s year started horribly, losing on the road to Houston by 10, then whipping up on UL-Monroe and then losing in spectacular fashion to Ohio State by 20. But then, things went so well. Oh, so well. The Sooners then ripped off 9 straight wins to easily win the Big 12 and then whipped up on Auburn in their bowl game. Of the closes games, the Sooners beat Texas by 5, Texas Tech by 7 and TCU by 7. Everything else was pretty double-figure wins. So, I guess be proud that you were able to keep it close with the Sooners.

Mayfield is the draw that stirs the Sooners’ offensive drink. Regardless of what you think of him, Mayfield was terrific, passing for nearly 4,00 yards (3,965) completing 71% of his passes, throwing for 40 touchdowns and 8 interceptions. Despite losing Dede Westbrook, a recipient of 80 of those completions, Mayfield should be just fine because all five starters on the offensive line return and Mayfield should have plenty of time to find whoever he needs down the field.

Okoronkwo is the pass-rushing specialist for the Sooners and he’s very good at it, getting 12 tackles for loss, 9 sacks, 3 pass break-ups and 2 forced fumbles last year while amassing 60.5 tackles overall. I could envision a situation where Caleb Kelly and maybe Amani Bledsoe becomes another option in terms of the pass rush, but for now, Okoronkwo is the guy that will get to the quarterback at a pretty good clip.

Thomas is being featured for one reason and one reason only. Thomas had 45.5 tackles, 2 sacks, 2 picks and . . . 17 pass break-ups for the Sooners. That’s really pretty ridiculous and you wonder why Thomas didn’t turn pro with those sorts of numbers. Thomas is a good-sized cornerback and knocking down those 17 passes is a significant number.

The biggest reasons to worry are at running back, where Mixon and Perine are being replaced as they’ve gone onto the NFL, and the Sooners are left with Abdul Adams, Dimitri Flowers and Rodney Anderson and I’m all but certain that they will be just fine at running back. Westbrook’s production was also significant and they’ll look to Nick Basquine, A.D. Miller and Mykel Jones as options. The Sooners lost some good defensive talent, but I think that OU is essentially in one of those plug and replace spots in terms of their defensive talent. I wouldn’t be sweating their losses. The biggest reason for concern is Riley at the helm without Bob Stoops. I’m guessing that Riley is ready and he should very much continue what Bob started. Still though, Riley is going to continue to call the offense and that could be problematic (we’ve seen that) and Mike Stoops is everyone’s favorite coach to berate (for OU fans) and that’s probably going to be a situation at some point during the year . . . one where the Sooners might be calling for Mike’s head while the Sooners give up 40 points a game (I know the Sooners only gave up around 30, but there will be those games where they give up 40). Bob was always that buffer Mike and that’s not there anymore.

The reasons for optimism are obviously clear and abundant. They return a ton of returning starters, they do lose some key offensive guys, but TE Mark Andrews is going to be really good for the Sooners. OU has a terrific offense, the best in the nation.

No question that this is the toughest game on the schedule. The Sooners are getting to the point that they are bringing in elite recruiting classes and the guys that leave are being replaced by guys that are as talented, but just not experienced. The only way that this season gets derailed for OU is if they don’t develop outside threats as far as receivers or if Mayfield gets injured. The Sooners are poised to have a great year.