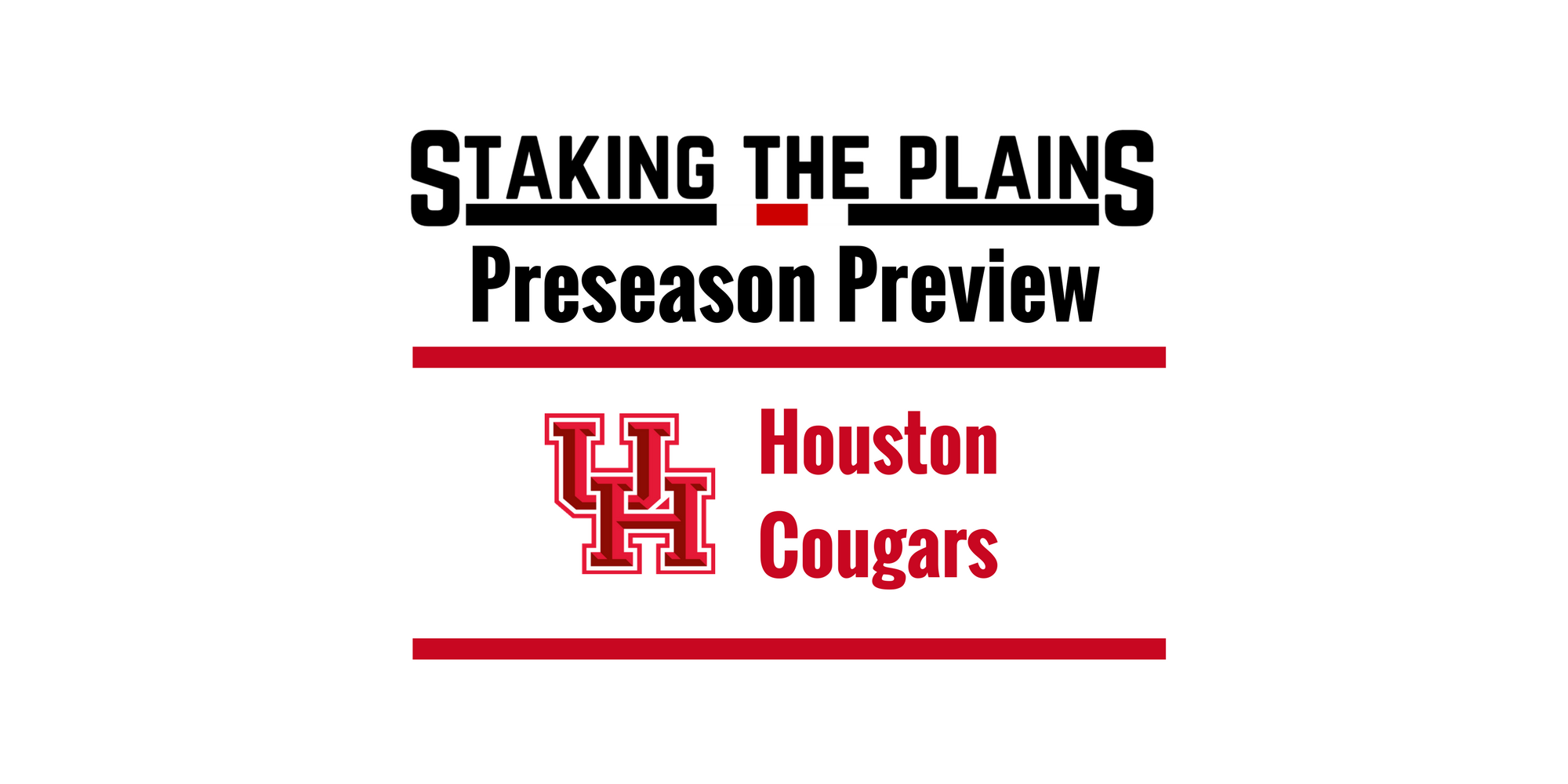 The Cougars started out gang-busters, ripping off 5 wins in a row, including a win against the Sooners to start the season in dominating fashion (I thought it was dominating, but it was a 10 point win), but the next four wins were against Lamar, Cincinnati, Texas State and UConn, not exactly great competition. Then The Cougars lost at Navy in what was a terrific game, beat Tulsa, then lost at SMU in what was probably the worst loss of the year for Houston. The next three were wins against Central Florida, Tulane and a truly dominating win over Louisville (36-10) but then dropped the last two games against Memphis and San Diego State.

Oliver is just a bad-ass in every sense of the word and he’ll be the best player that Texas Tech faces three games into the season. Heck, he might be the best player that Texas Tech faces all year. Oliver had 66 tackles last year with 22.5 tackles for loss and 5 sacks from what is probably a 3-technique defensive tackle spot. Not only that, but Oliver had 9 passes broken up, 7 quarterback hurries and 3 forced fumbles. The 22.5 tackles for a loss is really unbelievable and he’ll wreak havoc on Texas Tech’s offensive line, it’s just a matter of

As a true freshman for TAMU, Allen completed 56 of his passes for 2,210 yards, 17 touchdowns and 7 interceptions. By no means was Allen perfect, but those are pretty good freshmen numbers. Obviously, the completion percentage needs work and Allen only averaged 7.8 yards per attempt, that’s still pretty good. I’d guess that Applewhite and Johnson improve him a quite a bit in his season where he had to sit out as a result of the transfer. I’d guess that Allen is still prone to throwing interceptions and the hope would be that Texas Tech can take advantage of that.

Bonner was very good for Houston, catching 98 passes for 1,118 yards, 11.4 yards per catch and 3 touchdowns. Not exactly a home run threat, but he was incredibly good and very consistent and that’s one of the best traits a player can have. Bonner did pad his stats a bit against Memphis where he caught 17 passes for 235 yards and that’s sort of ridiculous for a possession receiver.

Houston should return a very good team. In addition to Allen at quarterback, transfers Patrick Carr (Colorado) and Duke Catalon (Texas) return in the rushing game, but that 69th S&P+ ranking means that the offense wasn’t as good as they probably hoped they would be based on the 2015 season. Houston’s defense was the truth though and they’ll probably be the truth again because they pretty much return everyone that proved to be a very good defense. Just in terms of tackles returning, the Cougars lost linebackers Steven Taylor and Tyus Bowser as well as defensive backs Brandon Wilson and Cameron Malveaux, but other than that, they return 11 of the top 15 tacklers, led by Oliver.

Houston will be favored in this game, probably by less than a touchdown, but they’ll be favored in the Magnolia City or SpaceCity or the Bayou City. The key for Texas Tech will be how good they can be on offense because there’s the chance that Houston won’t be *great* on offense themselves. Houston will most likely be very good on defense, probably one of the better defenses Texas Tech will face and we’ll get a very good sense of how good Nic Shimonek is going to be leading the offense in what is likely a hostile environment. I think this game will be closer than folks think, but only because I’d guess that the Houston offense regresses a bit as well.