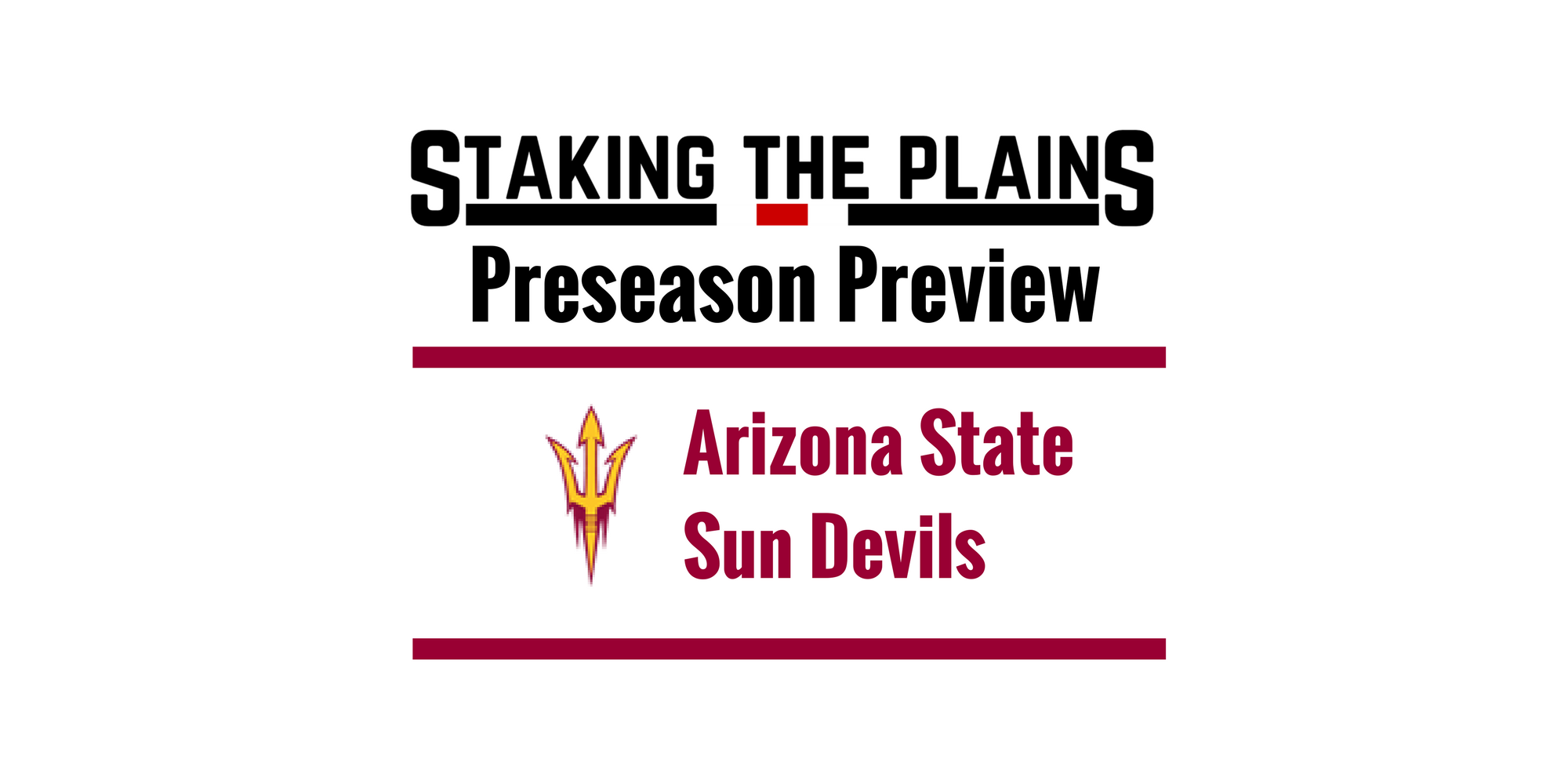 Things started out great for the Sun Devils, rattling off 4 straight wins to start the year, then a loss at USC, then another win against UCLA and then the unthinkable happened. Arizona State lost 6 straight games: at Colorado; Washington State; at Oregon, Utah, at Washington and at Arizona. Of those games, Arizona State was only “supposed” to beat Washington State, or that’s the one game they were favored. And truthfully, Arizona state was only expected to win 4 games in all of 2016.

Harry was a freshman last year and he was really terrific and with that size and ability, that’s pretty terrific. Harry caught 58 passes for 659 yards with 5 touchdowns, which led the team. With the passing game, Manny Watkins was injured and if you remember, Watkins helped demolish the Texas Tech defense and he was injured and the offense somewhat fell off a bit. The interesting thing will be if Watkins can hold onto the starting spot with Blake Barnett, the former Alabama quarterback that transferred to Arizona State.

Everybody remembers Ballage, right?! Seven. Seven touchdowns and truthfully, Ballage is multi-faceted in that he can catch the ball coming out of the backfield, rushing for 536 yards and 14 touchdowns, but he also caught 44 passes for 459 yards and a touchdown. Ballage still split time with Demario Richard and will again this year as well.

Wicker was the recruit that was down to Texas Tech or Arizona State and chose the Sun Devils and I always think about what might have been. Wicker had 33 tackles last year, as well as 11 tackles for loss and 2.5 sacks from most likely the strongside defensive end position, which is pretty good.

Graham replaced the coordinators after a down year in 2016, replacing the offensive coordinator with Napier and the defensive coordinator (who is still coaching at ASU with the linebackers) with Bennett. Napier is a young coach, only 37 and was the wide receivers coach at Alabama and is thought to be one of the bright young stars. The problem in preparing for Arizona State is that we’re not totally sure what Napier will run in terms of style. I suppose watching the Arizona State game will give you some indication, but you’d think that an offense that was similar to what Lane Kiffin did with Jalen Hurts would be right up Watkins’ alley as a passer, but on the other hand, maybe the idea is to be a bit multiple in that Arizona will just be able to do things well.

With Bennett, I think Texas Tech fans are very familiar with what Bennett will do, which is if he has a good defensive line and a secondary that doesn’t mind getting in some questionable or illegal hits then they’ll have a pretty good defense. And Bennett will have a lot of players returning so there’s a pretty good chance that they are improved, but Arizona State was pretty pitiful on defense (make no mistake, Texas Tech was the worst) and the secondary was particularly bad, but the reality is that Arizona State had some pretty significant issues defensively.

These are two similar teams, but I think the difference is that we’re pretty sure we know what we’re going to get with Texas Tech, but not really all that sure what we’ll get Arizona State. The addition of two newcomers and some other new transfers, like Ryan Newsome from Texas and John Humphrey from Oklahoma in the passing game and then add in Barnett and you could have an offense that’s really good. With the game being in Lubbock, I like Texas Tech’s chances quite a bit.