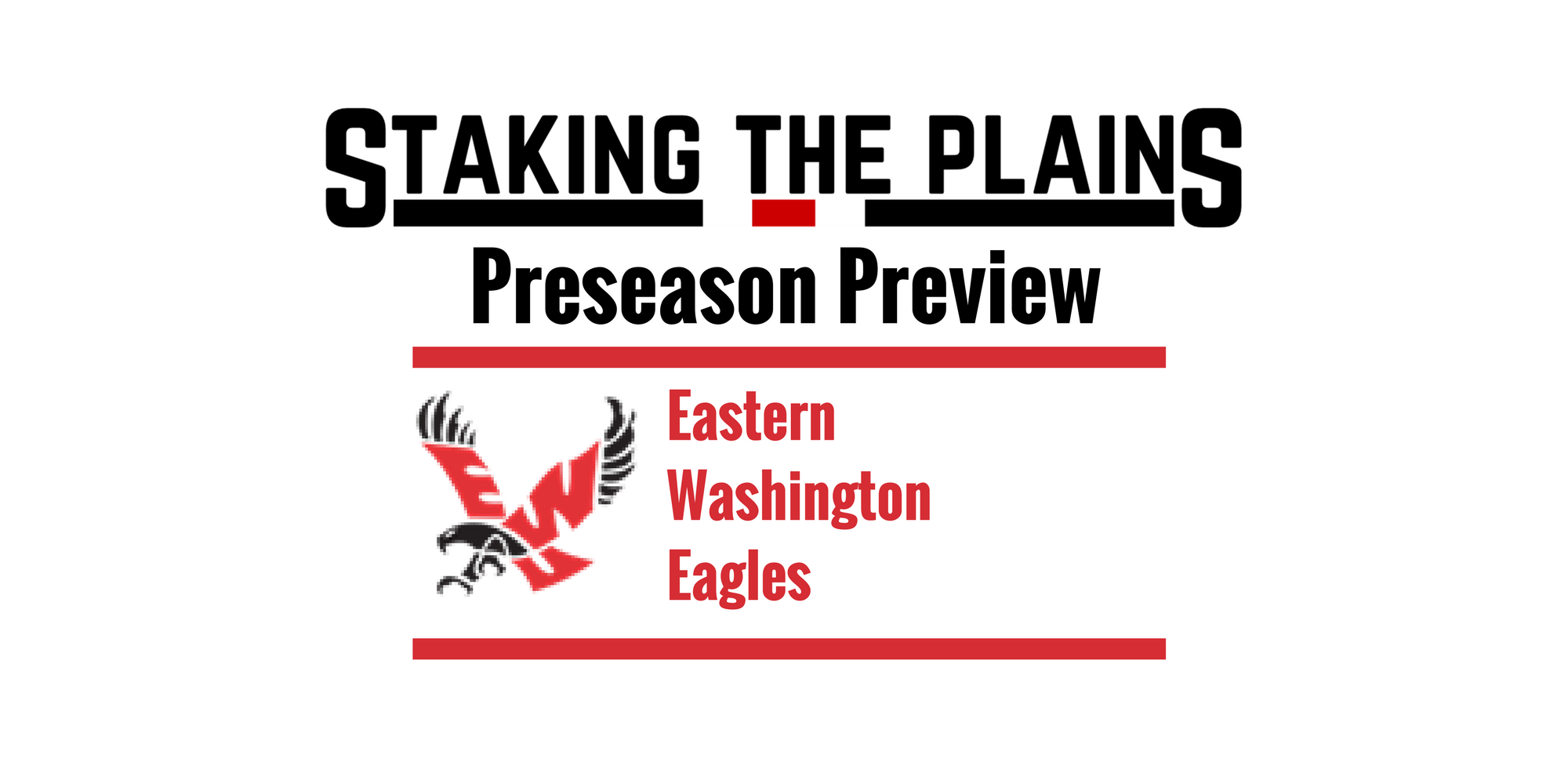 A look at the week 1 opponent, Eastern Washington.

The 2016 season was a terrific season by pretty much any measure for Eastern Washington. They opened the season on the road against Washington State and won, 45-42, lost at home to North Dakota State and then proceeded to win 11 in a row. The last loss came at the hands of the Fighting Pelini’s at Youngstown State, 40-38. Washington State was the only power five team on their schedule, which is just fine. The Eagles had 606 yards of total offense including 496 passing. And actually, it was 12.1 yards per attempt, which is pretty amazing, with 5 touchdowns and just 1 interception. The 2016 season ended in a strange manner for Eastern Washington as their head coach, Beau Baldwin, left EWU to become the offensive coordinator at Cal. The offensive coordinator at EWU, Aaron Best, was then promoted to head coach. Best said he wants to be a more balanced team

Gubrud was awesome last year, completing 386 of 570 passes for a completion rate of 68%, including 14 interceptions, 48 touchdowns and over 5,160 passing yards, which averaged about 368.57 passing yards per game last year. The Eagles were the best passing team in FCS and had the 2nd best offense at 530 yards a game last year. Obviously, Gubrud had a ton to do with those high rankings and he’s just a sophomore.

Havili is the team’s returning pass rusher with 5 sacks last year, including 6 tackles for a loss and 61 tackles. Havili is a converted linebacker who has found his way to defensive end. At linebacker in the 2013 season, he also had 61 tackles, moved to the line I think in 2014 and his 2015 season was cut short by injuries.

Custer was a true freshman last year, running for 416 yards and catching 27 passes for 187 yards and a touchdown. He shared duties with fellow freshman Tamarick Pierce, but the main reason I’m highlighting Custer is that EWU lost their three leading receivers last year, all three receivers caught over 1,000 yards and were huge producers in terms of touchdowns.

As previously mentioned, the three leading receivers for EWU are all gone and that’s probably a bit of a problem. Those three receivers really put up some explosive numbers, all over 1,000 yards and 2 of the 3 had 17 touchdowns while the third had 7. That’s flippin ridiculous. The next guy up is probably Nic Sblendorio who caught 33 passes last year, but he’s got some big shoes to fill. There were also a ton of big-time defensive play-makers that graduated, a guy that had over 10 sacks, all-conference linebacker and defensive tackle, etc.

The good news for the Eagles is that they return all five offensive linemen and with Gubrud returning, the Eagles are probably a pretty explosive offense. Gubrud had a ton of help, but he’s a pretty special player.

Who else is nervous about this game? Yeah, me too. EWU’s team from last year was pretty special and the offense was a big-time passing team. It will be interesting to see how the offense changes under Best and Salana. Best wants to be a more balanced team, but still a passing team. Custer and Pierce should prove to be pretty good in the running game, a nice two-headed monster. I probably shouldn’t like Texas Tech’s chances as much as I do here, but given the fact that EWU is replacing so much receiving talent is something I didn’t realize when I first looked at this game. And we’re talking about dominant receivers that were heavily leaned upon. The entire offensive line returning for EWU is a problem, but I like this game for Texas Tech.