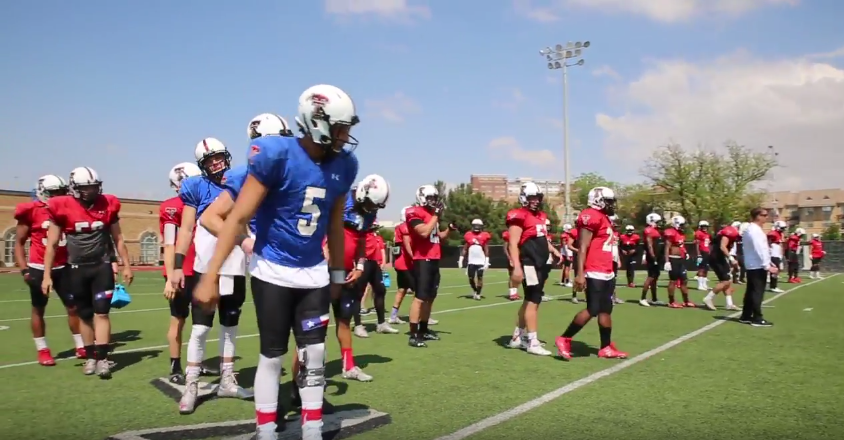 Texas Tech quarterback Patrick Mahomes was picked 10th overall in the 2017 NFL Draft by the Kansas City Chiefs. The Chiefs moved up from the 27th pick in order to pick.

The Chiefs were said to absolutely love Mahomes, but with the Chiefs picking 27th overall, it was unlikely that Mahomes was going to last until the 27th pick.

🚨 The pick is in! 🚨 With the 10th pick in the 2017 #NFLDraft, the @Chiefs select @PatrickMahomes5. Quarterback, #TexasTech. #WreckEm pic.twitter.com/yhE5Gjpyb1

Texas Tech head coach Kliff Kingsbury is with Mahomes in Tyler (at an undiclosed location):