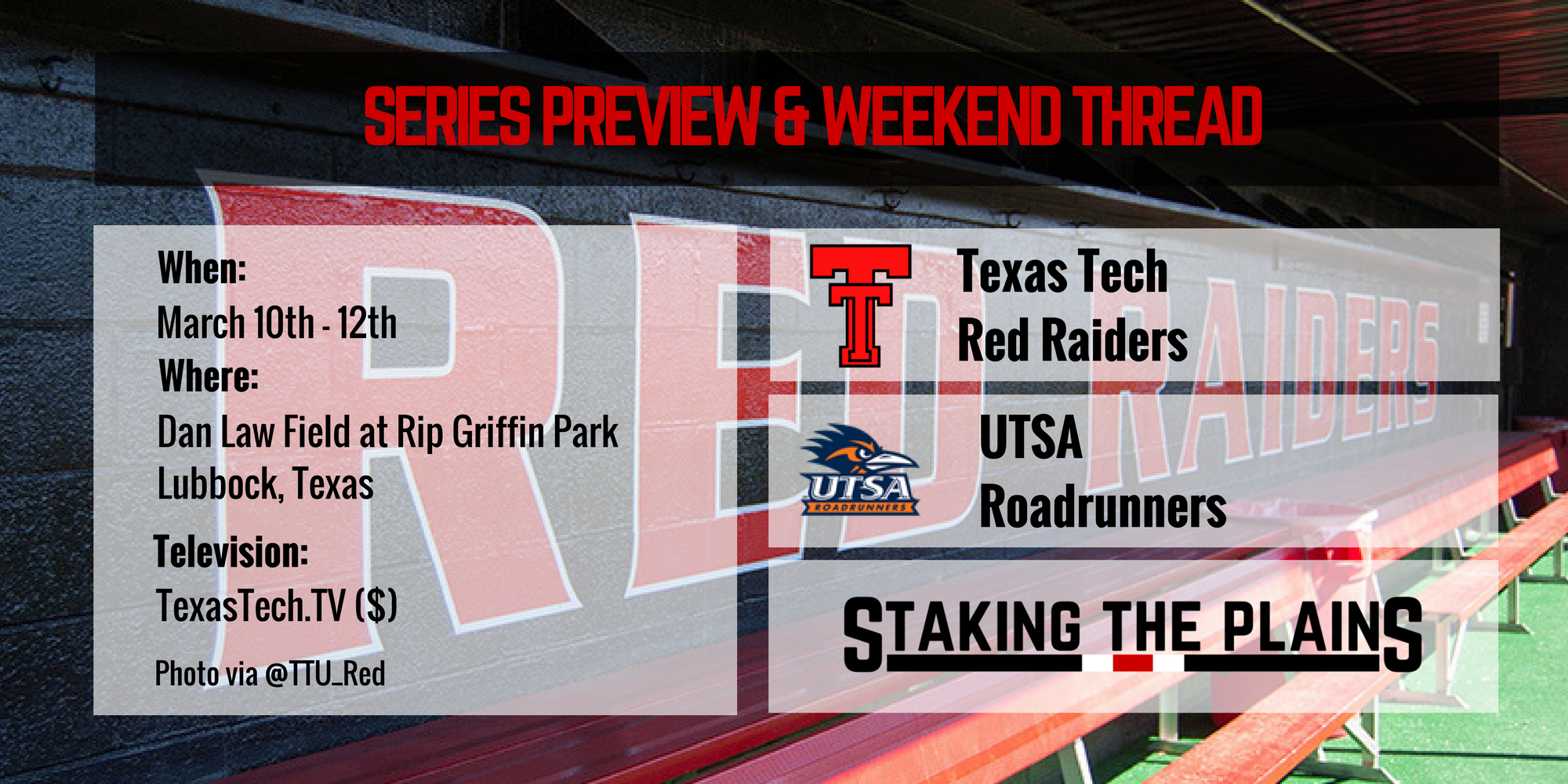 The Red Raiders are at home to host the UTSA Roadrunners.

UTSA’s numbers are a bit deceiving as they’ve played just one power five team and have series against Utah, SFA and quinnipiac, losing the series to Quinnipiac and Utah.

“We don’t even think about the top 10 deal,” Tadlock said. “We try to play good baseball each and every day and I think UTSA and everyone we line up against presents challenges. You have to play the game right to win baseball games — no matter who you play against.

“I think our group knows who we have things we need to get better at.”

On the season, Tech is hitting .295 and it has committed just eight miscues through its 14 games. The Red Raiders have outscored their opponents, 107-41.

This game was a lot closer than it should have been. Davis Martin got the win, moving to 2-1 on the year and had a solid start, going 6 innings, allowing just 6 hits, 2 runs, striking out 5 and walking 1. Then, the normally reliable Jacob Patterson went just a third of an inning and promptly allowed 3 hits, walking 1 and 4 runs. Parker Mushinski finished the 7th inning to get out of any further jams and Jose Quezada went 1.2 inning allowing just 1 hit and John McMillon earned his second save of the year.

Steven Gingery pitched a gem of a game, a career high 8.2 innings allowing no runs and just 3 hits for 8 innings, but in the 9th inning, Gingery allowed a single, which resulted in a double play, then a walk and that runner advanced to second on a wild pitch, another single and the runner on second is on third and in scoring position. Gingery is credited with those two runs as Parker Mushinski comes in relief just needing one out and immediately walks the batter he faces while freshman John McMillon allowed a double to score score all three runners on base. Mushinski takes the loss. Both McMillon and Mushinski pitched on Friday in relief and you wonder if Gingery shouldn’t have been given the opportunity to get one more out rather than go with Mushinski and McMillon. It seems that Mushinski has struggled in high leverage situations, but maybe I’m letting the latest game affect my thoughts here. You also wonder about pitching Mushinski and McMillon on back-to-back days, but I suppose you could argue that this is the time to figure that out.

The offense was pretty much completely quiet, notching only 2 hits and 2 runs for the day.

Hey @SportsCenter, we’ll just leave these two plays from Ryan Long & Cody Farhat here for you to use tonight on #SCTop10. #WreckEm pic.twitter.com/ZjliBXCsoX

Grant Little went 2 for 3 at the top of the lineup with an RBI, while Hunter Hargrove and Tanner Gardner each had a hit and scored a run.

Texas Tech plays UT Arlington and then travel to Austin to play the Longhorns for the weekend series.