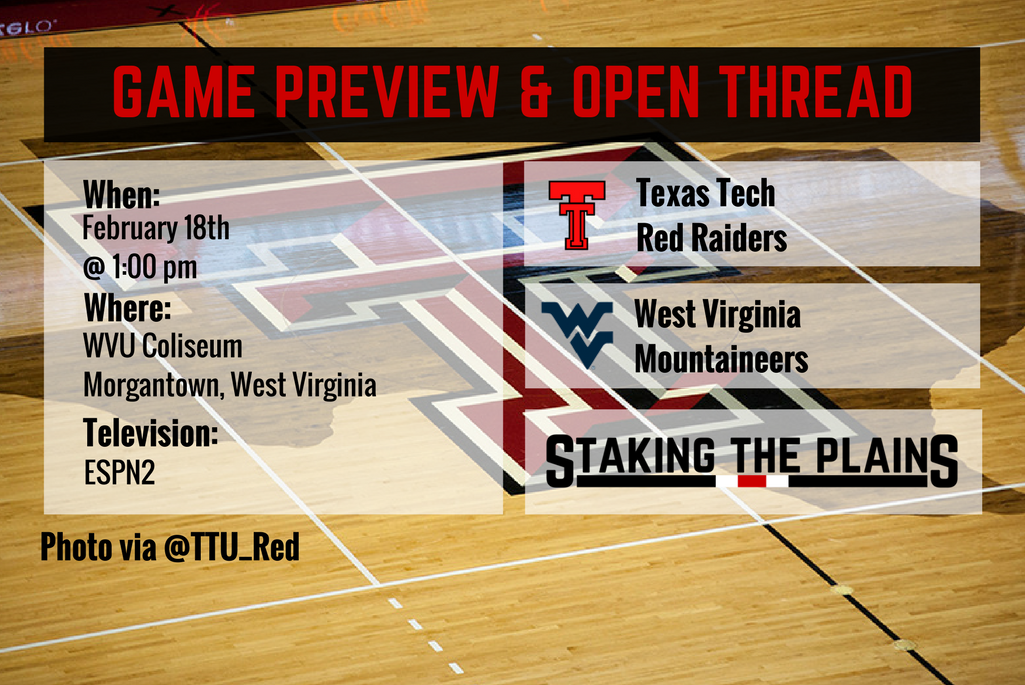 The Red Raiders travel to Morgantown to take on the Mountaineers.

1. KenPom has West Virginia as the #4 team in the nation. No pressure. The Mountaineers are ranked 9th in AdjO and 8th in AdjD so you could say that they are pretty balanced. Pretty balanced. Texas Tech jumped to 37th overall, which is a nice bump, is 33rd in AdjO and 71st in AdjD.

2. The recipie will be similar to what Texas Tech did against Kansas and Baylor, which is get to the free throw line and don’t turn the ball over. Both of those things will be difficult to do and I’d imagine that after West Virginia letting the Kansas game get away, they’re going to be looking to curb-stomp someone. Still though, I think Texas Tech is better suited to play the West Virginia press because they have good ball handlers through the lineup.

3. The biggest problem for Texas Tech will be the lack of depth. Beard has tightened up his lineup since he inserted Stevenson into the starting five as it has essentially been the juniors carrying the load, Evans, Smith, Gray and Stevenson. Beard might have to give the bench some more minutes this game because of how West Virginia plays, but they’ve got to earn those minutes too.

“I think every player on your team is important when you try to break West Virginia’s press,” Texas Tech head coach Chris Beard said. “It’s impossible to do it with just one lead guard because they’ll pressure the primary ball handler. We’ll need different guys to step up and help us with our ball handling, passing, releasing and ultimately dribbling it up the court.”