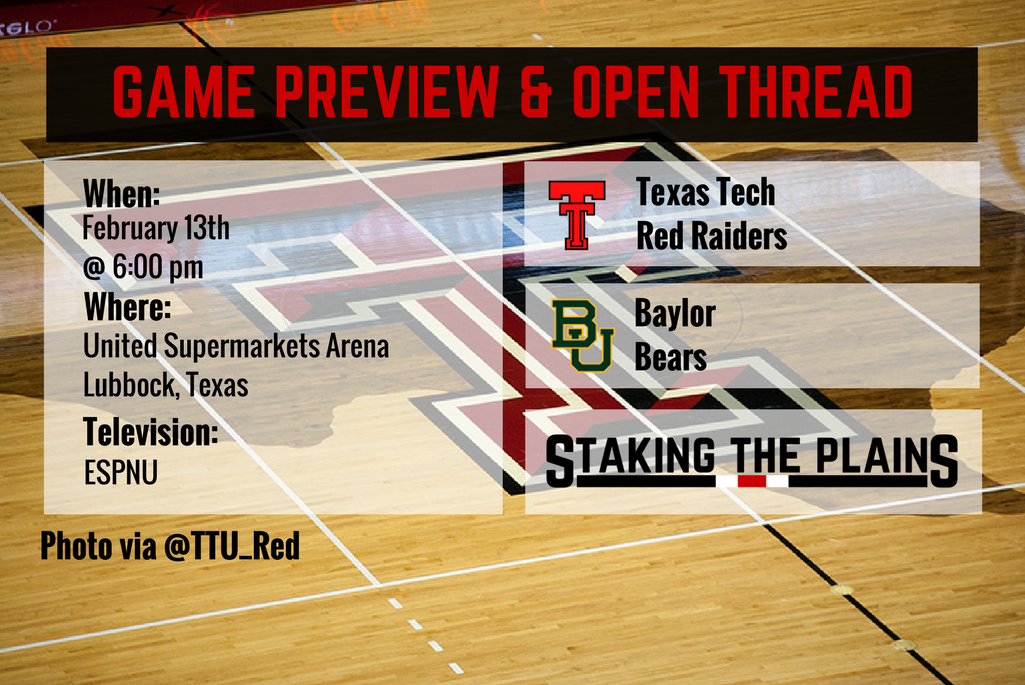 2. What? You thought Texas Tech would get a bit of a break after facing Kansas, like maybe a Wednesday game? Sorry, Texas Tech faces Baylor tonight and Baylor just blew out TCU at home on Saturday, by 18 points. They were rolling and as of right now, they’re a number one seed for the NCAA Tournament.

3. Baylor’s biggest problem for opposing teams is that they’ve got ridiculous size and that’s a problem as Texas Tech isn’t a particularly big team. The addition of Stevenson to the lineup has helped quite a bit and after his stand-out game against Kansas makes me incredibly hopeful. If Texas Tech can get significant production from Stevenson, Evans, Smith and to an extent, Gray, then I like Texas Tech’s chances.

5. Head coach Chris Beard says that the Big 12 is a grind:

“You just have to keep grinding,” Texas Tech head coach Chris Beard said. “That is what we talk about the first day of practice. In our league and at this level, these games come down to one or two possessions. Every day in practice we play one or two minute games. We play one possession drills. Two of our better shooters got wide open three’s in the last two minutes and 30 seconds of the game (against Kansas). We are playing better. We just got to take that next step. What you do is you have to stay the course. You continue to try to work at it and get better. You got to keep coaching and keep working at it. I got a lot of confidence in our players. We will stick to the plan, and we will stick to the grind.”