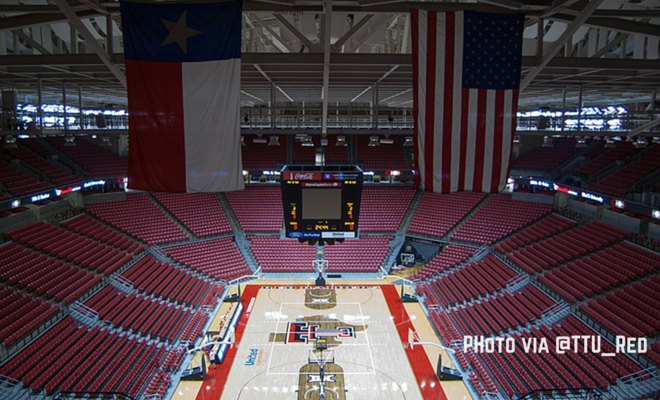 What is the direction that Chris Beard has in store for the Texas Tech basketball team?

Dan and Seth decided that with a recent offers to some players, we discuss what that means and the direction of the program.

seth: Earlier this week, a 2017 offer went out to a Zhaire Smith, a 6-5 wing player from Garland. I didn’t mention anything that morning because I was really somewhat unsure since there is one remaining spot and there was the thought that the remaining scholarship might go to Trae Young. Chris Level tweeted about it and he mentioned that in addition to Smith, Chris Beard was also going after another wing type of player from France, Yves Pons, who is about 6-6. There was a lot to unpack here so let’s start at the beginning, which is that it appears that Beard has maybe moved on from Trae Young from the standpoint that the chances that Young picks Texas Tech might be pretty slim. Is that how you’re reading this too?

danswany: Yeah, it seems like Trae Young is going to pick OU or most likely KU. I think we are out of luck on the Trae Young lottery. It stinks because he could be such an asset at the PG position for Texas Tech. We cannot sit around and wait for his decision, so Chris Beard is looking elsewhere to fill the open scholarship with the best possible talent.

And now Texas Tech has one scholarship remaining for the 2017 class and Beard has offers to two different wing players, Smith and Pons. I somewhat thought that Beard would maybe go after a big, but he hasn’t. What do you make of that move?

danswany: I think that college basketball has been moving away from the traditional big man center for more athletic players. Coach Beard has a motion offense that can thrive with every player on the court having the ability to drive to the rim or pop outside to drain a three. I’m fine with us not going after a big man, yet I get a little worried on the defensive side of the ball if we do not have a bruiser on the roster. Are you feeling okay about not going after a big man?

seth: Well, and right now, Texas Tech should have three traditional bigs on the roster next year, Zach Smith, Norense Odiase and Tommy Hamilton IV. And with Smith and Hamilton, the idea is that their games also work on the best from the outside. Hamilton is supposed to be a big that can shoot the three-point shot and Smith is already trending that way. Odiase is the only guy that is a traditional big man.

That only leaves Texas Tech with three players who can maybe play the post and to answer your question, it really depends on how Texas Tech and the rest of the Big 12 really intend on trending, which, like you say, are big players that can switch on the pick-and-roll on defense and be able to guard the switch. Smith can do that and we don’t know about Hamilton.

But alternatively what this does leave is four guys on the floor that can all drive, dribble and shoot. That’s a good thing, right?

danswany: Yes. The thing not to overlook is the mid-range jumper. If we go after wing-type players, and not a traditional big, we want one that can shoot. Not just the downtown shots, but can pull-up for a jumper anywhere inside the arc. Justin Gray is a great mid-range guy. Livingston and Smith are pretty good at the jumpers. I want to recruit athletic stretch wings, that also can bang a shot anywhere on the floor. I’m looking forward to seeing how Hamilton develops into the lineup. Our team needs to also get rebounds to win. That is where you miss a guy like Odiase being on the court to grab boards. How do you see our frontcourt developing as we move forward with Coach Beard and staff?

seth: For this year, it’s really tough, and maybe that’s the key, which is that Texas Tech just isn’t very athletic right now.

But, if you add in Josh Webster, Jordan Brangers, Brandone Francis, Jarrett Culver and maybe one of the other guys like Smith or Pons, and you’ve got 6’3″ to 6’5″ guys that all fit the profile of being either long-range or mid-range guys that can defend the perimeter.

And maybe this is what Beard sees, which is that with the current roster, he can’t defend the perimeter very well, it’s the reason teams are killing Texas Tech from beyond the three-point line. Is this a situation where Beard’s somewhat picking his poison defensively, but hoping that he’s a significantly better shooting team and a team that can defend the perimeter.

I mentioned to you off this back-and-forth that this is the way that the Rockets seem to be designed. Have a bunch of guys that can shoot the three point shot. Is that where you see college basketball going and this team?

danswany: Sounds right, and we should get to where Beard wants to be with the new additions.

I think a great three point shooting team is such a fun thing to watch. The Rockets this season have been so entertaining, and are doing really well. The negative there is when all our shooters have a cold game, our defense cannot keep up and we lose the game.

College basketball is moving to a quicker game with the emphasis on shooting the downtown shot. I think Tech needs to find 3+ consistent deep threats on the roster before making the transition of being a three point attacking team. I could see Beard pushing to do this in the future, but it may take a few seasons.

By the way, now that we had that butt-whipping in Lubbock on Saturday to OSU… what are we going to do about this rut we are currently stuck in?

seth: I think we get our tails handed to us for one more game and then there’s a three-game stretch where Texas Tech can get to .500 in conference play as Texas Tech travels to Austin and hosts the Sooners with the last non-conference game against LSU this Saturday. The Tigers are 9-9 and I think that could be just as important as getting a non-conference win. Are you thinking the same thing and do you have any idea as to how to pull out of the rut other than to just trust what Beard has done?

danswany: I really thought we had a chance to go undefeated at home this January, but the Oklahoma State loss has me scratching my head. Has the other Big 12 teams started to study our patterns and have a better game-plan now? Or our we just hitting a rough patch trying to figure things out? My thoughts are that we trust in Chris Beard to figure it out, and it may be a little more of working out some kinks in the system. I think the LSU game will be a huge milestone for the program… and think if we can get over that hump we might be able to turn things around. Yet, if we drop the game in Waco to Baylor and than lose again at home to LSU to finish out this month we will have a huge uphill battle. We cannot have a 3 game losing skid and go into Austin to battle the Longhorns. This next week will be very important for our team.