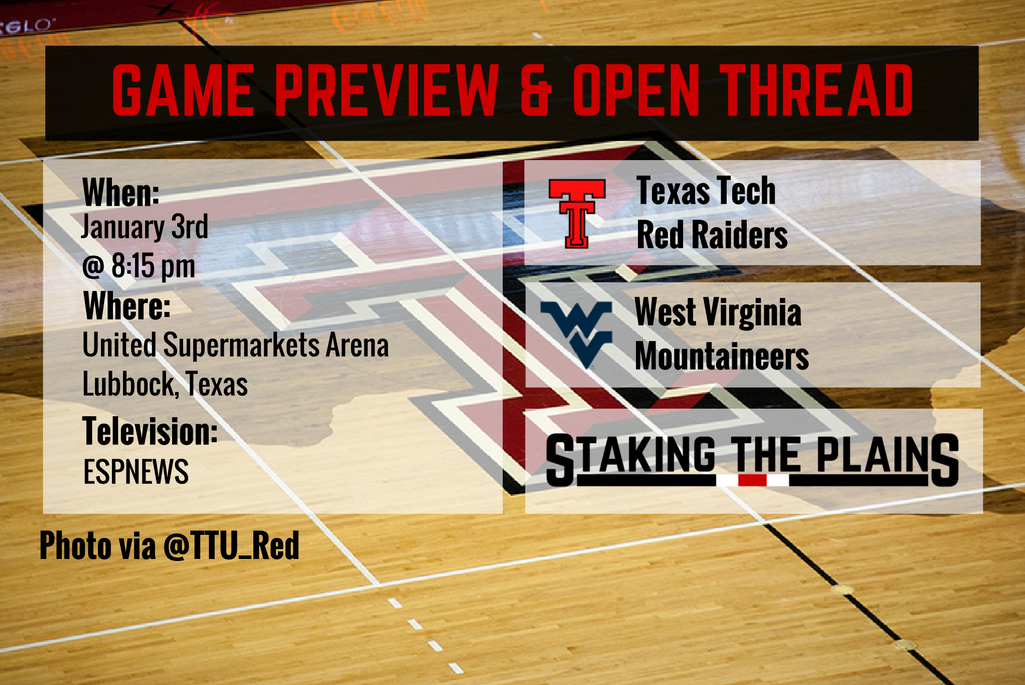 1. KenPom has West Virginia as the #4 team overall, ranking 6th in AdjO and 5th in AdjD. Texas Tech’s loss to Iowa State dropped Texas Tech to 30th overall, 31st in AdjO and 43rd in AdjD. That defense is slowly falling down the rankings and that really needs to be corrected. It actually started with the Longwood game where the Lancers shot way too well. Texas Tech limited Iowa State, but that defense couldn’t prevent a 21 point swing.

2. West Virginia is a powerhouse right now. They are ripping phone books in half and generally just dominating teams. The only loss the Mountaineers have on the plate is a loss to Temple, where the Owls shot 53% from the three-point line, going 10 of 19. Temple still turned the ball over 19 times, but three-point shots can be a true equalizer. The way things are shaping up, West Virginia, Baylor and Kansas are the top of the Big 12 and everyone else is just trying to get to that level.

3. West Virginia will make you turn the ball over. they are averaging an astounding 25.7 forced turnovers per game. They will continually press and pressure you as a team and force you into a lot of bad shots. They force more turnovers at ome than away, but make no mistake, they will force you to make mistakes. Limiting those mistakes will obviously be key for Texas Tech. Texas Tech is actually doing quite well in the turnover number, only averaging 11.1 per game, but Texas Tech hasn’t remotely been tested like West Virginia is going to test Texas Tech.

4. WVU is a ridiculously deep and big team and that’s a pretty big problem for most teams. Miles is a fantastic shooter, making 50% of his three-point shots, but pretty much the entire team can shoot beyond the arc. Not necessarily well, but they all shoot the three-point shot and that’s one thing that Texas Tech isn’t great at defending, the three-point shot. The problem of course is that WVU also has guys inside that are big and strong and men and they can probably all bench a small car.

5. I’m probably making this game sound incredibly difficult and tough to win for Texas Tech. To start the season for Texas Tech going to Ames, then facing West Virginia at home and then traveling to Kansas is a rude welcome and the prospect of starting 0-3 in the Big 12 is entirely possible. If Texas Tech wants to win this game, I suggest that the team mind the turnovers and make their three-point shots, while limiting West Virginia’s. Sounds easy enough. Texas Tech will need bigger nights from some of their better players. Ross will need to show up and score and I have a feeling that Texas Tech will need Odiase to be a presence inside.

🏀🎥: As the #RedRaiders prepare for their #Big12MBB home opener, here’s your Bench Talk with Beard previewing #7 West Virginia. #WreckEm pic.twitter.com/ZPf4XtSxvz