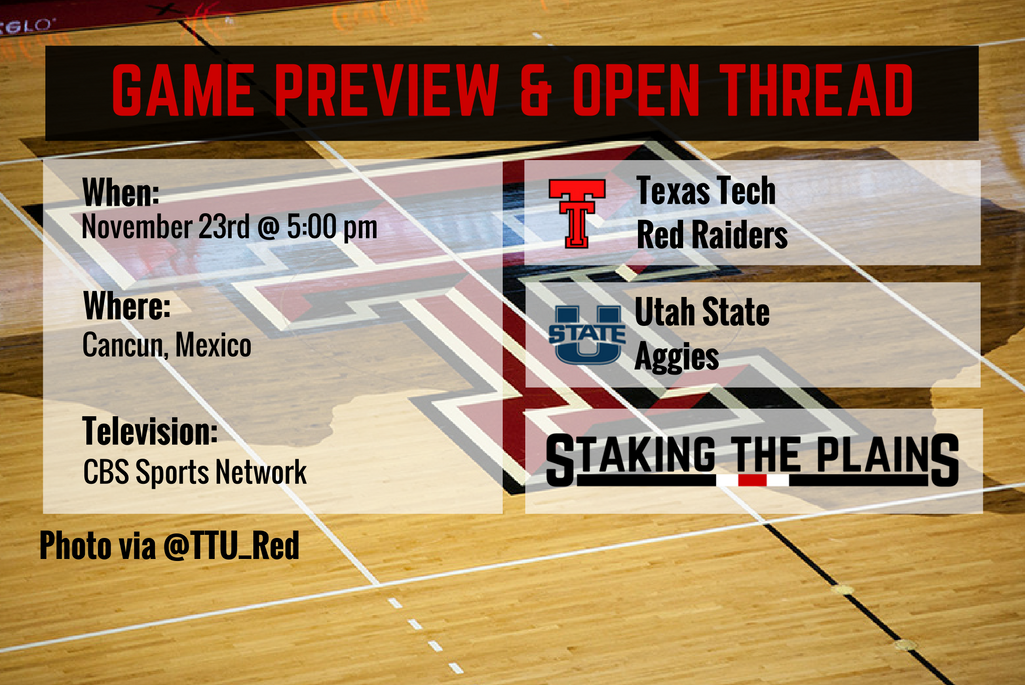 1. KenPom has Utah State as the 103rd best team, 91st in AdjO and 139th in AdjD. Texas Tech dropped a bit to 43rd overall, 58th in AdjO and 29th in AdjD. That offense really needs to start coming along and start setting the tone early.

2. Given the short turnaround, I don’t know a thing about Utah State other than they have a huge frontline and a deep and big team. That’s not something you see too often and you wonder if Matt Temple might get some more play this game as a result of the Aggies having a 6’11” center.

3. Both guards for Utah State are pretty danged adept at passing the ball and you really don’t see a guard combination that can both score and dish the ball quite like those numbers. Texas Tech is going to need to have their guards close out on the Aggies and make sure they don’t pull ahead like Auburn did yesterday.

4. After three games where Texas Tech controlled their turnovers quite nicely, those bad turnovers (they’re all bad) reared it’s ugly head against Auburn. Keenan Evans has to be better at controlling the pace and Zach Smith, who had 6 turnovers all by himself, can’t allow that sort of play. He’s too important not to have on the court, but he also can’t give up 6 possessions by himself.

5. Sorry that this is such an abbreviated preview. The quick turnaround is tough, probably more on the players in Cancun. Luckily, they can hopefully forget about the Auburn game because there’s no time to think about it. They have to move on and Texas Tech can’t afford this loss to Utah State. Texas Tech needs to come out quickly on offense and aggressively on defense.