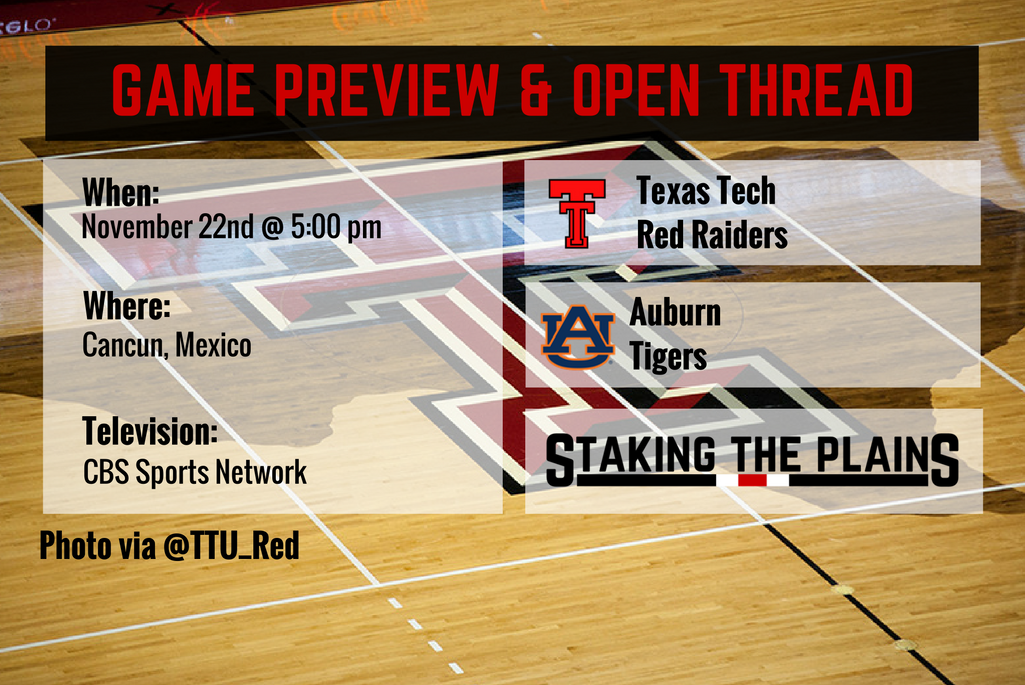 1. KenPom has Auburn as the 117th best team in the nation, which is a bit of a surprise. They are 160th in AdjO and 91st in AdjD. I’d guess that Auburn plays above these numbers in Cancun. However, they’ve only played North Florida (I didn’t know they had a team, but they are the Ospreys and an Osprey is a river hawk or a sea hawk), Georgia State and the common opponent with Texas Tech, Eastern Kentucky. They won all games fairly easily. Texas Tech sit at 39th overall, 47th in AdjO and 30th in AdjD.

2. The game against Eastern Kentucky started out terribly (this was before the Iowa State game) with ETU hitting a ton of shots early and it required Texas Tech to have to battle back. Millinghaus was absolutely terrific for the game and his offensive and defensive presence was critical to the comeback. It was a big-time team effort, the team really gathered themselves during the game, which is difficult, clamped down on defense and ended up by winning  by 20 or so points.

3. The length of some of these players is what sets it apart, Zach Smith’s defensive ability was off the freaking charts on Saturday, shutting down EKU’s best offensive player, I’m almost sure that the EKU player was scared to make shots. Justin Gray was terrific cleaning up the glass and I thought Devon Thomas playing big minutes was significant in getting the team back. He may be the most improved player from last year.

4. Who didn’t play well to start the game was Keenan Evans, who Beard pulled for the better part of the first half. Evans biggest problem is his consistency and that’s true of most players who are making to make that next step. Evans was sloppy, taking bad shots and Beard had no issue taking him out and allowing guys like Thomas and McLean to pick up the slack. And this was even a bit short-handed as Stevenson was out for the game.

5. This game against Auburn should be a good test. Texas Tech would handle these teams last year and I think Texas Tech still doesn’t get enough credit for who they are, but that credit is earned and it starts with the Auburn game. The Heron and Purifoy match-ups could be really interesting, I’m guessing that Smith takes Heron and I’m not sure who will take Purifoy. Smith is such a better post defender (in my opinion) and I’ll be interested to see how Beard defends the Tigers.