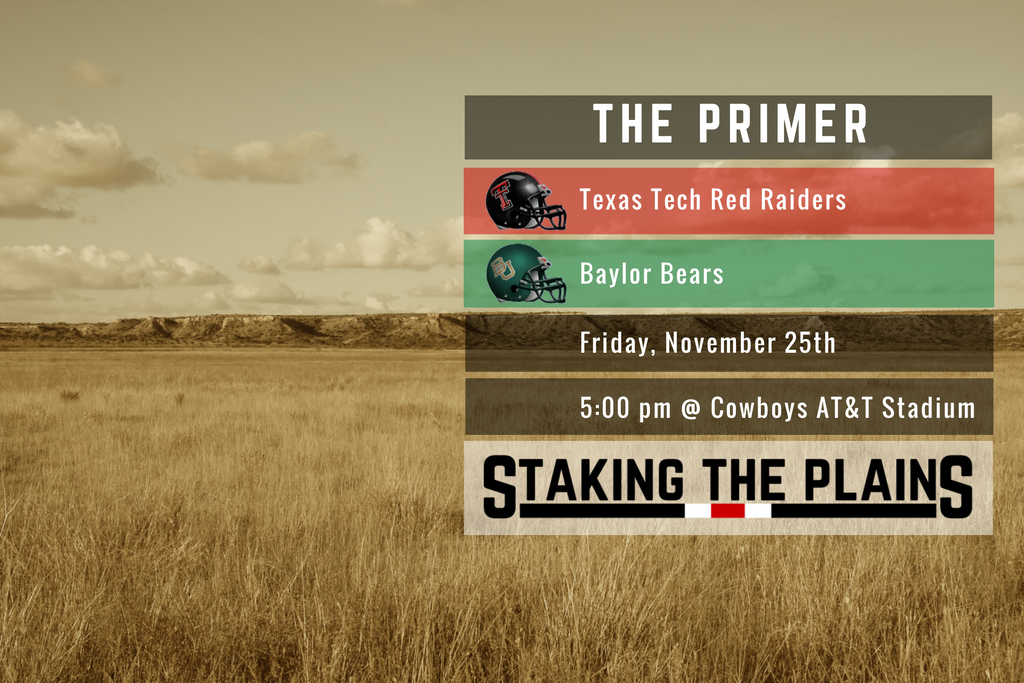 Your final introduction of the year, the Baylor Bears.

Baylor is on a bit of a losing streak, having won their first six games, they have now lost four in a row, at Texas, TCU, Oklahoma and last week to Kansas State. Losing Russell has obviously hurt the team overall, but the offense has struggled since the Texas game.

1. QB Zach Smith (6-4/235): Wanna guess who probably is going to get a ton of yards despite only carrying for 9 times for -15 yards this year? Yeah, I don’t even now if Smith has two working legs, but I’m guessing that he’s going to be the guy with Zach Smith out and he’ll be just fine and he’ll probably run for a lot of yards because that’s how things go. Seriously though, Smith has passed for 530 yards completing 54% and has 5 touchdowns and 3 interceptions.

2. WR K.D. Cannon (6-0/180): Cannon is probably the best offensive player still playing (with Seth Russell and Shock Linwood out) and has 56 catches for 773 yards, nearly 14 yards a catch and 8 touchdowns. Even with Russell out, Cannon has had 122 yards against Oklahoma (Russell played part of this game) and 91 yards against Kansas State. He’s still a threat.

3. S Orion Stewart (6-2/205): Stewart is third on the team with 58 tackles, 3 tackles for a loss, an astounding 5 interceptions, including a pick-six and 4 passes broken up. The five interceptions would lead Texas Tech as a team..

4. LB Aiavion Edwards (6-1/230): Edwards leads the team with 75 tackles on the year, including 5.5 tackles for a loss, 2.5 sacks, 3 quarterback hurries and is the most active player on the defense.

Via OddsShark, amazingly, Baylor is only favored by 2.5 and that line pretty much immediately moved with Baylor now favored by 5.5.