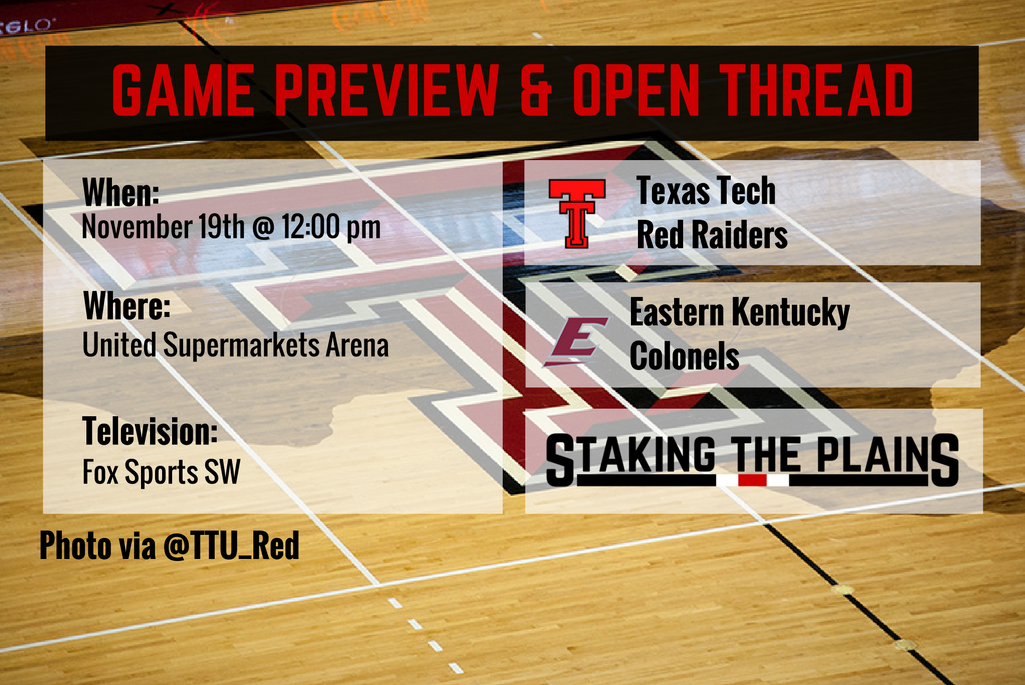 1. KenPom has Eastern Kentucky as the 250th best team in the nation, they rank 213th in AdjO and 284th in AdjD. Meanwhile, Texas Tech is up to 37th in the KenPom rankings, 54th in AdjO and 22nd in AdjD. That’s a nice jump for Texas Tech, despite not really playing some terrific teams. Texas Tech really needs this game before heading on the road for the Cancun Challenge to take on Auburn.

2. EKU did keep the game close with Auburn, but I’m not quite sure what that says about Auburn or EKU. Auburn eventually wore them down, winning 85-64, so it wasn’t that close at the end, but it was certainly a close first half.

3. Mayo is a nice sized big-man and only a sophomore. He’s not shooting particularly well this early in the season, but he’s skilled and can rebound. If I had to guess, I think Smith gets the call initially, but truthfully, I think Livingston would be just fine here and Smith would cover the third guard, Babb-Harrison.

4. This actually brings up a pretty good point of emphasis here in that teams like to run three guards and Beard seems intent on running with two guards and three true forwards. Smith is able to cover multiple folks, but he might also be prone to fouling on the perimeter and that could lead to fewer minutes. Of course, this also means that Smith has a distinct advantage on the boards and can impose his own offensive game. Just something to watch in the greater scheme of things and might give an indication as to how Beard will play most of the year.

5. If I had to pick the most consistent player thus far, I think I’m going with Livingston. Livingston has been really solid, a steady offensive presence. And you should probably throw Ross in that list too. Ross is going to be incredibly valuable this year and his shooting, as pointed out by Dan, will be critical to the team’s success.