This week’s play was a a trick play, drawn up in Kingsbury’s office and deployed at the time when Coach thought he could catch the Kansas defense off guard. This play combined a strange formation and tempo as the offense lined up in for this play quickly after having the ball set.

(I’m using my phone to capture these gifs, so I apologize for the pause, skip, and notification bar in these files).

The biggest aspect of this play design is the change in formation. If you’ll remember last year against Arkansas, Kingsbury drew up a formation similar to this. Cameron Batson is actually lined up on the offensive line as a tight end or tackle (and has been proven, Batson was actually an ineligible receiver, but Big 12 refs), and last year it was Devin Lauderdale, although the ball didn’t go to Lauderdale against Arkansas (this was the play where Jakeem Grant threw the touchdown pass to Reginald Davis). Madison Akamnonu was moved out wide to the right with Dylan Cantrell and Ian Sadler. Derrick Willies and another receiver are lined up wide to the left. 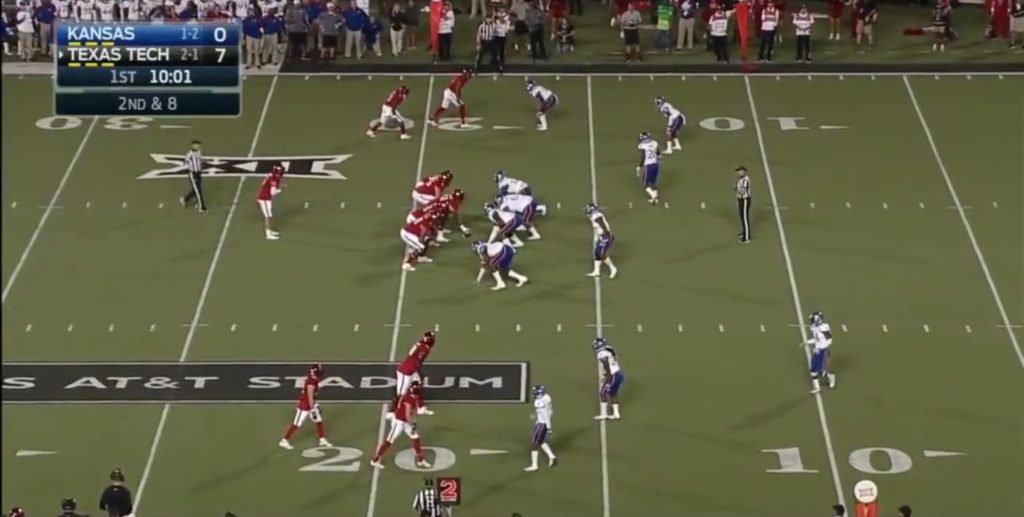 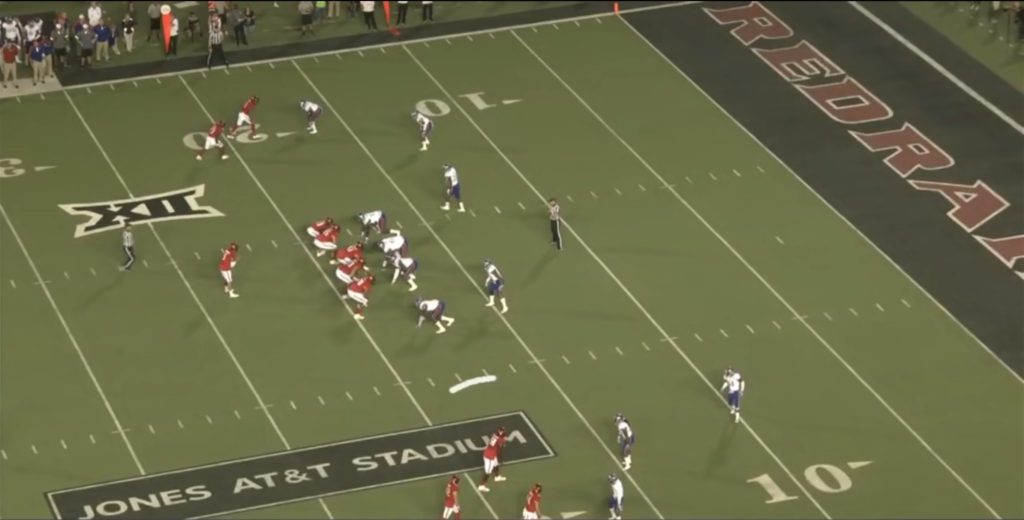 After the ball is snapped, the offensive line all move out to their right as if to get out in front of a screen, which is backed up with the offensive line placed out wide and Mahomes initially looking that way. If you’ll watch the linebackers in the gif, they all flow out to the outside to try to defend a possible screen pass to Sadler, leaving the middle of the field wide open. Tech was also able to draw three defensive backs away from the play during their pre-snap adjustments, which you can see in the last picture above. As the defense flows to the wide side of the field, Batson releases up the seam wide open and it’s an easy pitch and catch for the touchdown.