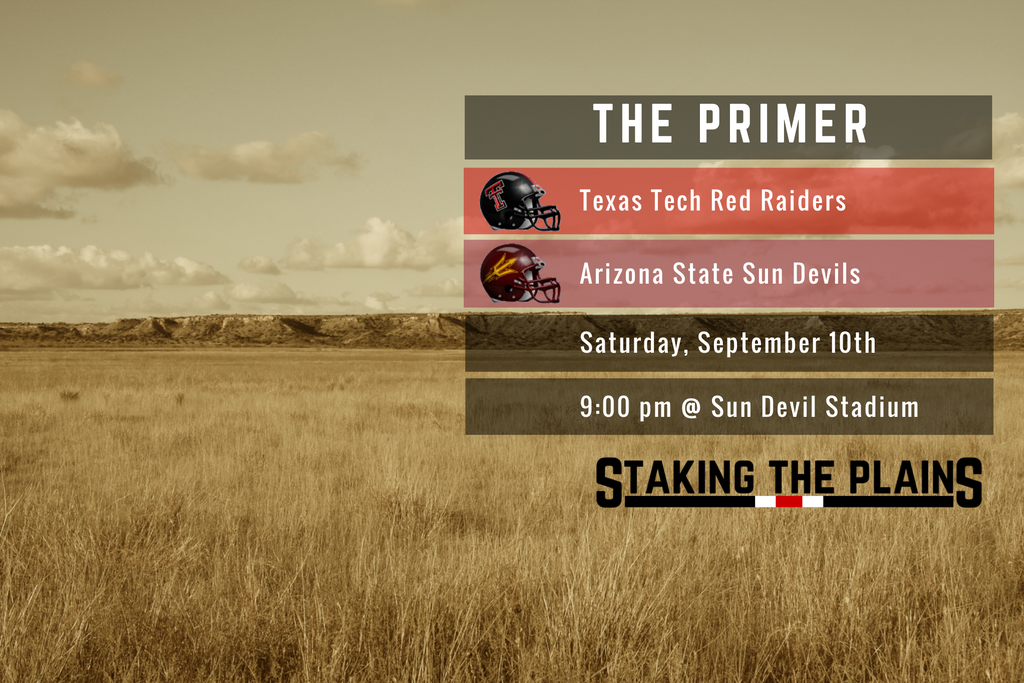 Getting you ready for Texas Tech’s trip out to Arizona to take on the Sun Devils of Arizona State.

Arizona State took down Norther Arizona, 44-13, largely behind a nice day for new quarterback Manny Wilkins, who passed for 180 yards and ran for 89 yards and a touchdown. Arizona State gave up a ton of yards through the air, 369 total yards, but limited Northern Arizona to just one passing touchdown. Northern Arizona almost out-gained Arizona in total yards, 425 to 456.

1. RB Demario Richard (5-10/219): Richard didn’t have a break-out performance that I thought he might, running for only 78 yards on 19 carries and a touchdown. He’s still very good and I’d and can be explosive, but Watkins may be the key to the Arizona State offense.

3. LB D.J. Calhoun (6-0/228): I thought that LB Salamo Fiso would be the guy here, but I can’t find where he registered any tackles last week, so we’ll go with Calhoun, who had a team high 7 tackles, a tackle for loss and one quarterback hurry. Remember, the linebackers are the guys that are counted on making the most plays for Arizona State.

4. S Kareem Orr (5-11/198): Orr is a sophomore who played a ton as a freshman. He’s a dynamic playmaker, registering 6 interceptions last year as a freshman to go along with 38 tackles.

Via OddsShark, Texas Tech opened as a 5 point underdog and the line has already moved to 5.5 points with two books as of last night and now, it’s fallen down to a 3.5 to 4 spread. That’s a quick moving spread.