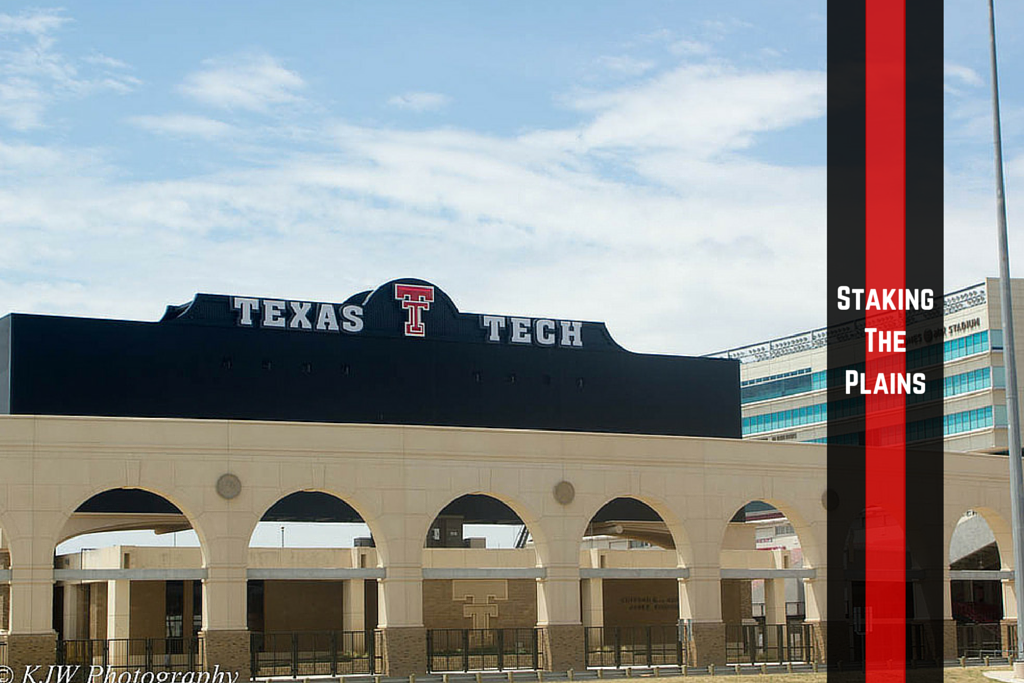 We take a look at the defensive line from last year to this year and ponder if the personnel is better.

I’ve been thinking about the personnel between the 2015 version of the Texas Tech defense and the 2016 version and whether or not the personnel is going to be better or worse than what what was thrown out there last year. This post intended to be just one post, but once I started to go through each position, it ended up much longer than expected so we’re taking the defensive line today the linebackers next and the defensive backfield after that. I fully admit that I’m having to guess on a lot of this because many of the players that I haven’t seen.

At the nose tackle position, there are two brand new players, Broderick Washington and Ondre Pipkins. Last year, there was a handful of players that maybe played a role at the NT spot, with limited success. Rika Levi, who lost a ton of weight, but was never athletic enough to consistently make plays, perhaps because he couldn’t keep pace with the offense, and Demetrius Alston, who was undersized at best. Levi had the size, but only made plays while engaged a handful of times. Alston was undersized and I just don’t remember a bunch of plays being made by Alston at that nose tackle spot, although to be fair to Alston, he was supposed to be a defensive end many moons ago. He was playing out of position I think. And the others . . . Keland McElrath and Marcus Smith, literally almost did nothing their senior years. I think they had 12 tackles combined and I really don’t even know what position they played.

From what I’ve heard, Washington is a player that the coaching staff couldn’t wait to play this year and they just had too many players last year to take off the redshirt. Pipkins has always been a spot player, at best and I think that probably continues here as well. Pipkins should be in the rotation, but I think that Washington receives a majority of the snaps. For me, without even seeing very much of Washington and Pipkins, I think this is an upgrade. The question will be if Washington and Pipkins are strong enough to hold their own inside, but considering how many plays just ran by inside the line, it would seem like this is an obvious upgrade.

Better or Worse? For me, it almost has to be better because last year was generally just terrible. Have to think that Washington and will be an improvement.

Breiden Fehoko should be better and whoever is backing him up, should be better too, whether that’s Mychealon Thomas or one of the true freshman and my money right now is on Nick McCann. And I hope that the freshmen prove themselves worthy enough to take some snaps from Fehoko. Fehoko played too many snaps last year, maybe that was by design, but no one can keep pace for that long and it would benefit Fehoko to take some snaps off so that the snaps that he does play is at optimal performance. I haven’t forgotten about Lonzell Gilmore who is backing up Fehoko during the spring, but I’m so hopeful that Gilmore is at the strongside defensive end once the freshmen reinforcements arrive.

Better or worse? Just by virtue of age and experience and thinking that Washington, Pipkins, Thomas and some freshman is going to be better, that’s not a stretch at all.

Branden Jackson always had the size component, but he was never really strong enough to hold the edge, the problem though is that I’m not sure if his replacements are strong enough either. Your current starters at defensive end are Zach Barnes and Kolin Hill Barnes has been in the program for a good while, he was one of the players from Georgia in Kingsbury’s first class, but he’s 6’3” and weighs 229. That’s your strongside defensive end. Hill does have more size, but he’s 6’2” and 235. That’s not exactly a ton of difference. I’m not sure what Gibbs has in store for this position. Maybe it’s the thought that Gibbs wants to truly run the defense through the middle of the field with both of his ends being able to rush the passer funneling the ball inside. If that’s the case, then maybe that’s where we see the biggest difference. Not containment, but pressure the edge. This could work one of two ways. It could be more of the same in regards to how the defensive line performs . . . or . . . maybe the speed aspect wins out. The problem with this scenario is that the linebackers will have to fit the gaps inside.

I think better, simply because Jackson just wasn’t that productive overall. I’m probably being too harsh there. It probably also depends on what the strongside defensive ends are going to be asked to do. Generally speaking, this group has to get more than 31 tackles, 4.5 tackles for loss and 2 sacks to be better than what Jackson did and I think that’s attainable.

The Pete Robertson senior season was not what I was expecting. I thought we’d get a highly productive rush end, but what we ended up with was a fairly productive player, but wasn’t impactful.

Now, it’s time for the Gary Moore era and I’ve been waiting for this moment for Moore because I’ve always been an advocate for Moore to be on defense. We need more guys and athletes on defense. Moore tends to play like his hair is on fire and he’s not exactly disciplined. He needs to be, but hair-on-fire is better than passive. If we’re looking at the stats from last year, Robertson did have an okay year, 66 tackles, 13.5 tackles for a loss and 5.0 sacks. If Moore is going to be permitted to go hair-on-fire then yeah, I think Moore could get to those sorts of stats. And as an aside, backing up Moore is Kris Williams, who has been here a long time, but never really cracked the lineup.

I think better, but not by much and that’s more as a result of Robertson couldn’t or didn’t make the impact plays that this position really needs. I think Moore can be better, but I’m presuming that he’ll be able to play hair-on-fire.

Now, it’s your turn. What do you think about the defensive line as a whole next year.