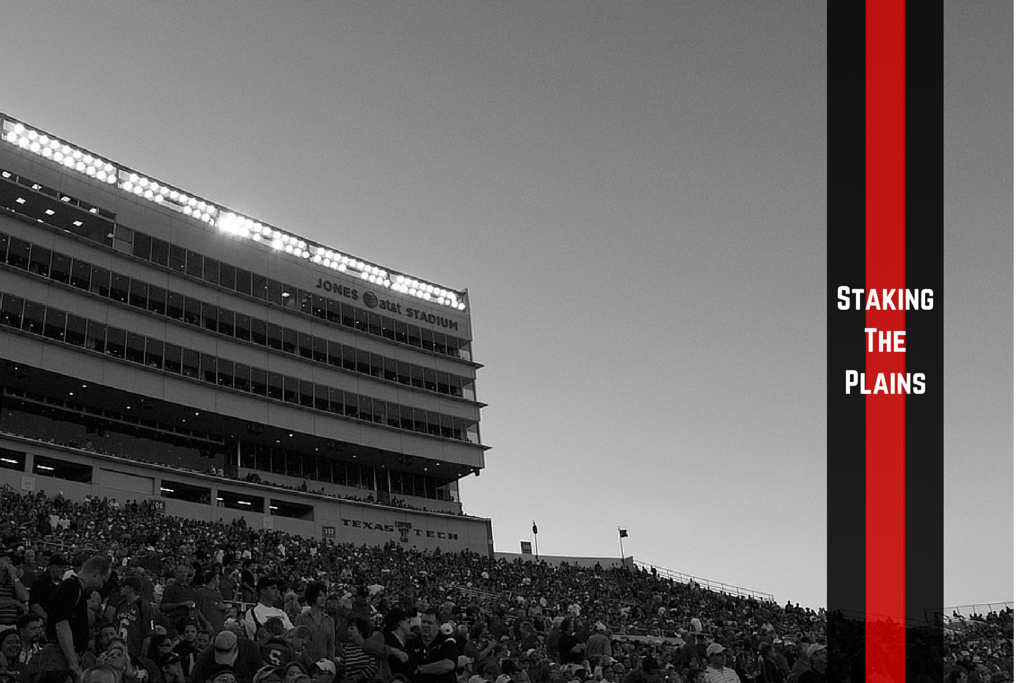 We often just pay attention to the “strength” portion of strength and conditioning, while Texas Tech has done something unique in hiring a “speed” coach.

Please welcome Scott Salwasser, who is the current director of Speed and Power Development at Texas Tech. We’ve talked extensively about the hiring of Rusty Whitt and what he might add to the strength and conditioning portion of the program, but Kingsbury also added a guy that purely focuses on speed and power development. I honestly can’t recall Texas Tech ever having a speed coach, but here we are. Salwasser was previously at Cal along with Sonny Dykes the past couple of years and is now at Texas Tech, where he was previously coaching with Whitt at Louisiana. There’s your connection.

Salwasser was interviewed by Just Fly Sports where he talked about the technique and that everything that they do as a program is to increase speed development. Salwasser is in charge of the linear speed and plyometric program for the entire team and specifically in charge of the strength program of the skill positions.

I’m trying to think of the various coaches that Texas Tech has had and I don’t think that I can recall any program having a coach that’s purely focused on speed. A speed coach. That alone is an interesting concept and reading what Salwasser says, it appears that speed and becoming faster is his passion.

Before we get into the idea of what makes a player faster, let’s talk about the idea of a speed coach in general. Programs have seemingly always had strength and conditioning coaches, the emphasis probably being on getting bigger, stronger and faster. I’d guess that most strength coaches are probably accurately aware as to how to make a player bigger and stronger. That’s what they do, but getting faster is probably at the lower end of their expertise. And I can write that because holy smokes, there’s a lot that goes into figuring out how to move faster.

Just reading this one interview with Salwasser, it’s intricate. Read the paragraph about running a faster 40-yard dash, or how about this about improving lateral speed:

We work on the angles and skill component through special drills such as wall drills and sequencing and patterning of force application through sled drills and ultimately work up to free drills at full speed to work on lateral acceleration/deceleration/cutting mechanics at high velocities. It is very similar to our approach to linear acceleration just in different planes.

The one piece that is unique to multi-directional speed is the reaction component. By this I mean reacting to an outside stimulus, not the reactive strength we talked about with plyos.

Most common agility drills consist of pre-programmed patterns. While this is a valuable component because the athlete can work on sheer output and his/her ability to accelerate, decelerate, cut, etc. at high speeds and with high force demands, on the field of play, the ability to recognize and respond rapidly to outside cueing will be just as important to their ability to make plays. So while we used pre-programmed patterns for the reasons listed above, we like to progress to putting athletes in situations where they must respond and react to outside cues, initially from a coach, but ultimately from another player. This could be as simple as a basic mirror drill, or more complex. The point is that their read and recognition skills are being trained along with their multi-directional speed, which will allow them to “cheat”, so to speak, and appear faster than they are. We feel that this piece optimizes transfer to sport.

So, I feel like this is a little bit revolutionary for Texas Tech and in a good way. It’s one thing for Rusty Whitt to potentially make an impact on the work ethic of the team as well as the strength of the team, but what if something like hiring Salwasser helps with the speed aspect of it? I’d be interested if this was a hire by Whitt, to hire another person as part of his staff, especially since Whitt and Salwasser worked at Louisiana previously, or if this was Whitt telling/asking Kingsbury to hire Salwasser away from Dykes at California. And I’d love for someone to ask Kingsbury how Salwasser arrived at Lubbock and how much did Salwasser’s expertise on speed factor int that decision? Either way, I do know think this team has needed to address the speed aspect of the team overall and I haven’t run across a ton of strength and developing coaches that are primarily focused on getting faster.

And for even more on this, make sure and check out Salwasser on Just Fly Sports where he talks about how speed really relates to football players. If you’ve ever run at all, it’s about running as efficiently as possible. It’s really fascinating stuff, from the idea of running faster means easier training, plus plyometrics being a huge part of speed training. Talks about Justin Stockton and how he can dead lift 550 or something ridiculous and still run a 4.4 or so. Also about how Salwasser really trains the first 5, 10 and 20 yards because getting the those movements down first can then create a much faster 40 yard dash. Also of interest to me was this article about training for an up-tempo offense. Salwasser knows that speed isn’t the only component, but being fast, while correctly exhibiting form along with strength training in the winter, plus a lot of other factors, is extremely important.

Reading and listening to Salwasser he gets that being fast is important, but it’s football and you have to be fast and tough. Toughest team wins.