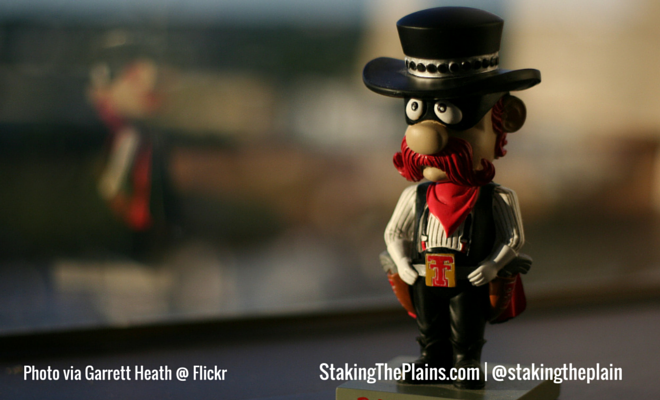 Spring break has come and gone. The last bit of advice that head coach Kliff Kingsbury gave to the players was to not document anything. I haven’t looked all that carefully, but it appears took the advice to heart. Now, the coaches are a different matter.

You know, the best thing about spring break was that it allowed us to completely focus on the basketball team. But what about things that we hope to see after spring break?

1. I hope we get a bit more detail about the how the defenders are looking. I know that this is spring football and information is generally very limited, but I do hope that we hear that the defensive line is holding their own a bit and that they’re making plays. The problem with playing against the offense each practice is that you probably generally look pretty terrible. I know that the inverse is usually true, that the offense is struggling, but it sure would make me happy to see the defense making some moves.

3. I want to hear about how the second team linebackers and Jamile Johnson are progressing and I want to know who is backing up Johnson or if he’s even starting.

4. I want to know if the tackles really can handle their own at tackle or if they need more seasoning. This may be the most important thing about the team, can they keep Patrick Mahomes upright for the better part of the season? I’d rather just focus on the spring and get past that, but they have huge opportunities..

5. I want to know who else is really emerging at safety. We heard that Payton Hendrix has been all over the field, but I want to know more, particularly if Hendrix is earning his spot, while I am dying to know how the other cornerback spot is really working out.

That’s just me, what about you. What news would you like to hear after spring break?