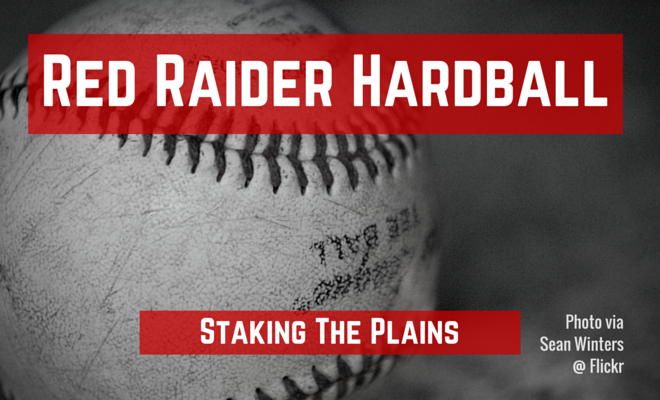 The Red Raiders open the season against Horizon League member, the Milwaukee University Panthers, with a four game series.

Texas Tech is trotting out two freshman starters, Ty Harpenau and Erikson Lanning, in the 2nd and 4th game of the series. Harpenau is a right handed pitcher from Arkansas and Lanning is a left-hander from Georgia. Harpenau finished his high school career with a 6-3 record and an ERA of 0.98, striking out 114 along the way. Lanning was originally from Texas, but moved to Georgia his last two years. Of course, tonight is about Moseley, the junior from Cooper, who was one of the steady hands last year.

The infield should be relatively set, with Orlando Garcia, Michael Davis, Ryan Long, and Tanner Gardner working out the middle of the infield and third base with Eric Gutierrez manning first base. Zach Davis, Tyler Neslony, Stephen Smith, Hunter Hargrove should play big parts in the outfield. Tyler Flod should get a bit of work at catcher along with Kholeton Sanchez, a JUCO from New Mexico JC. Corey Raley should be a utility guy, playing both the infield as well as the main designated hitter.

This is always one of those deals where head coach Tim Tadlock is a bit tight-lipped about who’s going to play or start. I would have guessed that some of the JUCO arms would have been starters, like Hayden Howard or Tanner Buston or Robert Dugger, but that’s apparently not the case.

Ryan Mosley had a quality start, pitching 5 innings, giving up just 5 hits, 2 runs, walking 3 and striking out 4. We then saw three new pitchers out of the bullpen, Robert Dugger (JUCO pitcher from Cisco J.C.), Hayden Howard (JUCO pitcher from Seward C.C.) and Chandler Eden (JUCO pitcher from Yavapi College). Collectively, they pitched the final 4 frames, giving up 4 hits and 2 run. Dugger struggled a bit, walking 3, but Howard and Eden were excellent in relief.

Freshman Ty Harpenau got the start and he pitched really well, giving Texas Tech a quality start. Harpenau pitched 5 innings, giving up 3 hits, 1 run, walking just 1 and striking out 7. That’s really solid. Unfortunately, the bullpen faltered big time. Freshman left-hander Steven Gingery, from Huntington Beach, California, pitched only 1.2 innings, giving up 3 runs, all earned, 4 hits, walking 2 and striking out 2. Gingery took the loss for Texas Tech, but the bullpen wasn’t done as Garrett Bruce, a JUCO from Hill College, had a terrible day, giving up 4 runs, all earned, in just 1.1 inning. Senior Dalton Brown closed out the final frame without giving up a run.

A much better game for Texas Tech in Saturday’s double-header. Junior left-hander Ty Damron pitched a gem, going 5 innings, giving up 1 hit, 1 run (not earned), walking 3 and striking out 4 while earning the win against Milwaukee. Freshman Davis Martin, from San Angelo, pitched superb in relief, going all 4 innings, earning the save, giving up just 1 hit, walking 1 and striking out 2.

The offense came alive in the second game as well as they managed 10 hits (only 9 in the first game, but these did a lot more damage, plus Milwaukee walked 5 in the first 2 innings). LF Tyler Neslony was 2 for 3 with a home run while Eric Gutierrez and Tanner Gardner each had 2 hits in 3 attempts, each driving in 1.

Texas Tech received another stellar pitching performance, this time from freshman Erikson Lanning, who pitched 6 innings and gets the win, giving up just 1 hit, walking 1 and striking out 5 along the way. Hayden Howard pitched two innings in relief, giving up just a hit and Parker Mushinski closed out the final frame without incident.

The offense hammered home 15 hits, led by 3B Ryan Long, who went 3-4 with 4 RBI on the day, while SS Orlando Garcia, RF Stephen Smith, 1B Eric Gutierrez, CF Tanner Gardner and 2B Michael Davis all had two-hit games.