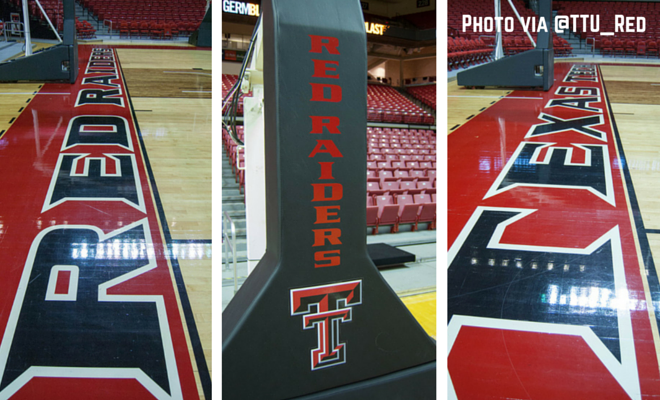 The Red Raiders travel to Waco to take on the Baylor Bears in a pivotal road game for Texas Tech.

2. Baylor had a short slide before beating Kansas State earlier this week, winning by 10 on the road is a pretty good result. Texas and West Virginia beat Baylor last week, losing at home to the Longhorns, by 18 or so, and also losing at West Virginia on the road, by 11. The Texas game was a bit strange and unexpected, at least for me, but overall, Baylor has been very good.

3. Baylor was without Rico Gathers against Kansas State, sick with the flu, but he should be back (and I’ve got him in the starting lineup) for this game. For Texas Tech on the injury side of things, Norense Odiase could possibly return sometime in March, if things go well, per the LAJ’s Krista Pirtle:

“They say he’s progressing well,” Tech coach Tubby Smith said. “He’s still on track. They like the way he’s healing. They took him out of the hard cast and put him in a boot so now he can just walk. That’s a real positive sign. I’m not sure when we’ll get him back. If anybody can get back and get ready, Norense can.”

4. With Gathers back and without Odiase, this is going to be tough for Texas Tech inside. Temple and Ross are going to have to be terrific in terms to guarding the guys inside. And to be honest, Motley and Prince are loads inside. Tubby Smith talked about playing Baylor inside:

“We’ve got to take care of the ball better,” Smith said. “We have a tough time guarding them in the post. Rico Gathers was ducking in on us all night long, and we really had no answer for them in the post. I remember we had Norense Odiase in the lineup and his quickness at the time. It was really a challenge for us to defend them. Transition defense, and we really have to make shots. Devaungtah was making shots early in that game and had a good game at Baylor last year. He’s player better so hopefully that will play into it. We need to have balanced scoring that we had against Iowa State in order to compete with Baylor.”

5. Texas Tech has struggled on the road, normally, this is a situation where Texas Tech struggles to score, gets down early and then things somewhat out of hand. Baylor, most likely, won’t be clamping down on defense, but that offense is elite for Baylor and that’s the concern, Texas Tech keeping pace. It’s also been rough for Texas Tech on the road, only 1-5 on the year, in fact Vegas had Baylor as only 8 point favorites to open, but that line has moved to 9.5 to 10 now that the game is here.