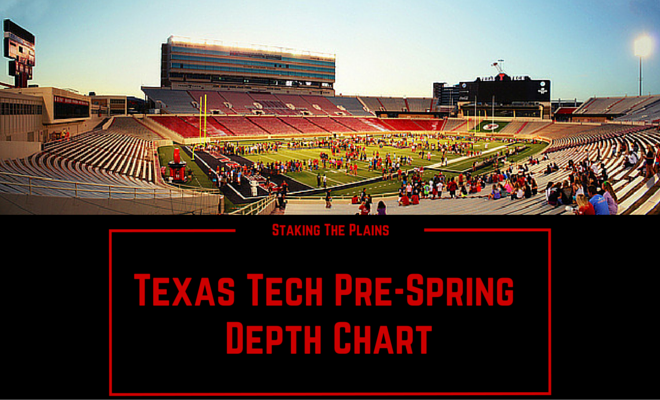 We take a look at the pre-spring depth chart for the secondary as the safety position is now a bit thin after two post-season transfers.

Ed. Note: The black box next to a player is a full year of eligibility remaining and the grey box means that they had a redshirt available. For example, Breiden Fehoko played as a true freshman, but he still has a redshirt year available to him, much like Dylan Cantrell took this year.

This one position that just has to get better. I’m fine with Bethel on one side, but the other side and Madison playing the nickel is killing Texas Tech on so many levels. I always hate calling out players because I can’t do what they do, but I think we all saw how Madison struggled so often. Maybe it is his size, or lack thereof, and I think it’s clear that Madison doesn’t have top-end speed so that receivers don’t run past him. And it seemed like there were a handful of times against LSU where Nelson was over-matched physically. this is the part that stinks about this job, which is that guys like Madison and Nelson, are by all accounts great guys, but they struggle to cover.

I’m really hopeful that Polite-Bray, after sitting out this past year with an injury, could be that guy on the other side along with Banks. Banks flashed at times, but he was inconsistent. I’d also be curious if Banks would be eligible for a redshirt year since he played so little this past year. I also couldn’t tell if he had three years to play two or just two years.

There is not a lot of depth here. Not very much at all. With the graduation of J.J. Gaines and the departure of Derrick Dixon and Jalen Barnes, this position looks even more thin. And I think it depends on if Jamile Johnson plays safety or linebacker. I think that Johnson and Ward are both physical enough, but they don’t erase bad plays. Whether it is bad angles or just being out of position.

From all accounts, the staff very much liked Taylor and he is already bigger than any other safety on the team other than Ward, but he’s got 3 or 4 inches on Ward to maybe take away some of those big plays. I don’t know anything about Hendrix other than he saw some time in limited action this year.  Hendrix was a highly rated player coming out of high school and a terrific athlete. He needs to turn it on. And ideally, I think Gibbs would love a guy that is this terrific athlete roaming center field, but that may not be on this roster. I wish it was though.