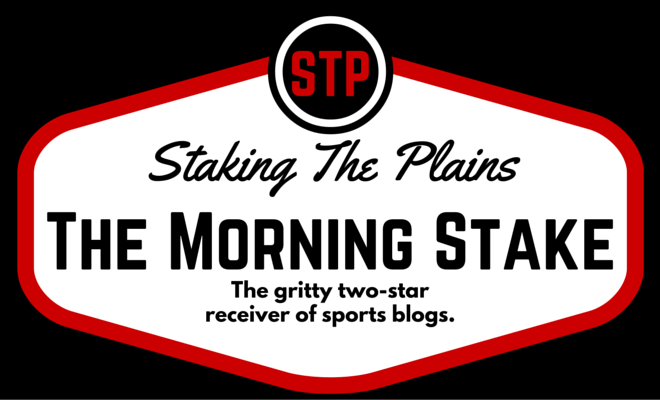 Sheryl Swoopes is nominated for the Basketball Hall of Fame. The baseball team is ranked #39 in the first preseason poll of the year and Derrick Willies is projected as a top impact wide receiver in the Big 12.

Dean averaged 11.7 points, four rebounds and 3.7 assists over Texas Tech’s three wins last week. She recorded her second 20-point performance in as many weeks, which came against Grambling State.

Dean went 8-13 from the floor against the Tigers, 1-2 from the three-point line and 3-3 from the foul line to get to 20 points. She was perfect from the charity stripe in the three games, hitting all seven of her attempts.

Red Raiders Ranked #39 in Preseason. College Baseball Daily has their top 40 teams and ranks the Red Raiders at #39 in the preseason. Other Big 12 notables are TCU at #15, Oklahoma State at #25, and Texas at #40.

Kaster Discussed. LAJ’s Don Williams writes about how C Jared Kaster was recently written about by the Washington Posts’ Rivers McCown in that Kaster was a player highlighted by McCown for leading the team that has the best rushing success rate in the NCAA and the top three in adjusted line yards, Power Success Rate and Stuff Rate. There’s some advanced stats stuff there from Don, which is surprising as I haven’t seen Don dip his toe into the advanced stats stuff, but there you go.

Depth Chart Actually Changes. Yes, it’s true. The official site (PDF that takes a while to load) has the game notes and after almost an entire year of not being updated, was updated for the Texas Bowl game, namely, that Ja’Deion High is the starter at X-receiver with Tony Brown backing him up after Devin Lauderdale has been suspended. Also noted is that Justis Nelson is the back-up at strong safety behind Keenon Ward. Meanwhile, Talor Nunez is still backing up Branden Jackson and Dylan Cantrell is still the starter at Z-receiver (if you are at all perplexed, Nunez and Cantrell have been out for the year and will most likely be out for the last game as well).

Most Impactful JUCO Signees. ESPN’s Max Olson lists the most impactful junior college signees for the 2016 class and has WR Derrick Willies as the player having the most impact:

Scouts take: Willies is a very good player that should have an early role, especially as a jump ball guy. He could be a guy that works out of the slot to work against zone coverage. His size is his greatest asset and he catches the ball very well in a crowd. May have some speed limitations against top level DBs.

Most Efficient Offenses. ESPN’s Brandon Chatmon breaks down the Big 12’s most efficient offenses, concluding that Oklahoma and Texas Tech are the best of the bunch.

What It Takes. DMN’s Michael DuPont has a write-up on the game between LSU and Texas Tech that you should go check out.

Mills Readies for Texas Tech Pass Defense. Nola’s Jim Kleinpeter writes about LSU defensive back Jalen Mills, who is playing his last game as a Tiger, and is looking forward to playing Texas Tech’s offense:

“Everybody knows Texas Tech’s offense is a fast, high-tempo offense,” Mills said. “It’s something us defensive guys have to be in shape and be able to communicate 100 miles and hour. That’s how fast those guys go.

“As a secondary this is the type of game you look for. Use your technique a lot of spacing routes. They’ve got a couple of guys who when they get the ball in their hands are very explosive.”