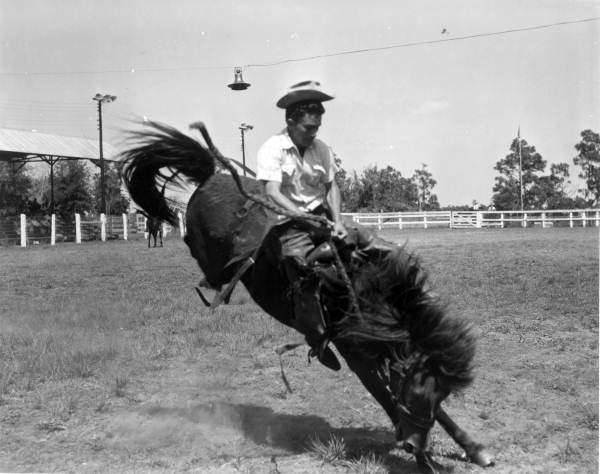 The small Oklahoma community has shouldered more than its share of heartbreak in the last 15 years.

Any single tragedy that strikes a college athletic program and by proxy, the community it calls home, is one too many. But last Saturday morning in Stillwater, the residents of the small college town endured their third shocking and heartbreaking loss of life since 2001.

For reasons yet unknown, a 25 year old woman left work, got behind the wheel of her car and plowed into a crowd of Cowboy fans celebrating Homecoming at their parade through the streets of town. As of now, four have died, including a two year-old boy. From the Stillwater News Press:

Eyewitnesses said the vehicle was heading south on Main Street about 10:30 a.m. when it struck a parked police motorcycle before running through a crowd of spectators who were sitting and standing on the blocked-off Main Street at the intersection with Hall of Fame Avenue.

Bodies were scattered throughout the intersection and hundreds of spectators and likely eyewitnesses appeared to be in shock as they tried to process the scene and help the wounded victims.

For a moment last Saturday, school officials considered postponing that afternoon’s game against Kansas. In the end though, the game went ahead as scheduled. Some consider the decision obtuse. Of course, for those most closely affected, a football game would be last on a list of immediate priorities. But for those involved on the periphery; those heartbroken but whose lives remain largely intact, three hours watching their favorite team play was (and is) a welcome escape.

And now this Saturday the Cowboys will roll into Lubbock with still heavy hearts and an undefeated football team. I know the fine folks on the South Plains will welcome them to town with Hub City hospitality and a little rowdiness as afternoon turns to night. Because for the all the back & forth and chippyness that goes along with this game and the relationship between the schools overall, there’s really not much that separates the two communities. Both want what’s best for their kids. Both want peace and prosperity and a warm bed to sleep in at night. And both want their football teams to kick the other team’s tail.

Texas Tech fans are feeling deflated after an unimpressive showing by the Red Raiders in Norman. But it’s all relative, really. It’s all just a brief escape in the end.

OSU President Burns Hargis spoke on Saturday afternoon after the unthinkable happened again. “The families, I know, and these victims will never be able to understand this, nor will we,” he said. “But the Cowboy family pulls together, unfortunately we’ve had to do it before and we’re going to do it again.”

We in Raiderland are praying for you, and we know that you will pull through.