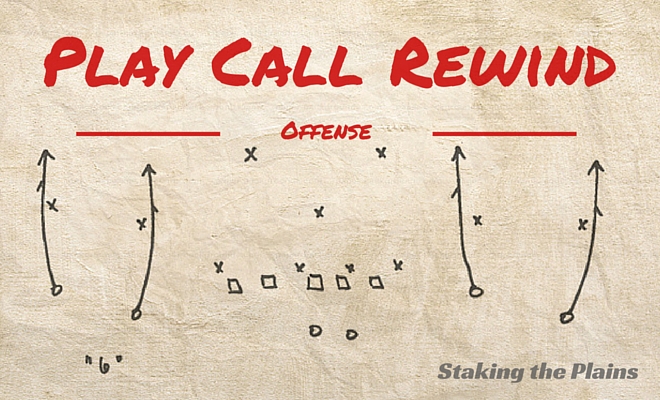 This week, we look at another staple play of the Air Raid offense.

Thanks for hanging around after I missed last week while I was out of town. Let’s get to it.

This week, we’re looking at a staple of the Air Raid offense, the curl route.

If you all remember our previous discussions on the fundamentals of the Air Raid offense, this is certainly one of them. The point of this route/route combination is to get get receivers open in space. The curl routes run to a certain depth and then break back towards the quarterback. When the QB and WRs having their timing down right, the ball should be arriving at the WR right after they break back.

The offense was lined up with five receivers, two to the short side and three to the wide side. 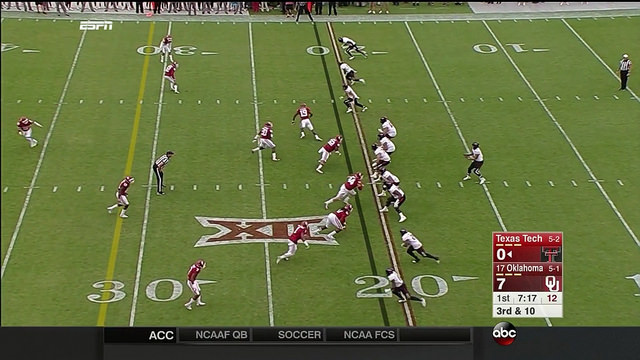 On 3rd and 10, Oklahoma is defending the sticks, trying not to give up the first down. They also showed blitz with Striker (#19) and #30. After the snap, they bailed back into coverage. 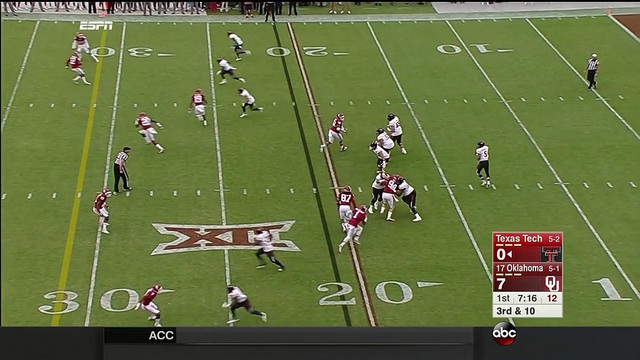 Oklahoma ends up blitzing a defensive back from the short side of the field and had a safety roll over the top. But the receivers are all pretty much heading straight upfield. The routes all curl at 10 yards to pick up the first down. 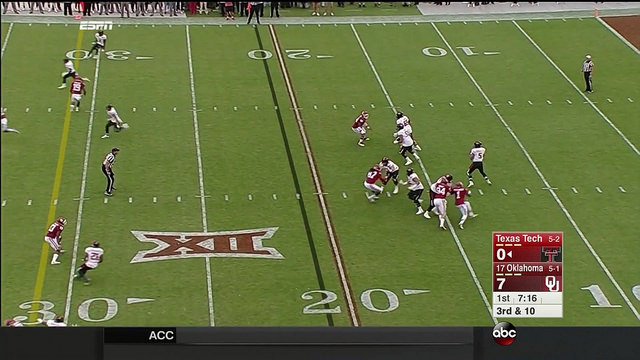 At this point, you can start to see the receiver breaking into their curls, starting at the very bottom of the shot with who I presume is Lauderdale. Ian Sadler, the eventual receiver who ends up with the ball is in the middle of the field, which is WIDE open. Also notice the giant hole in the offensive line between Kaster and T Morales, an excellent throwing lane to get the ball up the field over the middle. 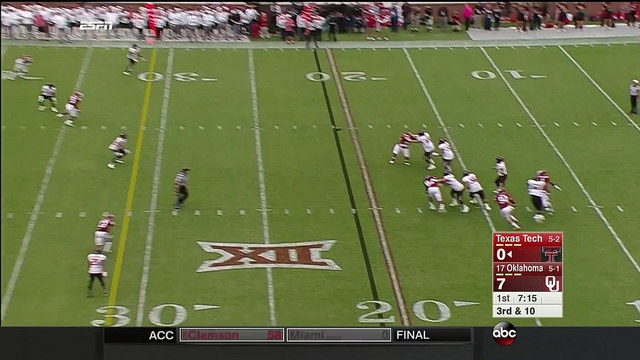 In this shot, you can see the ball in the air (basically over the far side hash mark at the original line of scrimmage). Without any defenders around, Sadler has very little pressure on this catch. The hole opened up with Striker and #30 dropping out into coverage, but you can see that Davis is also open on the far sideline, however, if Mahomes were to have thrown to him, the ball would have needed to be out a little earlier with the cornerback recovering as quickly as he did. 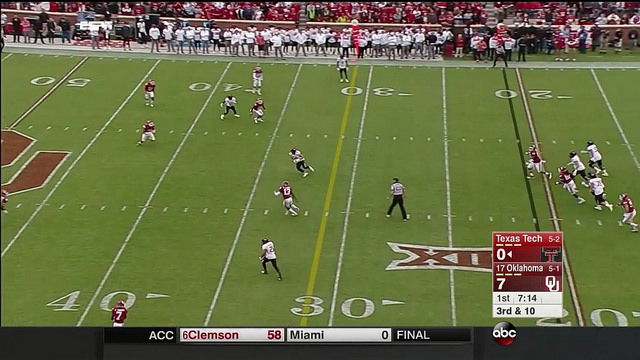 And this final shot is after Sadler completed the catch and is turning upfield. You can see that the Oklahoma secondary had a breakdown with #19 and #30 dropping into coverage into the same area as they have 4 DBs on 2 receivers, leaving Sadler all alone in the middle of the field.

When you think of the essential Air Raid principles, getting receivers into space is paramount. This curl route combination runs several receivers to a specified depth, this time was at the first down line, and then the quarterback need only read which defensive back is far enough off their receiver to make the throw.