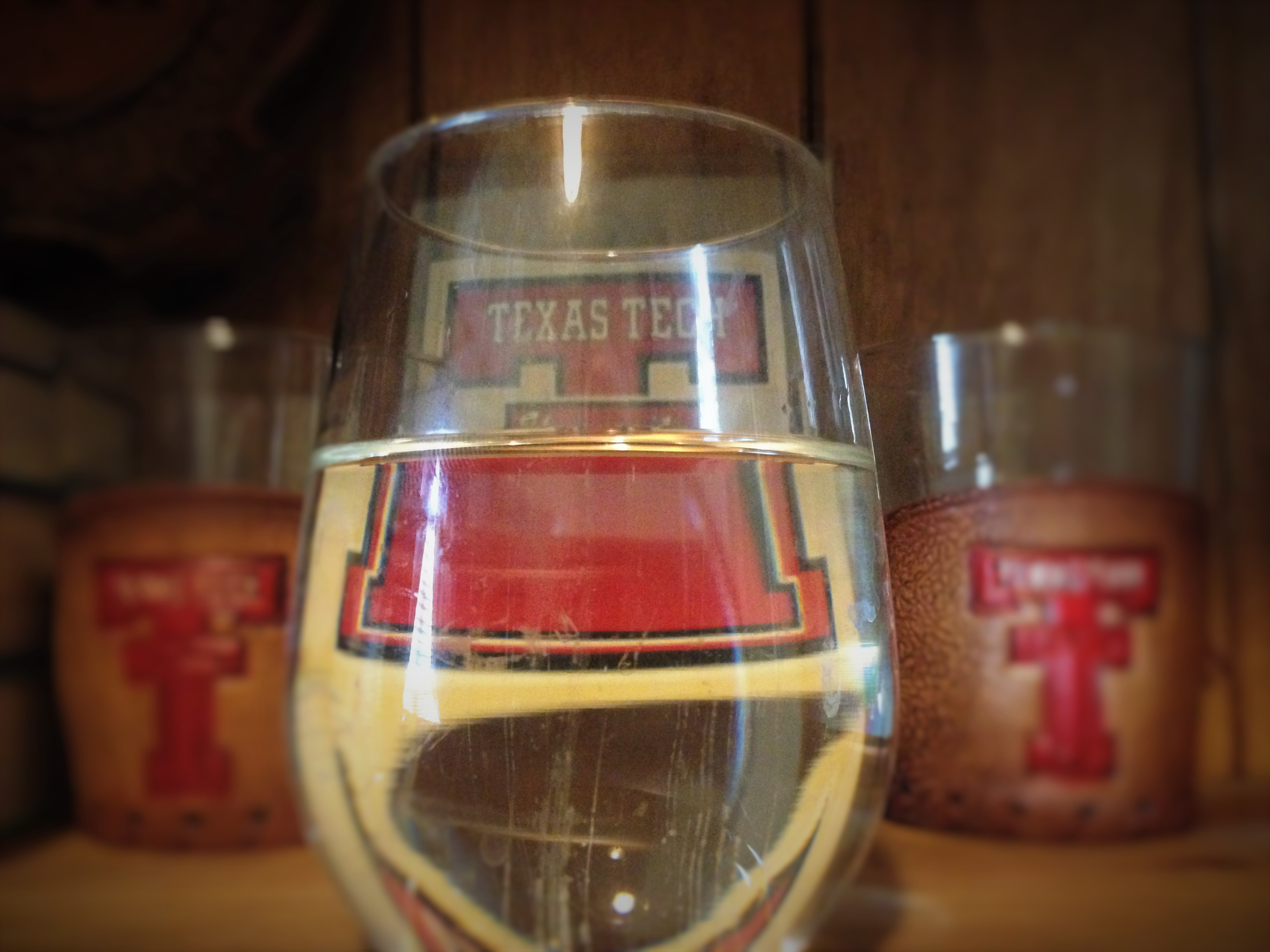 Sometimes we’re thirsty and we don’t even know it.

In the hectic few minutes before loading my boys up and driving them to school, I’ll often grab a bottle of water from the fridge on the way out the door. Not necessarily from thirst but rather because drinking water is something I need to do more often as the years zoom past. That bland, tasteless bottle of water is more necessity than desire.

But on those rare occasions when I find a free thirty minutes and am able to go for a much needed run, the water afterward takes on a different enjoyment. Those flimsy bottles are the first thing I look for when I’m done; the necessity is equal to the desire. The water is the same in both instances, it’s my thirst for it that’s different.

On Saturday afternoon, about two hours before the Tech/TCU kickoff, I finished a run and thought about the dichotomy of water described above because, as Seth likes to say, I like to party.

Water has long been used metaphorically to prove a larger point. Whether it’s Bruce Lee encouraging you to “be formless, shapeless, like water,” or David Foster Wallace encouraging college graduates to approach the pending mundaneness in their day to day lives by rethinking how they choose to live in each moment–like the prisoner that doesn’t know he’s locked up; like young fish that don’t realize they’re swimming in water.

It is also the most common way of differentiating between those most optimistic and pessimistic among us. Everyone identifies with either being half-full or half-empty, depending on how he/she sees a simple glass of water.

Which leads to a larger point of my own. Watching that game on Saturday I realized how badly I’ve vacillated between agony and joy in the last six years of Texas Tech football, and most times it was the former. It started in 2009, on a humid September night in Houston, when Mike Leach passed up a sure field goal (and probable win) to stubbornly run a QB sneak on 4th and goal. Walls were smashed, Twitters were suspended and nothing again ever felt right. The tumult carried on for the rest of that season, famously ending with Leach’s firing. The next three years were a dull bore, with the only real highlight coming that glorious Saturday morning when Tommy Tuberville walked away.

And Kliff Kingsbury’s first few years provided none of the stability that the fan base was so thirsty for.  A blazing start was overshadowed by departing quarterbacks and an obvious lack of discipline on the field. Then, in year two, the wheels fell off. Many (including me) began quietly wondering whether Kingsbury was in over his head. There was still Red Raider football every Saturday, but my desire wasn’t always there.

Last Saturday changed that. While the end result wasn’t ideal, the team on the field was superior to any we’ve seen in many years. There were few penalties, a powerful ground game and a defense that, while you can’t see it from just looking at stats, gave the team a real shot to win–against one of the best offenses in college football.

On top of that Patrick Mahomes is proving to be the kind of player that can galvanize a fan base–also missing  since Graham Harrell played his last game as a Red Raider. His hip injury early on Saturday diminished his mobility and took the precision off his throws which quite possibly robbed Tech of a win. But his effort in that game is one where legends are sometimes born, particularly if he can add a bevy of wins and touchdown passes over the next three seasons.

Also on Saturday was the reemergence of real nerves while watching a college football game. Sure, there have been fleeting moments of joyful panic in the last six years, but they haven’t been lasting. I haven’t lost sleep over a college football game in a long time, but I did on Saturday night. So many what-ifs, so many if-onlys have dominated my thoughts over the past several days.

Living this way, from Saturday to Saturday, based on the performance of a 100 guys that don’t know who I am, can’t be healthy. So I’ll keep grabbing that bottle of water every morning in the mad dash to get to school on time, drinking that bland and tasteless water; biding my time until the next Saturday when the necessity of life’s mundaneness is replaced by the desire to quench a long forgotten thirst.

Because in that millisecond that it took for the football to bounce off Josh Doctson’s hands and fall softly into the arms of the diving Aaron Green, I realized just how parched I’ve been.