We take a look at a new play installed this week that was hugely successful.

If we ever thought that Kingsbury and offensive coordinator Eric Morris had a static playbook, this play certainly proves the contrary. This week, we look at a speed option play with a reverse built in that ends with the receiver gaining tons of yards with much more (and points) possible.

This formation is starting to appear more and more regularly across college football and something that Texas Tech has installed this season.

For this play, you’ve got two receivers to the left (eventually the playside of this run), DeAndre Washington at running back, Quinton White at FB and Reginald Davis as the other outside receiver that comes back on the reverse. 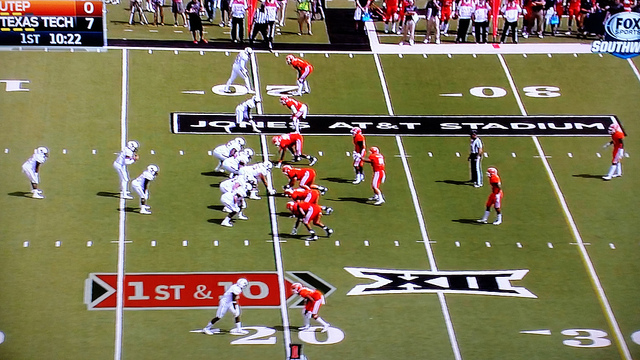 And for those that have an eye for detail scanning the formation before the snap, if you see two receivers on the same side of the offensive line, lined up on the line of scrimmage, the inside receiver is not an eligible receiver, which will typically indicate a running play since an offense will rarely make a receiver ineligible outside of blocking for a run play.

At the snap, the offensive line down blocks to the right and Mahomes and the backs head to the right to start the speed option play.

Following the snap, the receivers are headed downfield, except for the Davis. He did take a step forward and then headed back towards the option. You can see the reaction of the defense, reading the speed option and the offensive line all flowing in the same direction. The linebackers are attacking the line of scrimmage and following the QB, RB and blockers. 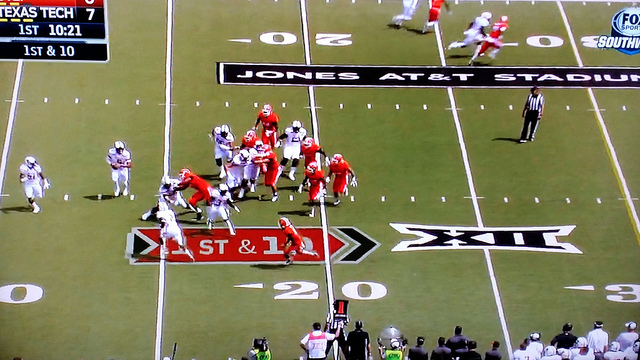 At this point, all of the defenders in the box are crashing hard and if this was a standard speed option play, the defense has this pretty well defended. Also, notice LeRaven Clark in the middle of the frame. He’s dropped his block and is making his cut back to lead block for the reverse. 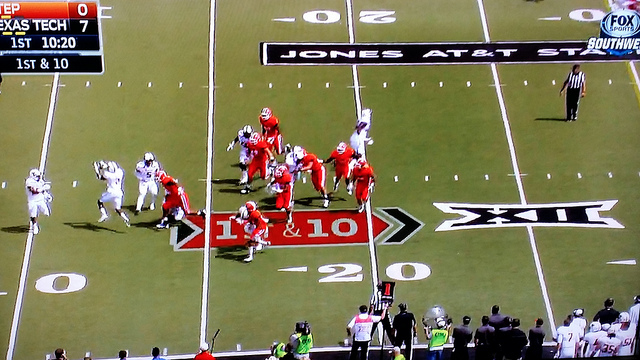 Here, Davis is receiving the reverse pitch at the same point Washington would have been receiving the pitch had it been a true speed option play. You can even see Washington faking receiving pitch (and maybe to ensure someone grabbed the ball if Davis missed). Clark has his back to the mass of defenders and is picking up where he’s going and who he’s going to block. Notice how the action of this play has completely opened the wide side of the field ahead of Davis. 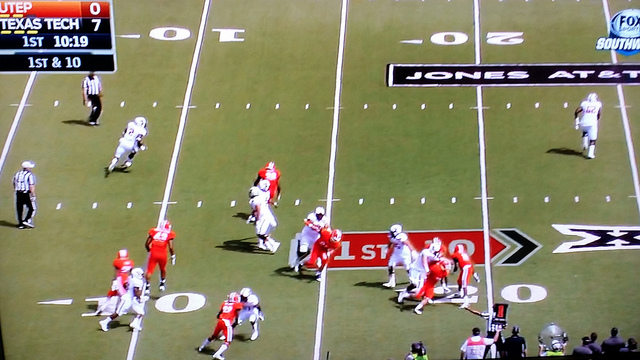 Davis has the ball and is turning upfield and you can see how Clark has broken free to block downfield for Davis. 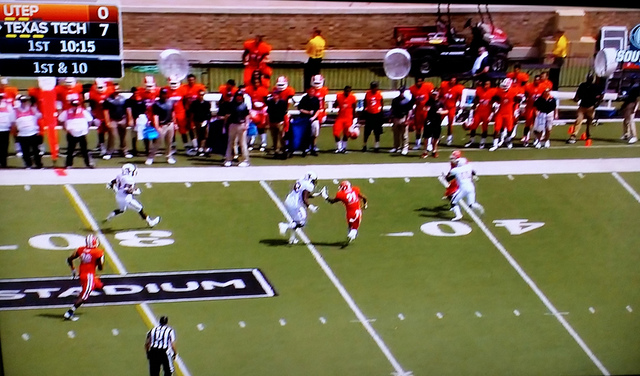 This screenshot shows that Davis is already crossing the first down line and is coming up on the first defenders. Clark has picked up a defensive back and one of the receivers is also maintaining a block near the sideline. Davis eventually gets mixed up with Jakeem Grant and his defender as he tries to cut back inside. Had Davis made the cut a little sooner, it’s possible he could have picked up a lot more yards and possibly score since the entire defense flowed to the opposite side of the field. As it turned out, though, the play picked up more than 15 yards and a first down.

What did you guys think of this new play?