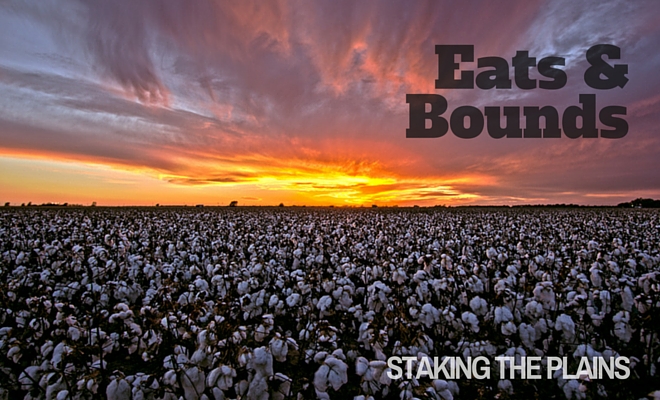 It’s football season, fall is on its way, and things just keep getting better out here on the South Plains. Life is so good.

Lubbock is changing. Take a drive on Milwaukee, pass by 34th on the west loop, or head west from US 87 on FM 1585. A lot is shaping up in our West Texas town. Below is a quick list of new restaurants that have opened since the beginning of the 2014 football season.

Evie Mae’s Pit Barbecue
Brownfield Hwy & U.S. 62, Wolfforth, TX
More on this one below… it could put Wolfforth on the map

If you’re interested to see what else is coming to Lubbock, including a huge new shopping center off of 34th and the loop and a Southwest Lubbock Spanky’s location, check out Lubbock in the Loop.

The Office
The After Party

Recommendation of the Week:

The eagle has landed. Evie Mae’s is some phoenomenal barbecue, and I’m not the only one who feels this way. Daniel Vaughn, Texas Monthly’s BBQ editor and possible all-time holder of my “Best Job on the Planet” award, made the trip to Wolfforth back in May:

These (pork) ribs had some sweet, a little spice and smoke, and enough black pepper to round it all out. This was the kind of rib I wish I could find at the judge’s table, and the tenderness was competition-worthy. When pitmasters talk about balancing out their “flavor profile,” this is what they mean.

Evie Mae’s serves pulled pork, brisket, sausage, pork ribs, and beef ribs along with a variety of excellent sides including green chile cheese grits. They’re currently only open for lunch from Thursday to Saturday, so if you time it right, you could swing by before the game. And by “time it right”, I mean show up when they open at 11am, if at all possible. There can be a bit of a line.

And if all this wasn’t enough to get you on the Brownfield Highway, these guys are Red Raider tested and approved after catering for the football team at the end of their first practice.