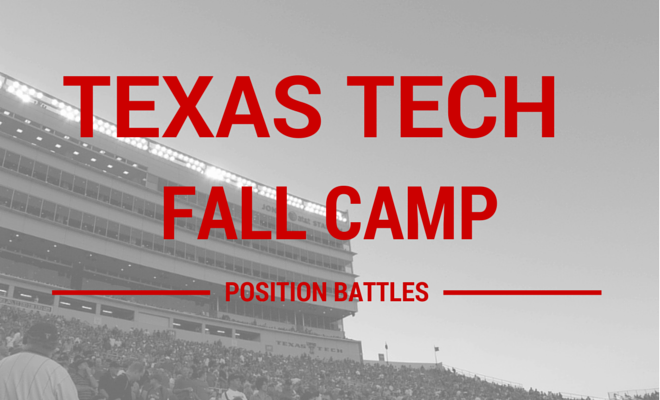 The last position battle to take a look at is the strong safety spot, although there may not be much of a battle.

MeestahRogers: This one seems too simple. I don’t mean any disrespect to Jalen Barnes, but Keenon Ward is one of your starting safeties, no question. With JJ Gaines’ move to CB, it really solidifies Ward’s hold on that starting role. He has been able to progress steadily throughout his two years of playing and continues to impress. At over 200 pounds on his 5’9 frame, Ward is a thick dude. I feel more confident in his run support skills than pass coverage, but I am looking forward to seeing Gibbs’ work with Ward in coverage situations. Much like the other safety position, if Ward were to go down, Barnes and possibly even Gaines stepping in does not make me nervous. DB is one of the positions of strength on this team and I think that will only continue to be so as long as Gibbs is around. VERDICT: Ward

Brian: I feel very comfortable in saying that Ward is a proven commodity and one of the more reliable players on the defense last year. I fully expect him to anchor the new look Gibbs secondary and provide some leadership for the young (but still quite experienced) group. The comforting thing about this unit is that if, Gilbert forbid, Ward does go down, Barnes saw a fair amount of time last year and should be able to fill in without a dramatic gap in ability. There’s also senior JJ Gaines (coming off injury), and a spoil of riches in terms of depth at the position, which is a welcome change of pace from what we’ve previously seen. I’ve tried to be careful about getting too excited about what Gibbs can do in just a single off-season, but if his philosophy takes with this secondary group? Whew. VERDICT: Ward

Seth: This doesn’t seem like that much of a competition as Ward has been the starter and he’s done a pretty terrific job despite being a relatively unknown 3-star quarterback prospect that’s become a really talented safety. And without this getting too complicated, I think Ward’s biggest problem really isn’t his problem, which is the idea that he really hasn’t had a competent backup for the past two years. It’s been make-shift at best and with Barnes, Hendrix and Johnson, I think what we have is some competent backups and competition. It’s going to be Ward, but I hope Barnes pushes him the entire season. VERDICT: Ward