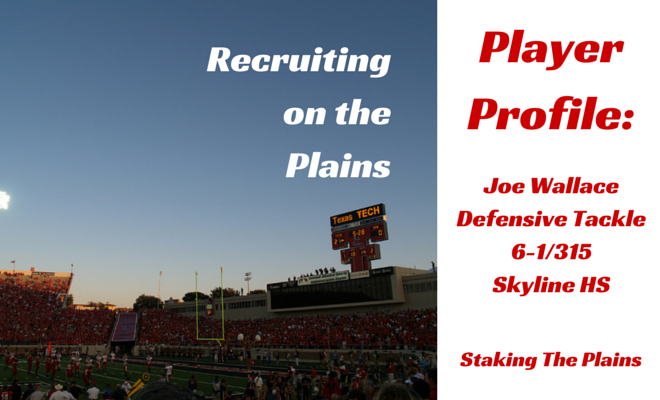 Texas Tech received two commits on Sunday evening and we’ve got the player profile on Joe Wallace up first.

The Player Speaks: Nothing yet.

Scouting Report: Wallace already possesses what a lot of tackles do not have at his level, which is legitimate Division I size. Wallace’s Hudl bio says that he’s at 315, but everywhere else says that he is at 330. Either way, if he’s close to that size, then that’s a huge first step. The other really impressive part is that Wallace does not appear to be just a guy that has size, but he’s overpowering opponents on the defensive line and he’s beating opponents as long as he’s not double-teamed. It’s unfair, and he’s beating good teams, as there are a few highlights from Allen, which would be Cody Wheeler playing center (making an assumption here). Wallace also appears to be well-balanced and for a guy his size, he’s plenty quick. Being 6-0 or so will help keep that balance that goes along with his size.

Joe, welcome to Texas Tech and Git Your Guns Up!