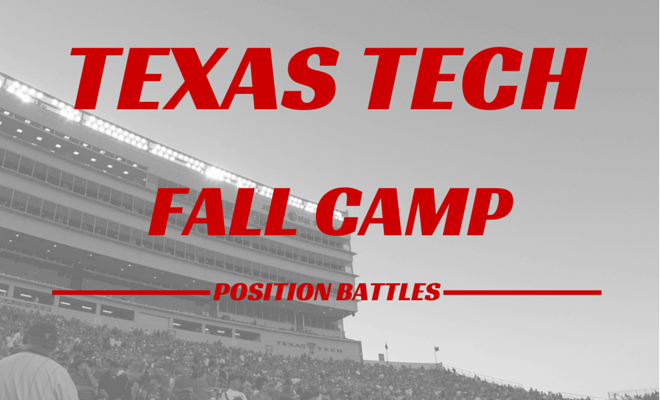 The right tackle spot almost looked like it is locked up with Justin Murphy, but Baylen Brown could flip outside.

Tale of the Tape

MeestahRogers: Returning 4 starters on your offensive line does afford you a little leeway in breaking in a freshman in the group, much like how we saw Baylen Brown work into the rotation. Murphy did get the nod for the spring game and while Lee Hays mentioned that Brown might flip outside to tackle, he’s got all of his experience at guard. I think leaving Brown at guard and working Murphy at tackle makes for a stronger line than teaching Brown a new position and playing a freshman. VERDICT: Justin Murphy

Brian: With the offensive line expected to be one of the strengths of the 2015 team, it could easily turn into a liability in 2016 with all of the youth behind this year’s starters. Clark originally started at guard before moving to tackle in 2013, and I’d be interested to seeing the same happen with the similarly sized Brown this season, particularly if Hays thinks he has the ability to play the position. Besides putting starting experience on the edge, Brown’s move outside allows for either Robert Castaneda or Poet Thomas to start seeing time at the slightly more forgiving guard spot in between two experienced starters. While this doesn’t necessarily solve all of the issues for the left side of the line in 2016 (barring somebody switching sides), I would still feel better about where the OL would be going forward with Brown’s experience on the edge* VERDICT: Baylen Brown

*This is of course all under the caveat that Brown actually takes to the move half as well as Clark did.

Seth: When Murphy first committed, it was as clear as day that he had the best footwork that I had seen from any player. It was darned near perfect, the base wasn’t too wide, he didn’t get hung up crossing his feet, it was just so spot on. I never really envisioned Murphy being a left tackle, because he might lack a bit of athleticism, but he always seemed like a right tackle in the making. Earlier this week, offensive line coach said that they were moving who we thought would be a likely contender, Poet Thomas, to the inside and that Baylen Brown would go outside. This is actually pretty interesting and it speaks to a couple of things: 1) If Hays thinks that Brown can flip positions, that makes him incredibly valuable; and 2) That this might be a better competition and push Murphy that much more. I don’t know that Murphy had much, if any competition in the spring other than Thomas, but if Thomas was moved because he wasn’t pushing the competition needle, then I can almost guarantee that Brown will push the needle and this competition becomes that much closer for me. I’m still going with Murphy, but it’s pretty close. VERDICT: Justin Murphy