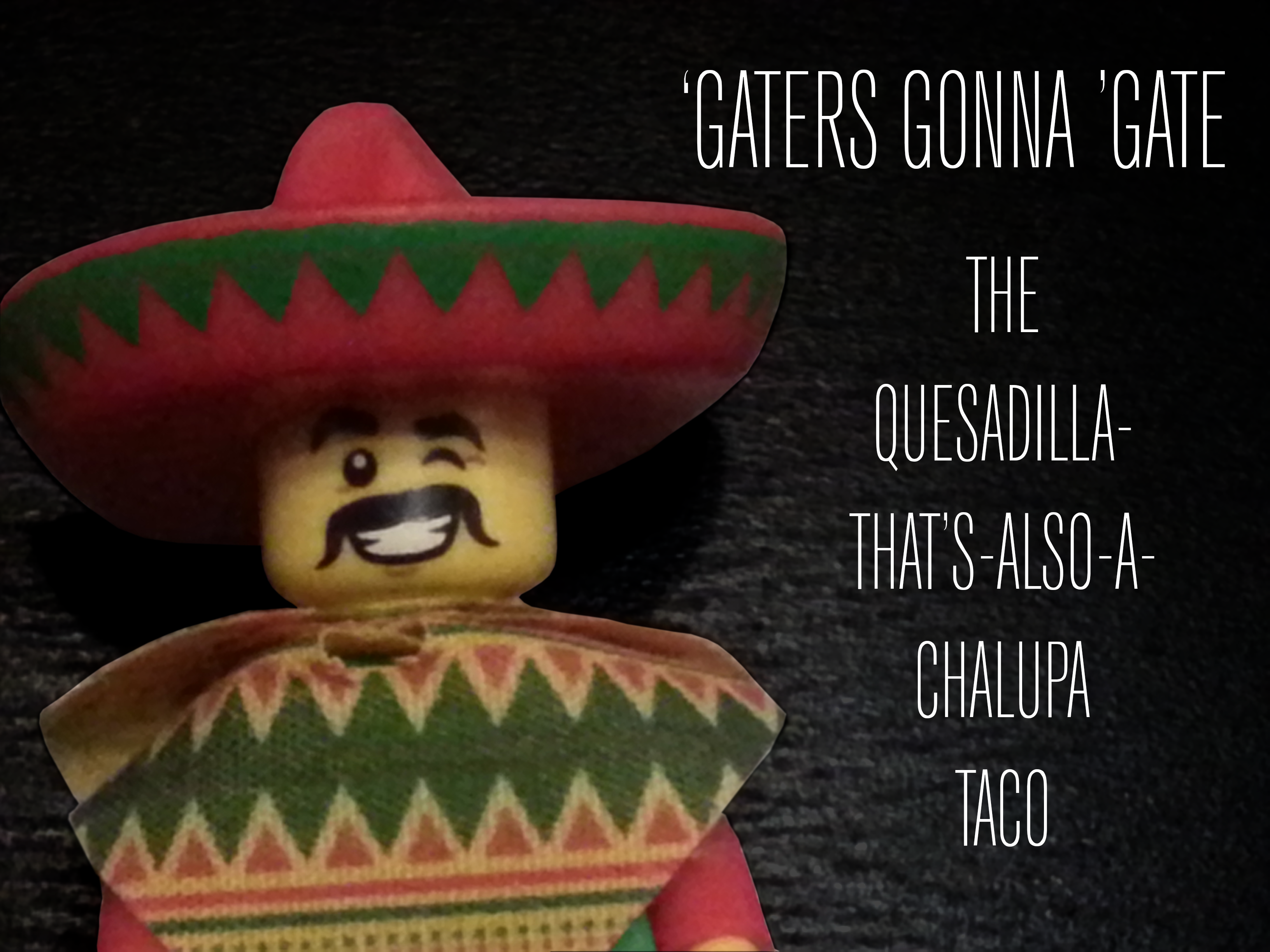 It started out innocently enough. Just a cook with a dream and a portmanteau, somewhere in a test kitchen, devising a way to make the world a better place. But the Man? The Man had a different idea. The man took this idea, this edible Prometheus’ Fire, and decided that this gift isn’t for the world, it’s for a town. The town of Toledo, Ohio, to be exact.

This injustice will not stand.

My esteemed colleague, Michael_LSRR (nee LoneStarRedRaider), first brought this to my attention when he published this article on this site’s inaugural day, and ever since we have been scheming on a way to bring this delicacy to you, the Red Raider faithful. And so, in honor of the first Gaters Gonna Gate, we decided there was no better way to kick-off (football term) a series than to trail-blaze by inventing a new recipe. Without further ado, I bring to you. . . The . . .

*Self-rising flour can be used here as well, just omit the baking powder and salt as     that’s already mixed in.

*If you don’t have have these readily available or don’t want to make an effort,, get a     medium sized tub of Bueno green chiles in the frozen food aisle

A NOTE ON YOUR LEFTOVER OIL: Don’t pour this down a drain. As it’s oil and not grease, it probably won’t congeal, but it’s better safe than sorry. Pour it into another container, preferably one with a lid, and throw it away.

NOSTALGIC VARIATION: My crack team of test eaters noted that the shells taste incredibly similar to the fried cheese from a certain Lubbock hamburger joint that’s right across from campus. That said, you can simply form the rounds into sticks, fry them, and serve with marinara or ranch. Versatility!

Special thanks Michael_LSRR for helping me figure out the recipe, and to my friends Ann, Greg, Ted, Gabe, my brother, & his fiancee for braving the waters of this unproven recipe.